Tokyo , Japan - 26 August 2021; Katie-George Dunlevy, left, and Eve McCrystal of Ireland speak to RTÉ after competing in the Women's B 1000 metre time trial final at the Izu Velodrome on day two during the Tokyo 2020 Paralympic Games in Tokyo, Japan. (Photo By David Fitzgerald/Sportsfile via Getty Images)

IRELAND'S KATIE-George Dunlevy and Eve McCrystal have become the first Paralympians to win the Team of the Year accolade at the RTE Sports Awards.

The award is the Irish equivalent of BBC Sports Personality Awards. The pair won two gold medals at the Tokyo Paralympics for cycling. 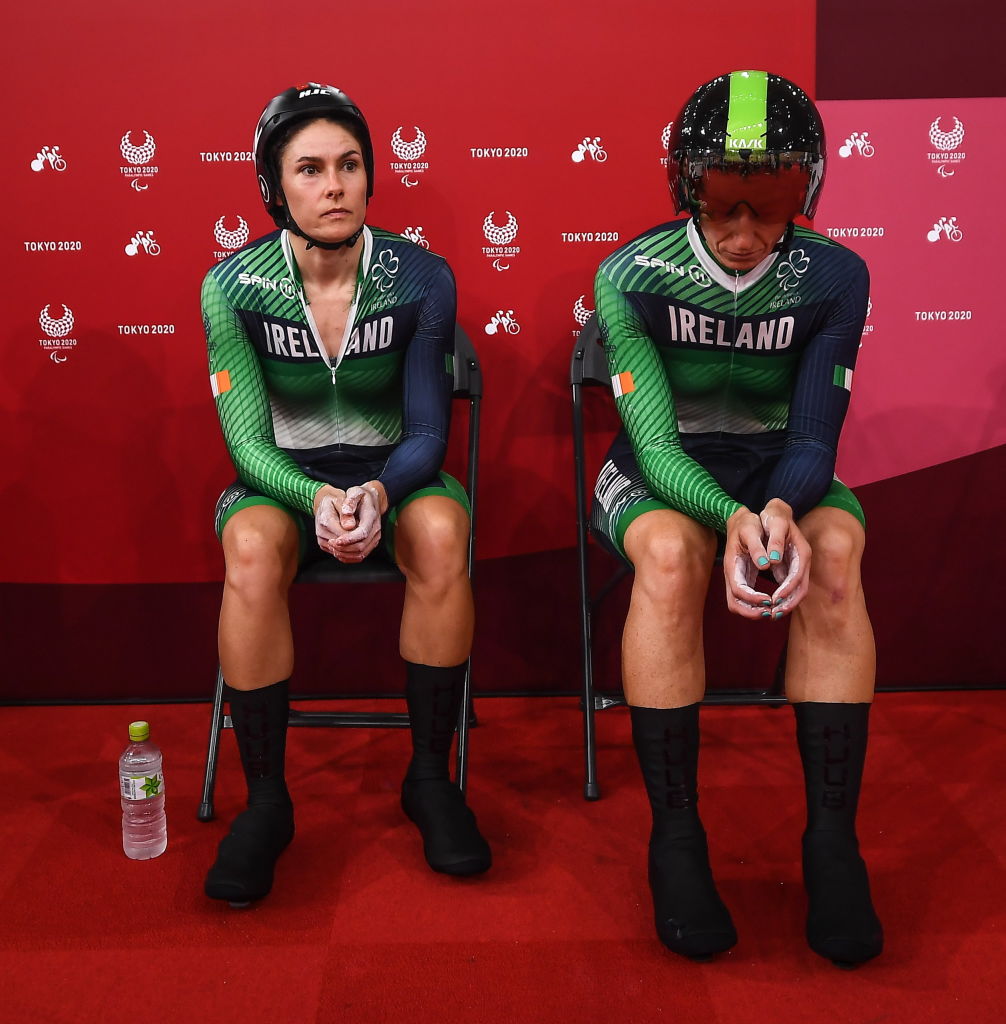 Dunleavy's father is a native of Mountcharles. She tweeted out;

“I can’t believe we’ve won this, we’re blown away.

“It’s been an incredible year and this actually just tops it. It’s a really special moment, I can’t believe we’ve won it.

“This is really for any blind or partially sighted child aspiring to do something with their life, whether it’s sport or not; just believe in yourself and you can achieve. Just aim high and dream big, you can do anything.”

“The last few months have been hectic. I think it’s only sinking in now what we have achieved. To win @RTEsport Team of the Year is so special to us. What a year. Thank you so much to everyone for your support and all your kind messages. Blown away again. Merry Christmas”

Ireland's tandem para-cycling stars Katie George Dunlevy and Eve McCrystal have been named as the RTÉ Sport Team of the Year. pic.twitter.com/DZT58RRFfl

Allianz Hurling League fixtures for the weekend of Feb 11-12