CORK rowing sensations Paul and Gary O'Donovan touched down at Cork Airport on Sunday evening with their Olympic Silver medals and a World Gold medal after an incredible month for the Skibbereen brothers.

Over 1,000 supporters gathered in the Arrivals area at Cork Airport, where just after 10pm their heroes emerged, along with the rest of the Irish rowing team returning from the World Championships.

That was ahead of a massive party in Skibbereen on Monday night, which begins at 7pm, with a crowd of over 10,000 people expected. 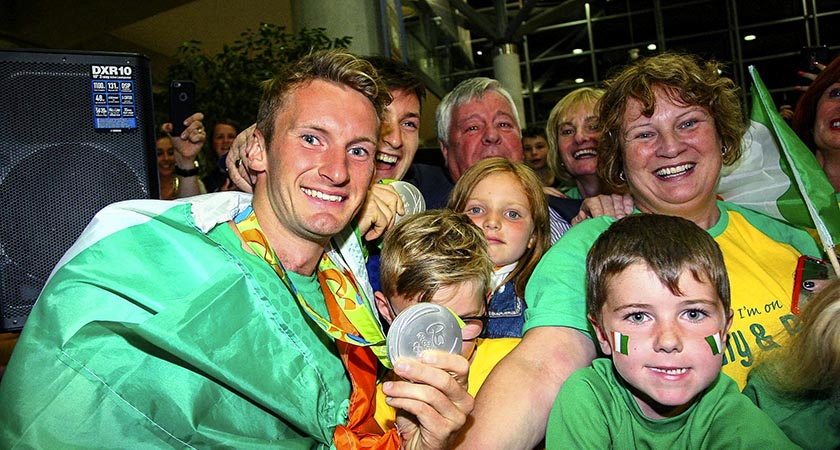 Paul was thrilled to be back on home soil.

“It’s absolutely great,” he said. “It’s brilliant to have so many people out here, and seeing them shouting and roaring for us. We’ll be looking forward to welcoming them again in Skibbereen on Monday night for a big party.

Gary added: “We’ve all the rest of the Irish rowing team here with us today. It’s incredible. It’s great that they all got to be a part of this as well.”

And the lads are looking forward to showing off the medals and sharing them. 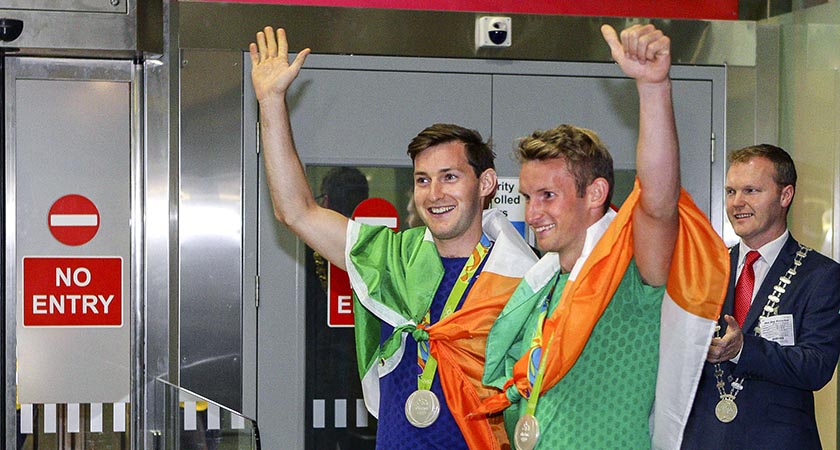 “Oh yeah. Every kid in West Cork is going to want to get their hands on our medals now!

“We’ve been hearing a few rumours that most of Ireland is going to be in Skibbereen tomorrow and we are really looking forward to that!" 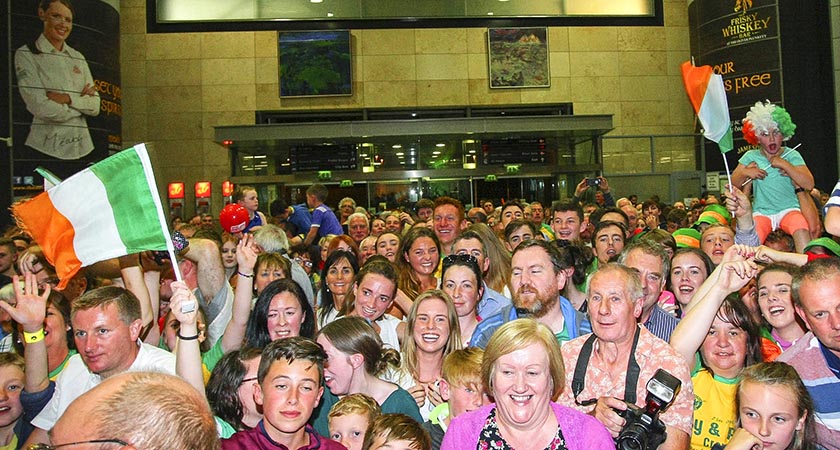 Fans at the homecoming at Cork Airport (Credit ©INPHO/Ken Sutton)

And Paul's plans now are to focus on his studies after the celebrations.

“I’m going back to college anyway on the 12th of September, so I will get on with that.” 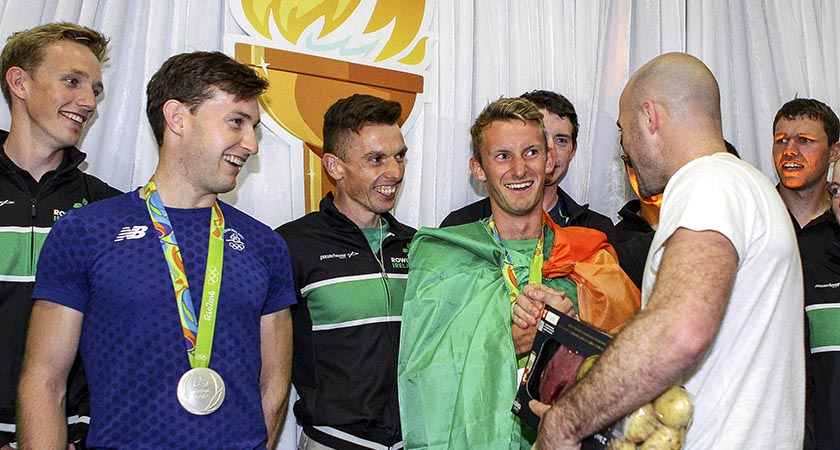 Speaking on stage, Paul said it was overwhelming to receive such support, and that ahead of the Olympics, the brothers could have only dreamed about what was going to happen next!

“We are absolutely delighted to be home. It’s incredible to see so many people out here today to support us. It’s just - it’s breathtaking really. We never thought that going away to Rio that we would come back to this. I’d say it will be mad tomorrow down in Skibbereen again.”

In keeping with the great craic of recent weeks, Cork boxer Gary ‘Spike’ O’Donovan presented the lads with steak and spuds on stage.