Limerick , Ireland - 5 July 2022; Rory McIlroy of Northern Ireland lines up a putt on the 18th green during day two of the JP McManus Pro-Am at Adare Manor Golf Club in Adare, Limerick. (Photo By Eóin Noonan/Sportsfile via Getty Images)

RORY MCLLROY has taken another swipe at the LIV Golf rebels after legal action was taken against the DP World Tour.

The LIV outcasts were handed a £100,000 fine and a ban from this week’s Scottish Open by the DP World Tour.

Rory McIlroy on LIV players: 'You’re sort of basically leaving all your peers behind to go make more money, which is fine. But don’t try and come back and play over here again. This having your cake and eating it is what (causes) the resentment.'

Ian Poulter is one of three golfers to have mounted a legal challenge against the tour. The punishment was overturned on Monday. Justin Harding and Adrian Otaegui also had their suspensions overturned ahead of the event this week.

I think at this stage, if you've gone over to play on another tour then go and play on that tour, you've basically left all your peers behind to make more money, which is fine. But just stay over there. Don't try to come back and play over here again,' he told BBC Sport at at the JP McManus Pro-Am.

"The whole cake-and-eat-it type of attitude is what the resentment stems from within the PGA Tour and DP World Tour membership. That's the tricky part."

“Those guys made their bed. They say that's what they want to do. So just leave us alone. Honestly. They keep talking about how the PGA Tour doesn't listen.

"I've been really frustrated by it because there's a lot of guys that are hypocrites, that aren't telling the truth and that are lying about some things. I just can't stand to sit here anymore and be diplomatic about it."

Although the older players have left for money, Mcllroy can't get his head around younger players making the move, while the have their whole career ahead of them.

I understand why guys have went, especially the guys that are sort of in the latter stages of their career and if I was in their position, I'd seriously have to think about doing the same thing.

"It's the younger guys to me that I find hard to understand because they're losing years of their competitive career for monetary reasons. We all make decisions for different purposes. That's fine. It's different to what I'd do. 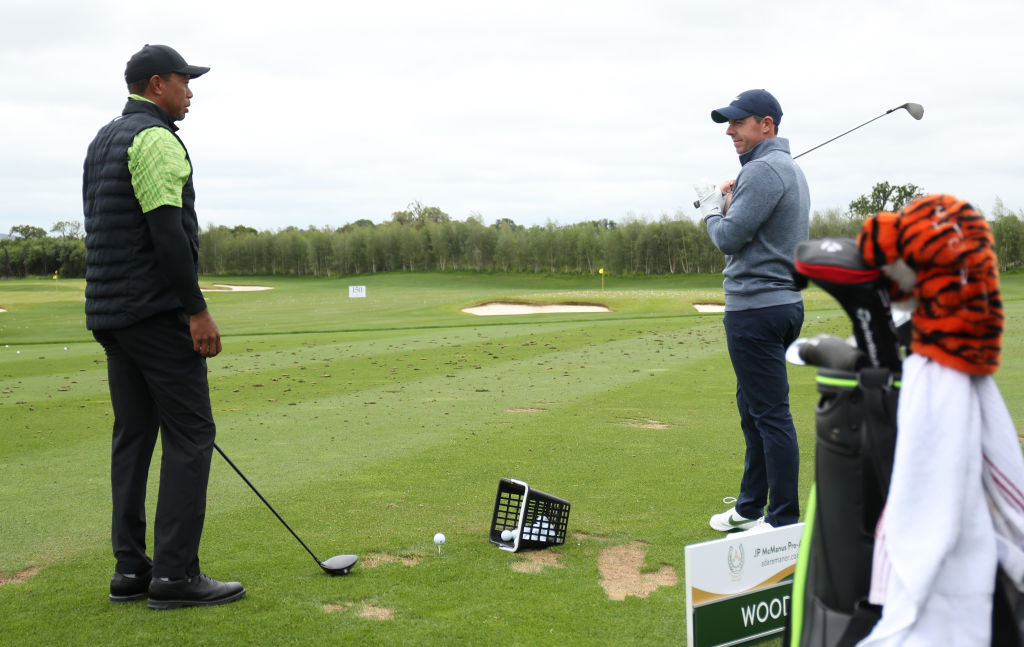 LIMERICK, IRELAND - JULY 04: Tiger woods of United States chats with Rory McIlroy of Northern Ireland at the practice range ahead of their afternoon round during Day One of the JP McManus Pro-Am at Adare Manor on July 04, 2022 in Limerick, Ireland. (Photo by Oisin Keniry/Getty Images)