Rugby World Cup: Ireland back on track after 35-0 thrashing of Russia

IRELAND'S World Cup campaign train seems to be back on the rails after a hard-fought, emphatic 35-0 victory against Russia.

The five-point-win sees Ireland revive hopes of topping Pool A after defeat to Japan at the weekend knocked them out of the driving seat.

After missing out due to a quad injury on Saturday, Johnny Sexton returned to the side, and boy did it make a difference. 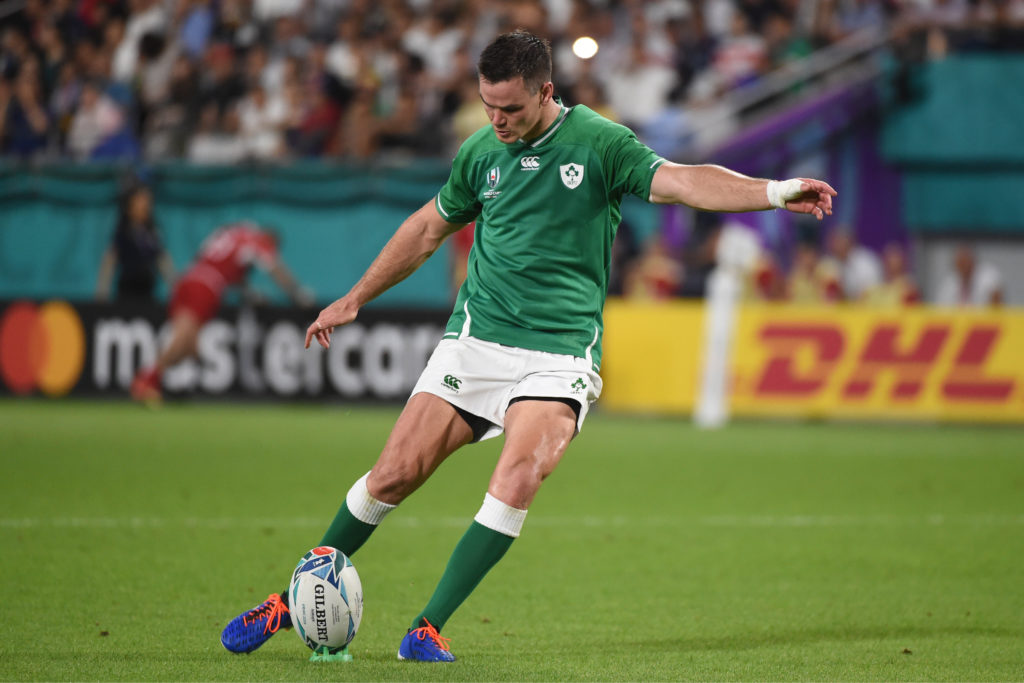 The fly-half was fantastic for 40 minutes, breathing life and confidence back into the Irish back line, and Ireland raced into a 21-0 lead.

With the match all but won, Schmidt subbed Sexton, wrapping him back up in cotton-wool, before reintroducing Jack Carty to the side.

It didn't take Ireland to get off to rousing start. With only two minutes on the clock, from an line out, Rob Kearney squeezed through a gap in the Russian defence to score. Sexton duly converted, with his kick sneaking inside the right post - and the tone was set. 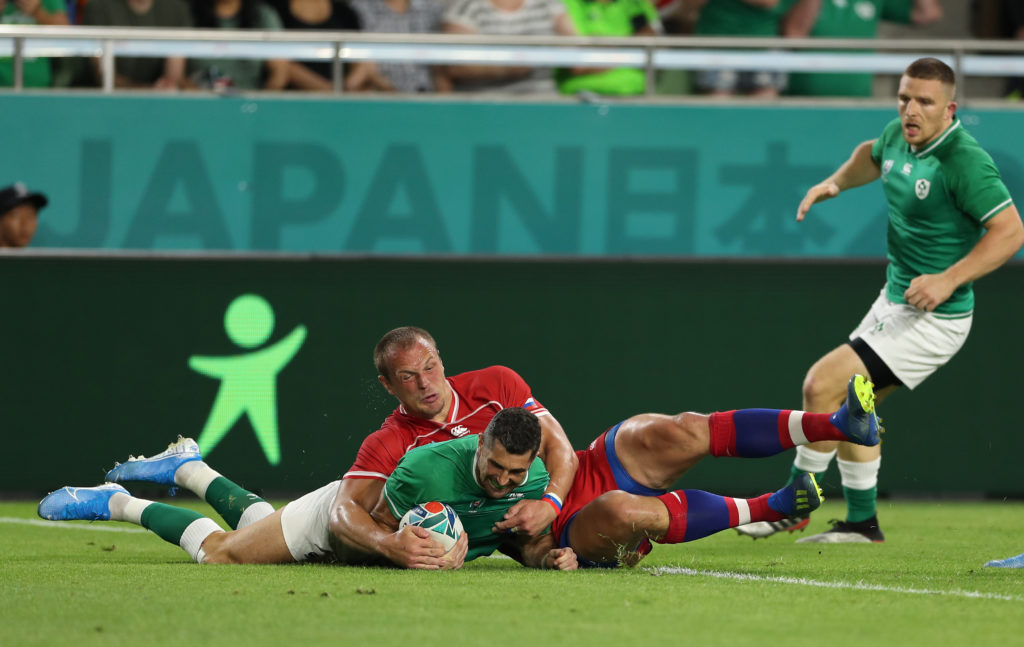 Following a handling error by the Russians, Sexton pounced and played a delightful grubber kick to slice open the defence to allow Peter O'Mahony to score just beneath the left-hand post, leaving Sexton with a simple conversion. 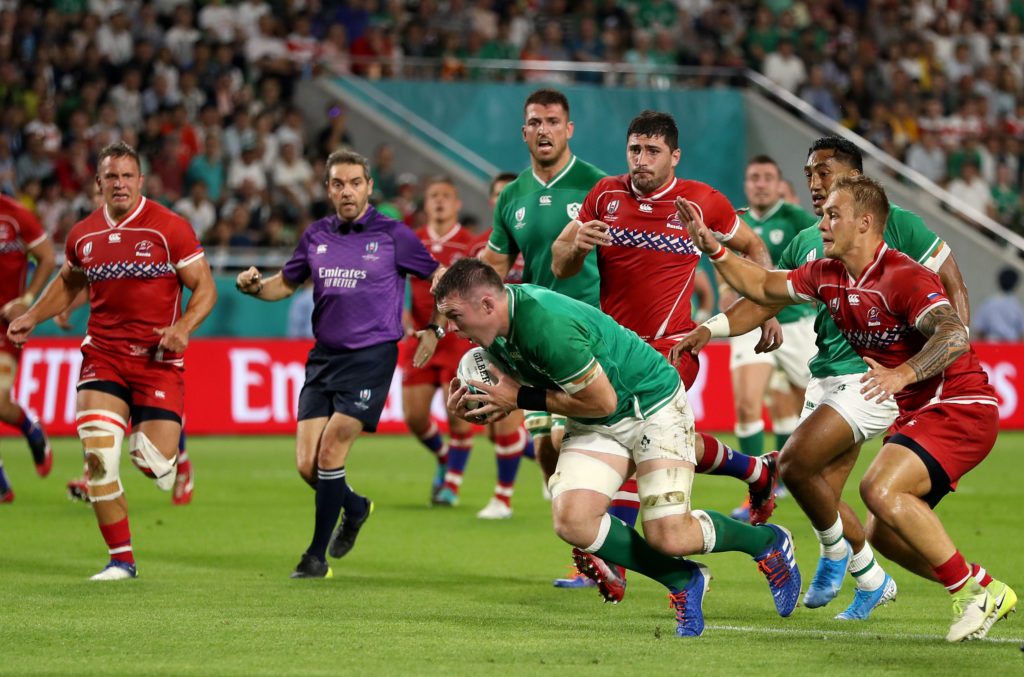 The Irish remained firmly in control, and despite an injury to Jordi Murphy, spirits remained high as they continually forced Russia into mistakes.

With just five minutes to go before the interval, Rhys Ruddock with an anything but pretty try, took the game beyond the Russians, as Sexton again adds the extras.

With Sexton's substitution, the pressure and momentum Ireland had been building appeared to tail off. They remained in control, but reminders of the sluggish, unconvincing performance against Japan began to rear their ugly head, and Andrew Conway's try on 62 minutes was, in a way, a big relief. 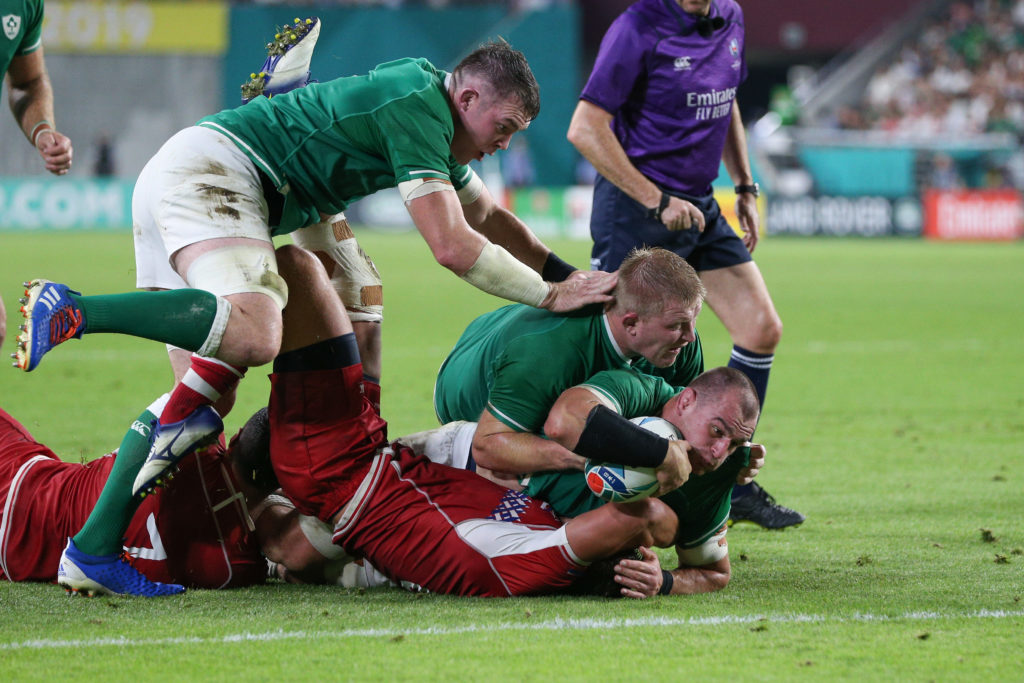 Carty's cute chip forwards is gathered by Keith Earls who brilliantly offloads to an onrushing Conway. As he leaped over the line to secure Ireland's bonus point, a weight was visibly lifted. Meanwhile Carty duly converted.

The final 15 minutes or so resembled that of an exhibition match, and Ireland completed the rout with just a few minutes to go with a Garry Ringrose try, and another conversation ended proceedings with a 35-0 Irish victory. 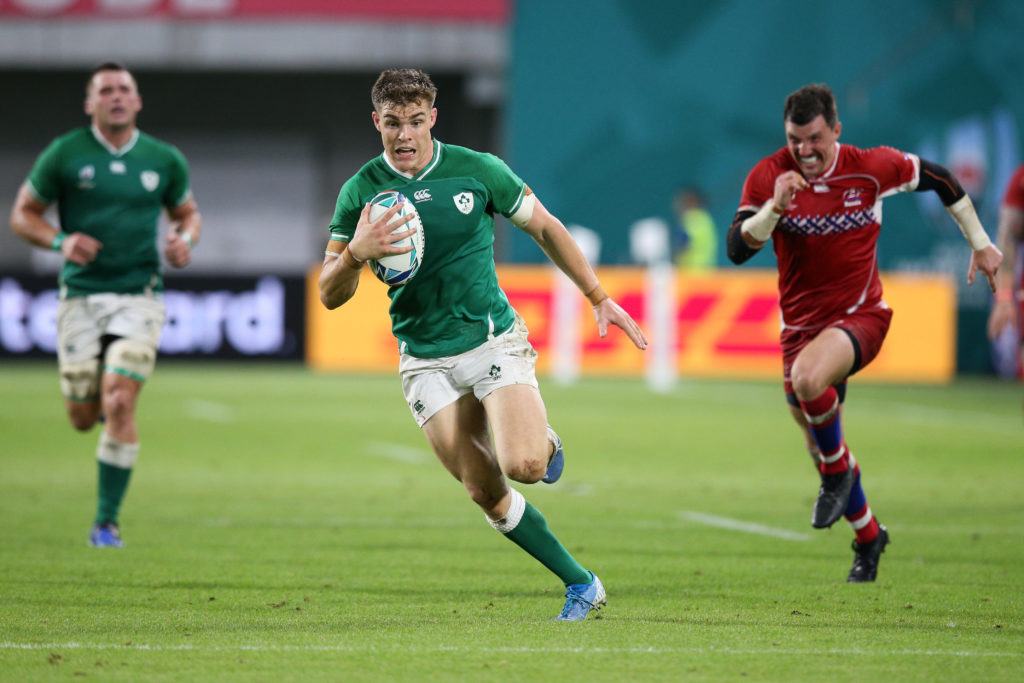 It wasn't quite the major statement they were after, but maximum points was the most important thing today for Schmidt's side, something Sexton noted after the game:

"Picking up the bonus point was exactly what we were looking for. Russia were well-organised, and made things really difficult. The ball was really slippy out there. Happy to get the five points, plenty to work on before Samoa," he said.

Ireland now have a nine-day break before their final group fixture against Samoa. Meanwhile, in order to catch Japan, the nation's hopes lie with either Samoa this Saturday or Scotland a week on Sunday to claim victory against the hosts.