Rugby World Cup - Ireland v Japan: What time is it on and where can I watch it?

IRELAND got their 2019 World Cup campaign off to the perfect start after thumping Scotland 27-3 on Sunday in Yokohama.

Not only was it a fist-pumpingly impressive victory against a local rival, it was a resounding win over the side who arguably posed the biggest threat to Joe Schmidt's side in the group.

And not only that, they picked up a bonus point for scoring three more tries than their Scottish counterparts, as James Ryan, Rory Best, Tadhg Furlong and Andrew Conway pitched in with five-pointers. 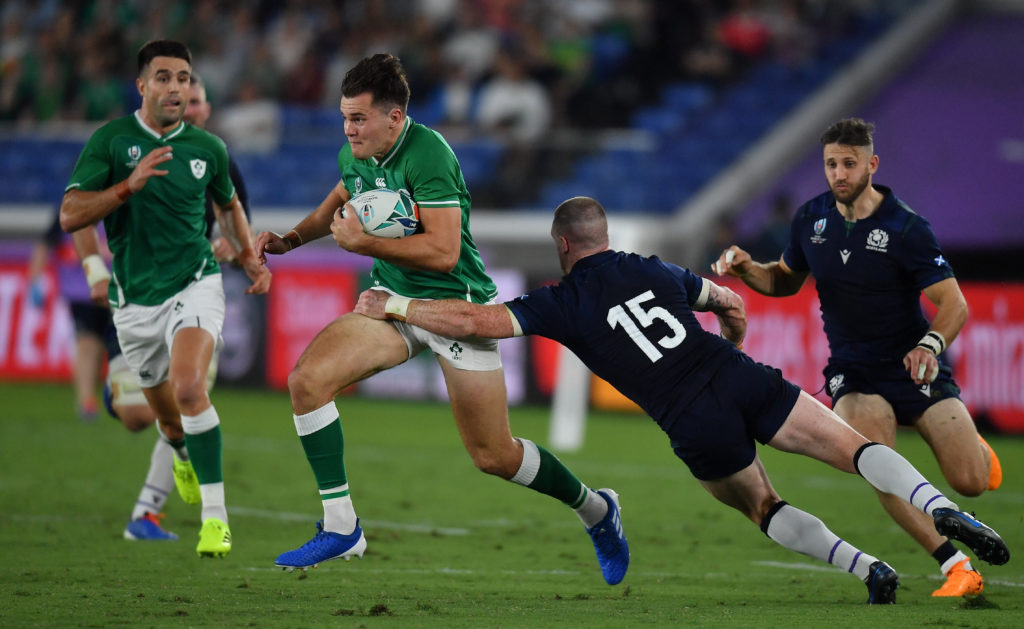 Jacob Stockdale is tackled by Stuart Hogg of Scotland during the 2019 Rugby World Cup Pool A match between Ireland and Scotland at the International Stadium in Yokohama, Japan.

All in all, a good day for Irish rugby. But the work doesn't stop there.

Next up are hosts Japan, a side Ireland have never lost to. But their home advantage will no doubt play a part.

Here's everything you need to know about the whens, wheres and hows of Ireland's next World Cup fixture:

What day does the match take place?

What time is the match on?

Where can I watch it/What channel is it on?

The match will be shown live on RTE 2 with their coverage beginning at 7.30am.

Where is the match being played?

It's taking place at the Shizuoka Stadium in Fukuroi City, Shizuoka Prefecture, Japan.

When are Ireland's other matches and who are they against?