SALFORD, ENGLAND - FEBRUARY 16: Ryan Giggs Co-owner of Salford City walks off after the Sky Bet League Two match between Salford City and Barrow at Moor Lane on February 16, 2021 in Salford, England. Sporting stadiums around the UK remain under strict restrictions due to the Coronavirus Pandemic as Government social distancing laws prohibit fans inside venues resulting in games being played behind closed doors. (Photo by Naomi Baker/Getty Images)

WALES MANAGER Ryan Giggs will not be involved in the camp for the international sides' next three matches.

Giggs was arrested on suspicion of assault and actual bodily harm in November of 2020, leading him to initially stand aside for three matches.

Since then, the former Manchester United captain has been in attendance at a number of Salford matches, but has largely remained out of the limelight. Giggs denies all allegations of assault made against him.

The allegations in question refers to an incident that is said to have occurred with his "on-off" girlfriend. 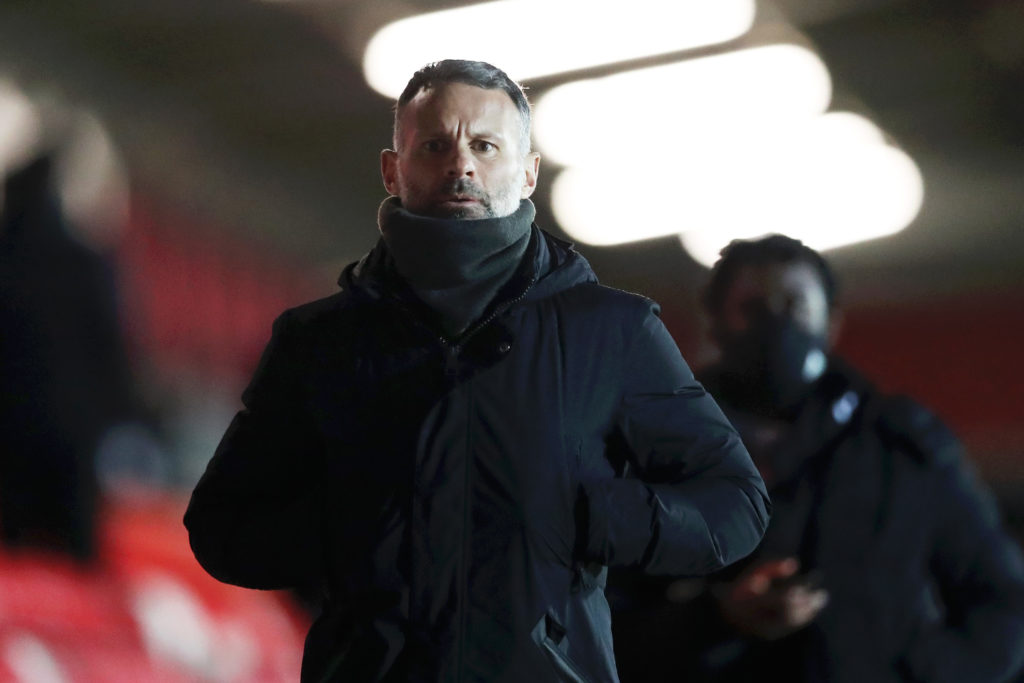 The Welsh FA released a brief statement in relation to the decision earlier this morning.

"The Football Association of Wales (FAW) and Ryan Giggs have mutually agreed that he will not be involved in the upcoming international camp.

"Robert Page will take charge for the next three matches against Belgium, Mexico and the Czech Republic and will be supported by Albert Stuivenberg as was the case during the last international window in November.

"The Cymru squad for these upcoming matches will be announced on Monday 15 March."

The most recent update on Giggs' case comes from the Greater Manchester Police, who said: "A file remains with the CPS and a decision is expected in due course."