MEXICAN BOXING sensation Saul Canelo Alvarez has said that he is a huge fan of Ireland's Katie Taylor. Canelo who beat Caleb Plant  Pound for Pound #1 on Saturday says he ‘loves’ watching the Taylor fight.

In the lead up to his undisputed world super-middleweight victory with Plant in America on Saturday pictures of sports stars including Cristiano Ronaldo, Tyson Fury as well as Katie Taylor were shown during an interview with BT.

“She’s a really good fighter, I love watching her fight,” Canelo said about the well-liked Taylor when shown the Bray stars picture.

Taylor will be looking to retain her unbeaten record in Liverpool when she returns to the ring on December 11. The Bray native will co-headline an event with Conor Benn. This may be followed up with a massive spring event with Amanda Serrano. 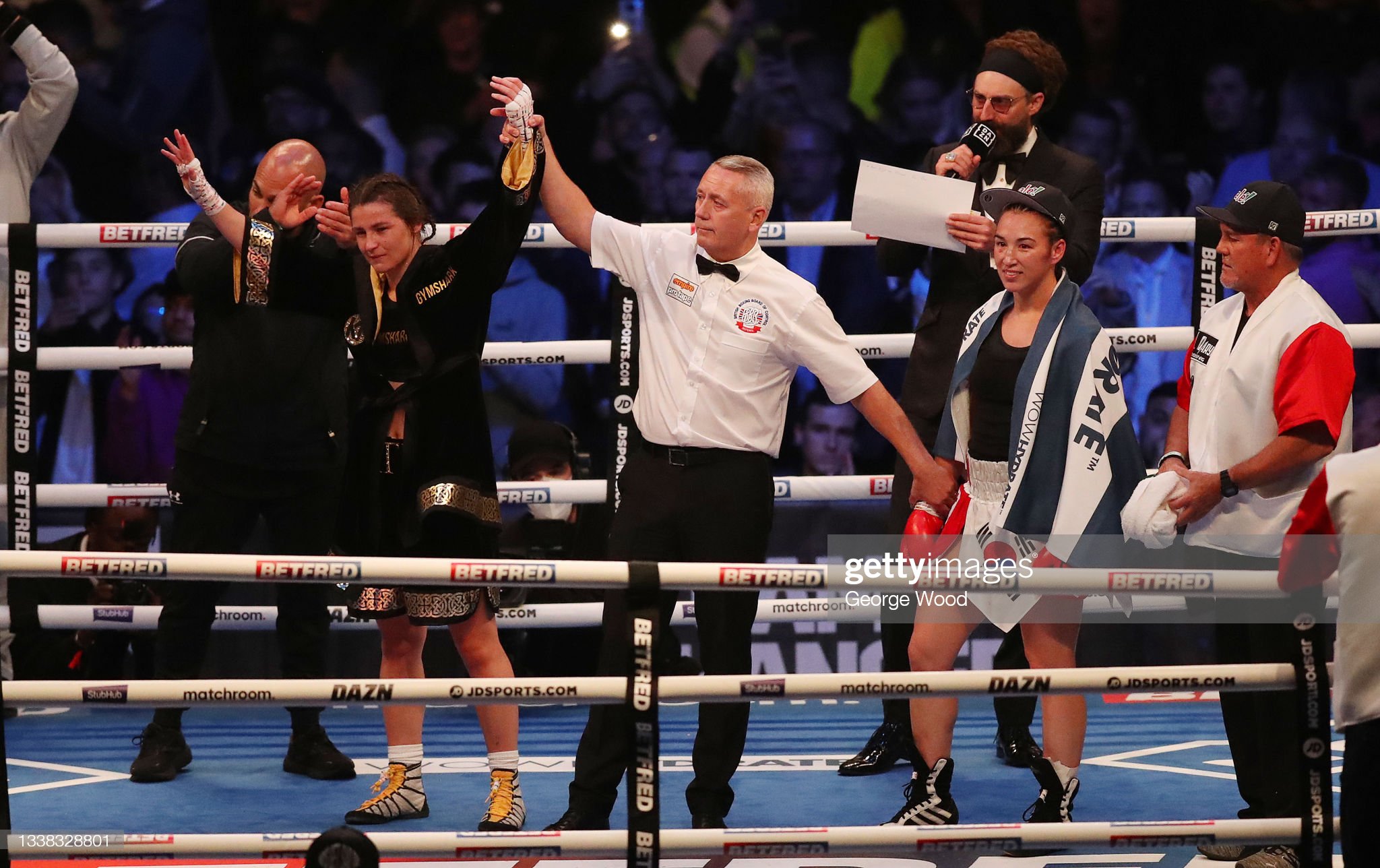 Promoter Eddie Hearn stated that positive talks with Taylor and the seven-weight world champions occured. Hearn is hoping the New York based Puerto Rican will finally fight Taylor [19(6)-0] in April.

“I had good chats with Nakisa [Bidarian] and Jake Paul and those guys at Most Valuable [Promotions],” Hearn explained on the Boxing with Chris Mannix Podcast.

“They appear to wanna make that fight — so do we. We’ve already spoken to The Garden about doing that fight in April. I think we can do it,” he adds before revealing he wants to make a big statement.

Taylor has fought twice already in 2021 defeating former Olympic rival Jonas in another highly entertaining clash in May and outpointing American Jennifer Han in September.