DUBLIN picked up almost half of the TG4 Ladies Football All-Stars for 2019, in the iconic awards ceremony in the Citywest Hotel in the Irish capital at the weekend.

The All-Ireland Senior Champions had seven players on the All-Star selection for the second year-in-a-row.

The three-in-a-row All-Ireland winners delivered in four of the six lines on the field, with Niamh Collins named at centre-half-back; Sinead Goldrick and Olwen Carey on the half-back line; Siobhan McGrath at midfield; while Carla Rowe, Niamh McEvoy and Lyndsay Davey formed an all-Dublin half-forward line.

Mayo's Rachel Kearns was also a first-time recipient at full-forward.

Meath's Monica McGuirk was the only Intermediate Player included on the selection, and picked up her first All-Star, and Meath's first since 2011, when Irene Munnelly also was named as the All-Star goalkeeper.

Siobhán McGrath beat her Dublin colleague and Galway's Louise Ward to take the Senior Players Player of the Year. 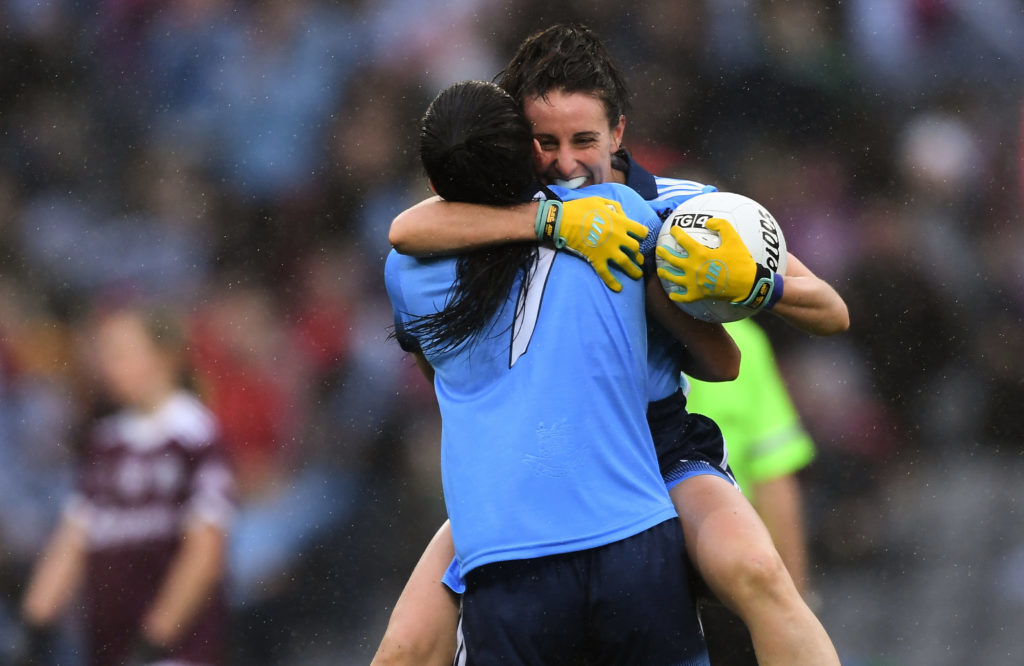 The 31-year old was delighted to receive the award, on a night which also saw her claim a fourth All-Star, having first been honoured with the personal accolade back in 2009.

"It's just an absolute honour,” she told The Irish Post.

“To just get an All-Star is an amazing achievement, and to obviously get voted by your peers is the ultimate goal and the ultimate achievement,” she said. “It tops off a great year for me, but also for the girls - just representing our Dublin team and what we are made of.”

Heffernan enters the Hall of Fame

Mayo's seven-time All-Star, and four-time All-Ireland Senior winner Christina Heffernan was also inducted into the Hall of Fame on the night.

“I am delighted for both myself and my family,” Heffernan said.

“It's a great honour to be inducted into the Hall of Fame, for doing something I loved doing all of those years ago playing and enjoy football.

Christina's last All-Star came in 2003 – the first occasion that the All-Stars were held with a Gala banquet – she says it has come on a lot since.

“When I got my first All-Star, we played the All-Ireland winning team in a match, and then the presentations were afterwards, but now it's on a bigger and wider scale, and rightly so.

“It's not easy to win these awards, and the players deserve a big night like this, and a big occasion.”

The All-Stars will be heading to Texas next March for the bi-annual tour, with a game between the 2018 and 2019 All-Stars forming the centre-piece of the trip.