ROME, ITALY - FEBRUARY 27: Tadhg Beirne of Ireland in action during the Guinness Six Nations match between Italy and Ireland at Stadio Olimpico on February 27, 2021 in Rome. (Photo by Giampiero Sposito/Getty Images)

It may well be a case of too little too late following back to back narrow defeats at the hands of Wales and France, but Ireland's 48-10 victory over Italy was a step in the right direction.

Italy, it must be said, were poor, but take nothing away from Ireland's attack, which looked rejuvenated, managing six tries after scoring just two in the entire tournament prior to kick off.

The accomplished performance will no doubt provide grounds for optimism as they approach a meeting with Scotland at Murrayfield.

But when is the match and how can I watch it?

Here's everything you need to know: 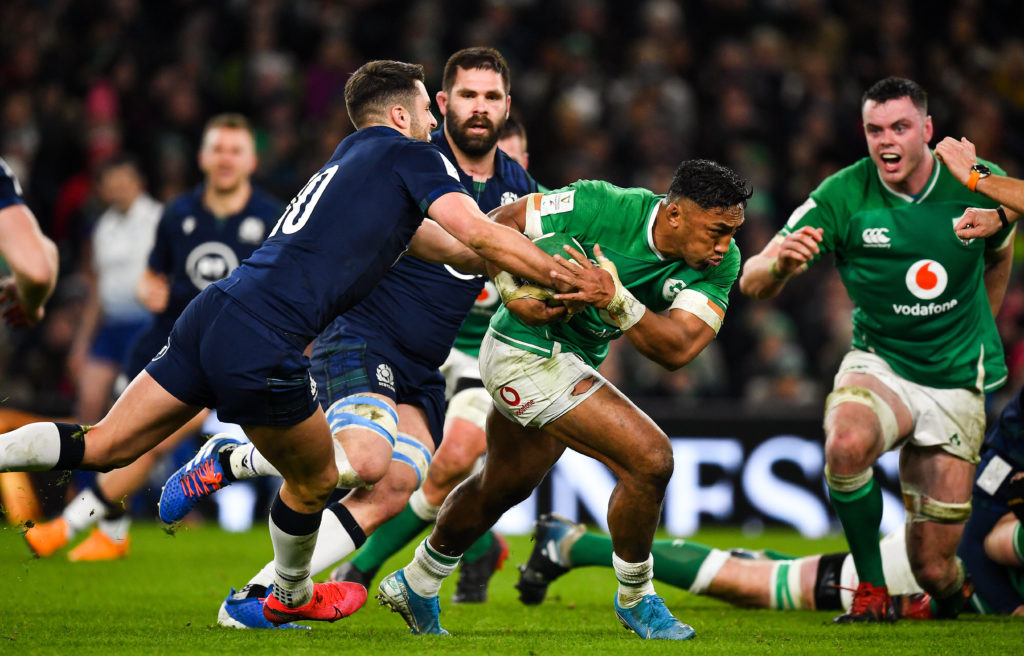 Dublin , Ireland - 1 February 2020; Bundee Aki of Ireland is tackled by Adam Hastings of Scotland during the Guinness Six Nations Rugby Championship match between Ireland and Scotland at the Aviva Stadium in Dublin. (Photo By Brendan Moran/Sportsfile via Getty Images)

When is Scotland v Ireland?

Virgin Media are showing the match live with coverage starting at 2pm on Virgin Media One.

How have both teams performed so far?

Ireland suffered a narrow 21-16 defeat in Cardiff against Wales in the opening round, and followed it up with an even narrower defeat to France, losing 13-15 in Dublin, but victory in Rome has calmed initial fears of a disaster.

Scotland got off to a flying start to the tournament after a surprise 11-6 victory over England to claim the Calcutta Cup, and followed it up with an extremely tight 25-24 defeat at the hands of Wales.

Their fixture with France was postponed last week due to Covid-19 concerns and will be played at a later date.

When is Ireland's remaining fixture?