MICHEÁL MARTIN has hit out at UEFA for stripping Ireland of its Euro 2020 hosting duties.

The Taoiseach said that European football's governing body was "out of order" in demanding that host cities commit to packing fans into stadiums, particularly while the Covid-19 pandemic still rages across the world.

Dublin was set to host four matches at the tournament, but due to the fact that Ireland was unable to guarantee 25% capacity at those games, they have been awarded to other cities that can; London and St Petersburg.

Martin said that UEFA were trying to "force spectators in prematurely".

"UEFA were out of order, quite frankly, putting that condition on countries," Martin told RTÉ on Sunday. 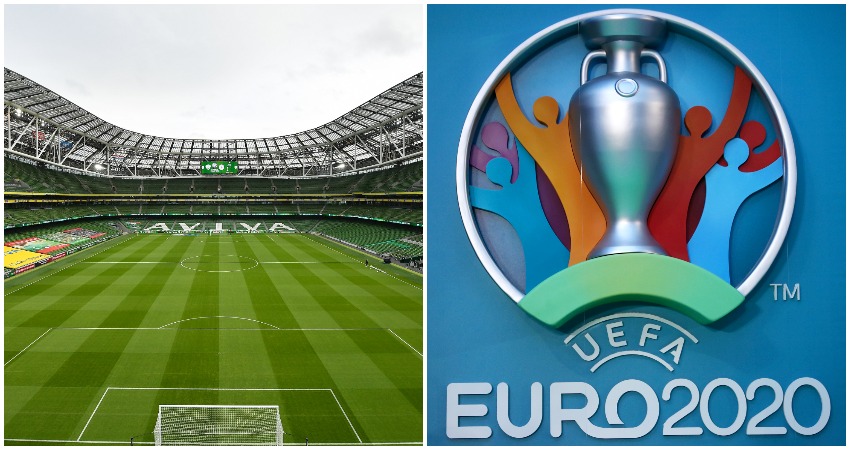 "If you look at what is happening all over Europe in terms of the B117 [Covid-19 variant], and in terms of the high incidence in European member state countries, to sort of put obligations on countries to force spectators in, prematurely in my view, is the wrong call by the footballing authorities."

The Aviva Stadium in Dublin was due to host three Group E matches between Poland, Slovakia and Sweden from June 14, followed by a last-16 tie which could potentially have involved England.

UEFA's 25% capacity requirement meant that 11,000 supporters would have to be allowed in to the Aviva Stadium for each match - something the Irish government couldn't commit to.

Elite sport events are currently taking place behind closed doors in the Republic of Ireland with hopes to reopen sectors gradually over the coming weeks, but allowing such large numbers to gather in stadiums in just over two months is a bridge too far.

ICYMI: Dublin were relegated to Division 2 this weekend after 1-18 3-13 loss to Monaghan