On Friday the Republic of Ireland's Women's football manager Vera Pauw released a statement alleging that she was raped as a young player in her native country of the Netherlands.

The 59-year-old who is leading Ireland's charge to their first major tournament issued a statement via her own Twitter account detailing her abuse as a player and coach by “a prominent football official' in Dutch football. 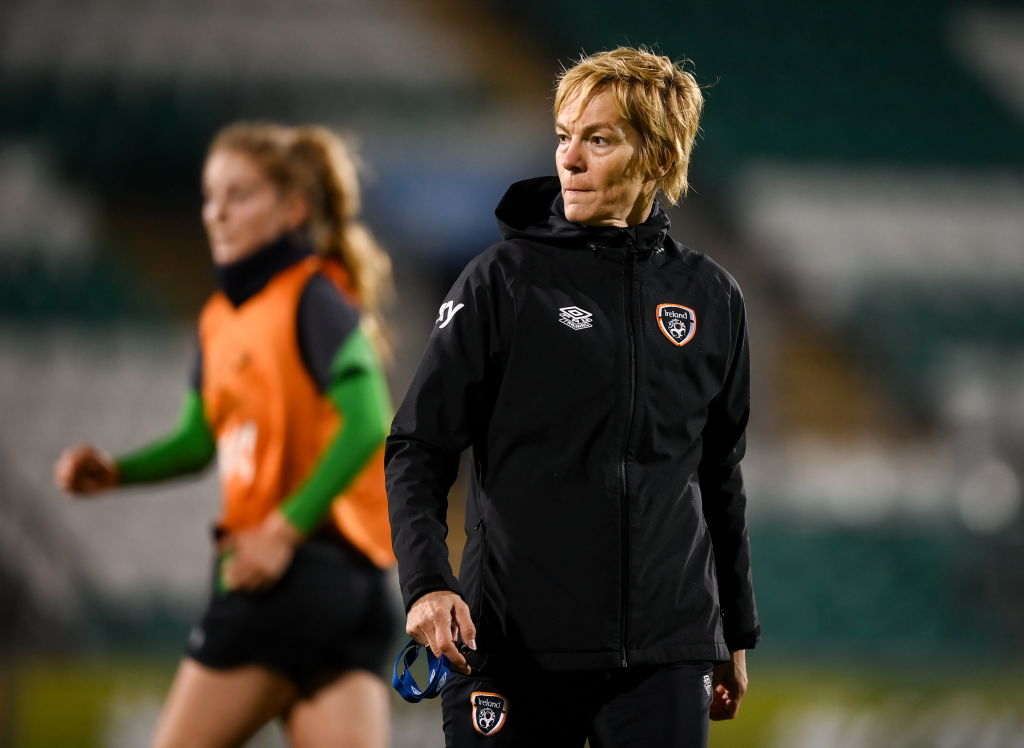 The tweet caption said, 'This has been the toughest thing in my life but, finally, I'm ready to move on and be proud of who I am Vera'

'For these past 35 years I have kept the abuse private. I have allowed the memory of it to control my life, to fill me with daily pain and anguish, to dominate my inner feelings', her statement said

“To many I’m seen as a brash and loud football coach and manager, a tough woman who has risen to the top in a man’s world. Nothing could be further from the truth.

“For the past number of years I have tried to have my case heard in a fair and just manner by the football authorities in the Netherlands but to no avail.

“Some people would rather keep my rape and sexual assaults quiet than offer me the support I need by opening this story to the world. I can no longer share the silence.”

Trust me, my story is very real and very true. I know going public is going to throw the spotlight on my life in a manner I have never experienced before, but I also hope other young footballers and coaches who were exposed to anything like the rape and abuse I suffered will now feel brave enough to come forward and share their stories.”

This has been the toughest thing in my life but, finally, I'm ready to move on and be proud of who I am

The FAI has given its full support to Republic of Ireland women’s senior team manager Vera Pauw at this difficult time in her life as she makes very brave revelations about her past.

“Vera has engaged on this matter with the association’s senior leaders for some time now and the FAI has offered her all the backing she may need on a personal and professional level.

“The FAI is absolutely aware of the impact these revelations will have on Vera’s wellbeing and have assured her of the ongoing full support of the FAI board and all her colleagues at the association.

“The FAI will be making no further comment on this matter and asks the media to respect Vera’s privacy at this very difficult time.”

Now the The Dutch football association (KNVB)  have issued their own statement stating they were shocked at the abuse and that were sorry that she did not experience a safe working environment and for the impact that it has caused her.

"The KNVB should have approached a number of issues differently. For example, in the past Vera was unfortunately confronted with a number of (estimation) errors and harmful comments from (former) KNVB employees. Verinorm has also found through the investigation that there was no plan or policy of the KNVB behind this."

The FAI has given its full support to Republic of Ireland WNT Manager Vera Pauw at this difficult time in her life as she makes very brave revelations about her past.

The statement also added  "We acknowledge the errors identified in the report and should not have happened to her.

"It is unacceptable that Vera did not experience the safe working environment to which she was entitled at the time.

"In personal contact with Vera, we have experienced that this situation unfortunately has a lot of impact on her and we are sorry for that.

"We want to discuss the recommendations from the report internally and with Vera as soon as possible, but very carefully so that we can take action. Also with a view to recovery mediation."