The Munster champions from Tipperary will be in London for Saturday’s showdown in Ruislip, which will be broadcast live on Irish TV, with throw-in at 1.30pm.

With Clonmel having lifted the Munster championship for the first time on November 29, the club are entering new ground, while Tir Chonaill Gaels have reached this stage many times before having recently lifted their 16th London Senior Football Championship.

However, they nor any other London club has ever reached the semi-finals, but Breen welcomed the psychological boost his players received upon hearing of Nemo’s exit, whilst stressing his respect for the achievements of Clonmel.

“Any side that beats Nemo Rangers has to be a good side,” he told The Irish Post. “They showed great metal throughout the whole year.

“The fact that they’ve beaten Nemo is a sign that they’re better than Nemo, but every year at this stage the London team that wins the Championship faces teams like Nemo, Crossmaglen, Corofin, and sometimes that name can be a mental block. 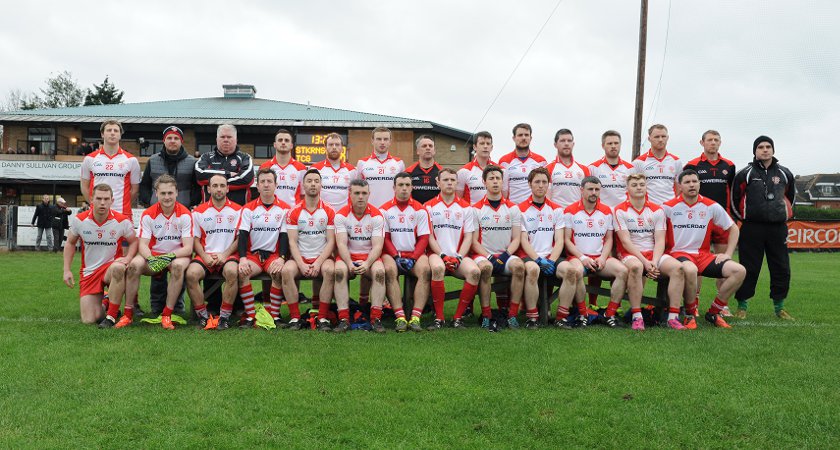 Tir Chonail Gaels 2015 London SFC winners [Picture: Malcolm McNally]
“With all due respect to Clonmel – they’re a top side – but they won’t give us that mental block, it won’t be there, which is a huge bonus for our lads and we’ll try and use that to our advantage.

“We’re in a good place. The lads are upbeat and everyone’s fit so there’ll be fierce competition for places, as usual.

“We feel we have a chance, simple as that, albeit we know the stats – no London club has ever won at this stage of the competition.”

Although he’s done his homework, Breen maintains TCG will be focussing on their own game, rather than conjuring up a specific plan to halt Charlie McGeever’s side.

“We’ve watched them play on TG4 and read the reports,” he said. “You could watch them until the cows come home, but at the end of the day it’s all about ourselves and how we play.

“That’s what we’ll really be focussing on. Obviously, they’ve got a couple of star names involved – Michael Quinlivan and the Kennedy brothers, for example – so we’ll have to have some sort of a plan for them guys, but we’ll be concentrating on our own game above all else.

“Sometimes you can be caught up in focussing on the opposition and forget about your own game. That’s the mind-set we’re going in with.”