'YOU'LL never beat the Irish’ - these were the words that sang out at the Coventry Skydome over the weekend as three homegrown Irish fighters enjoyed victory in the ring.

Donegal's Brett McGinty and Monaghan brothers Aaron and Stevie McKenna were all in action over the weekend as part of Hennessy Sports multi-titled card and all three won their bouts in sensational style. 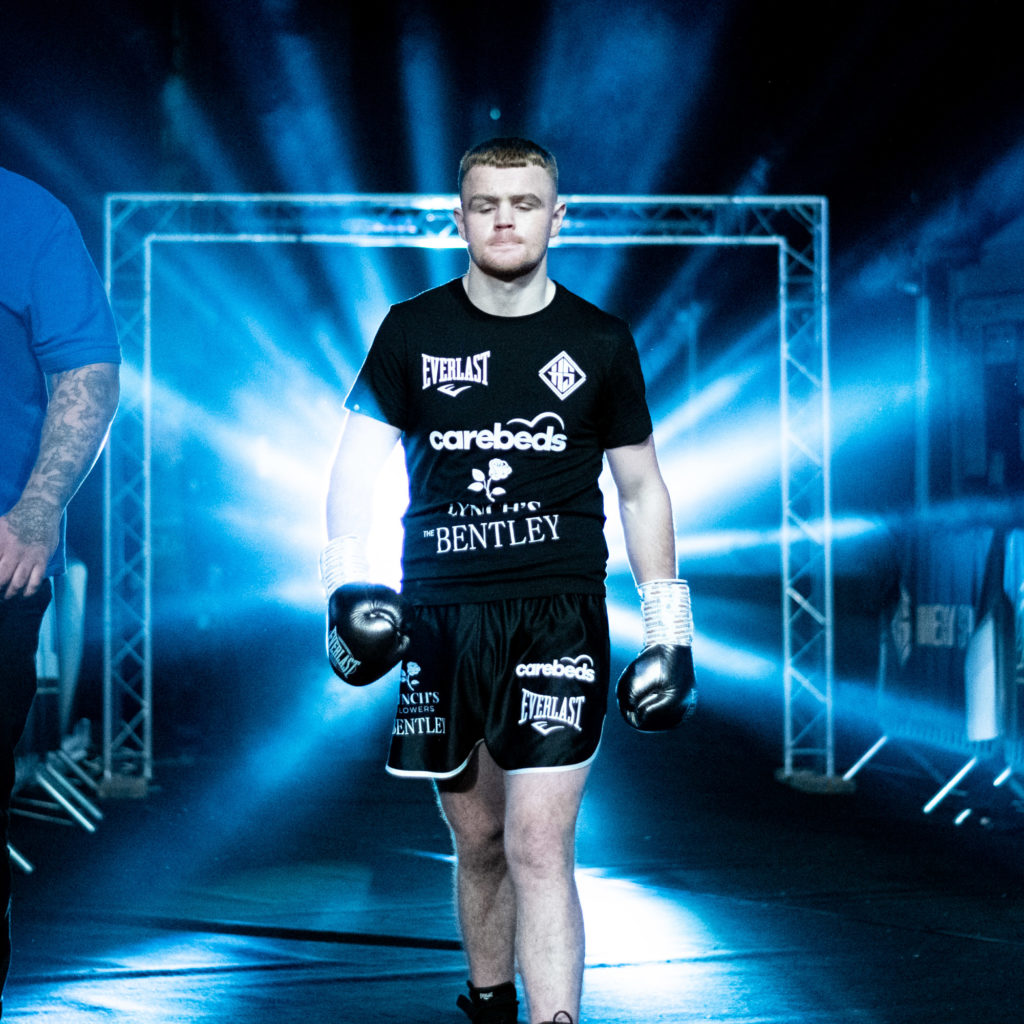 Up first, Brett McGinty from St Johnson in Donegal, who is trained by Ricky Hatton, took to the ring against Pavel Albrecht from the Czech Republic. With referee Shaun Messer scoring the four round bout 40-36, the 23-year-old McGinty takes his record to 4-0. 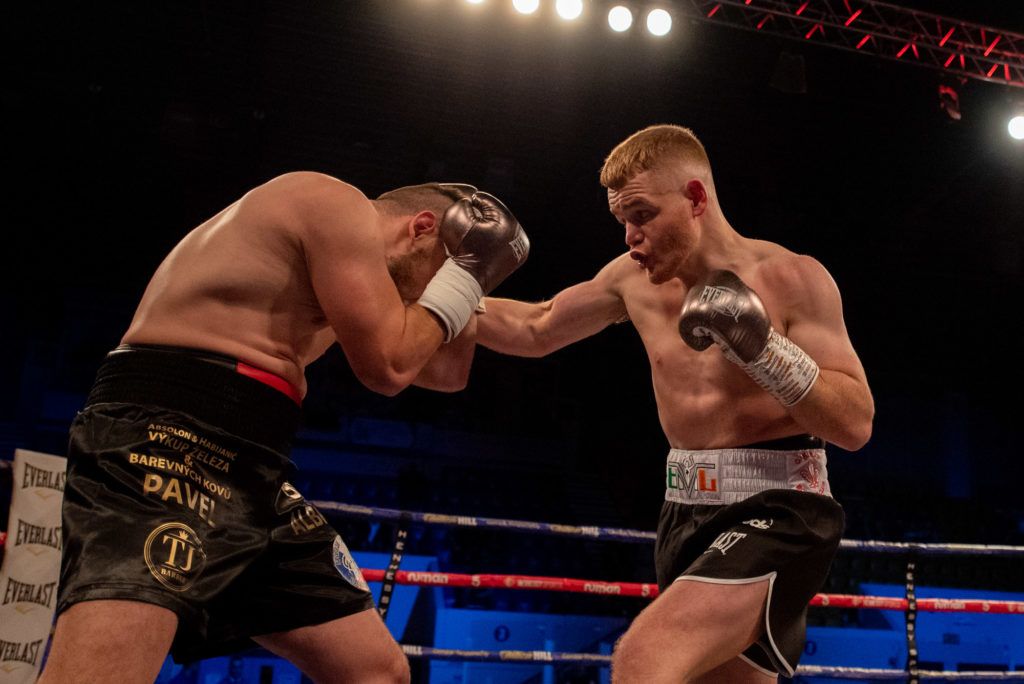 Next in the ring, 24-year-old Stevie ‘The Hitman'’ McKenna. 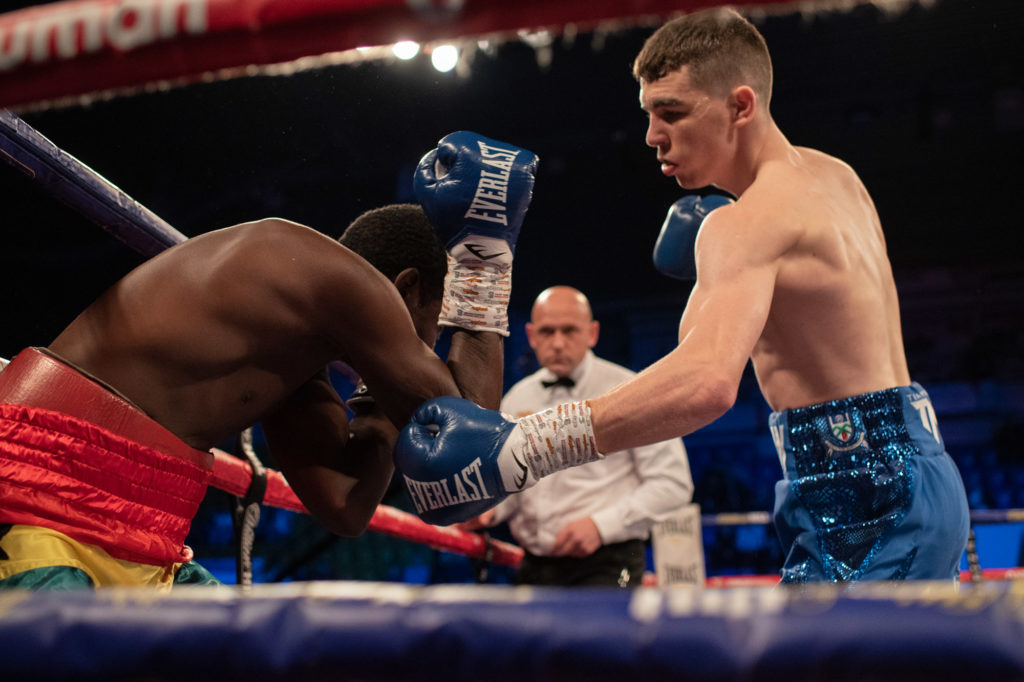 No escape for Richmond Djarbeng from Stevie McKenna

Almost sprinting out of his corner, The Hitman put Richmond Djarbeng from Ghana on the defence and kept him pinned against the ropes for a 43 second tirade of hits before the referee stepped in to stop the fight and award Stevie McKenna with his ninth knockout victory - six of which have been in the first round. 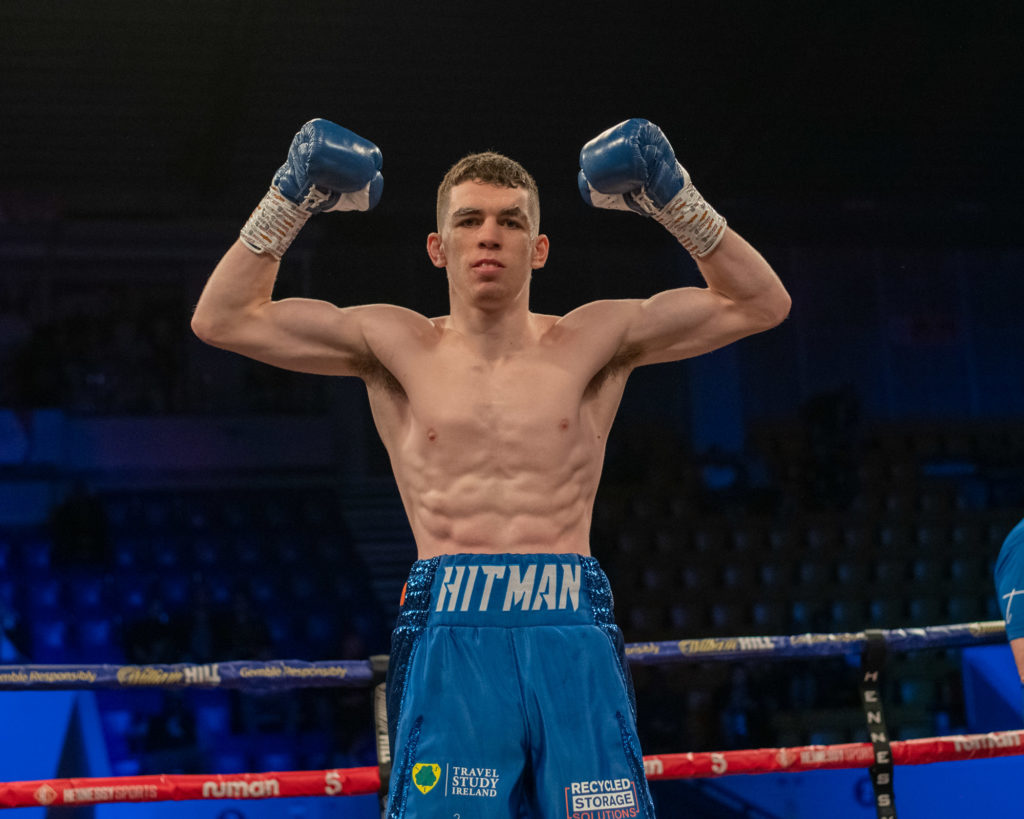 A first round knockout for Stevie McKenna (PICS: Chris Egan)

Following his older brother into the ring to the sound of the audience singing ‘You'll never beat the Irish’ Aaron ‘The Silencer’ McKenna was up against the 37-year-old Gabor Gorbics from Budapest in Hungary. 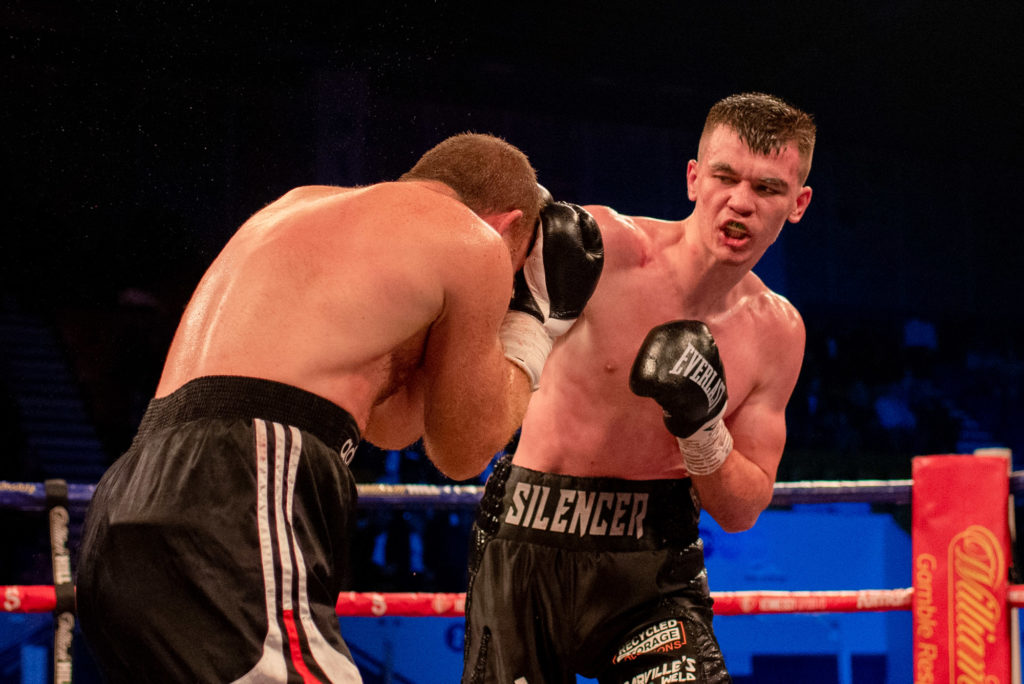 McKenna was due to fight Edem Bika for the WBC Youth title, but this fight was called off with just over 24 hours’ notice and 37-year-old Gorbics was brought in as a replacement. 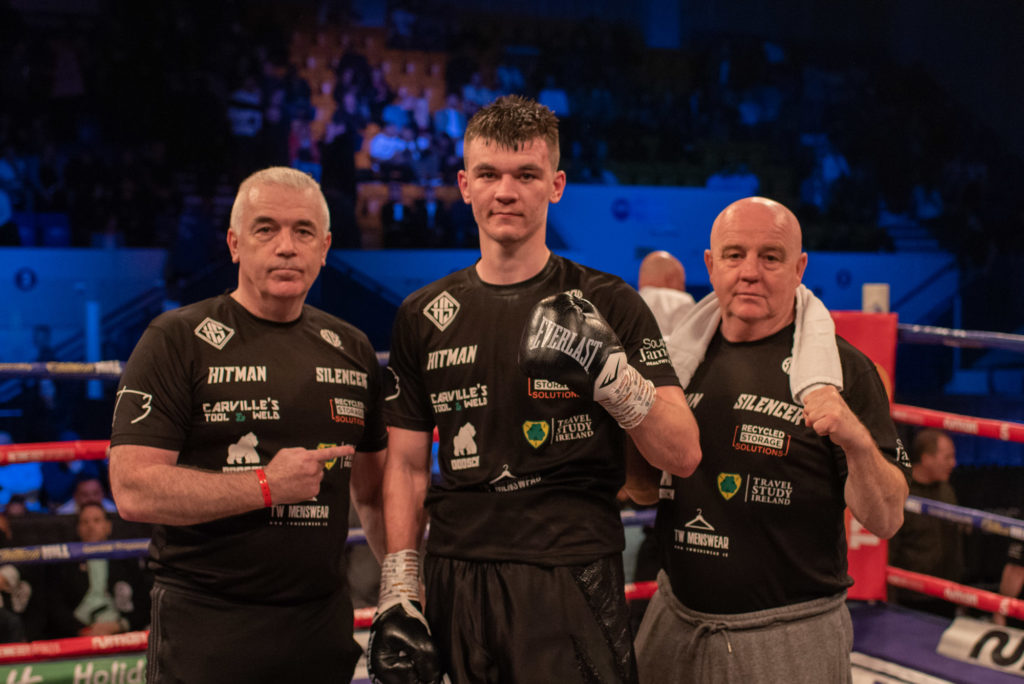 Success in the ring for Aaron McKenna (PICS: Chris Egan)

With the fight going the distance, McKenna's boxing record now stands at 13-0 with the rescheduled WBC Youth Title fight due to take place next month on December 10.