The Boyles in front of the Castle.

WHEN CHILDREN hit their late teen years and are on the cusp of adulthood, finding a weekend destination that they want to travel to with a parent can feel like climbing Mount Everest, but on a recent first visit to Scotland’s magnificent capital, we struck lucky and hit the jackpot — well the travel equivalent.

Edinburgh has a fascinating history, beautiful architecture — some of it amazingly dramatic, plenty of museums, great restaurants and bars. Yet it also has a genuine charm that makes visitors of all ages — as we soon realised — fall in love with the city.

Edinburgh is the cultural heart of Scotland with its famous international festivals, world-famous art collections and free museums. I was there with my two daughters and we decided it would be a good idea to explore the city with Local Eyes Tours www.localeyestours.co.uk, a wonderful company with highly experienced guides who are all local. We opted for the Hidden Treasures Tour and took in parts of the Edinburgh not often visited by tourists including the pretty Dean Village, lesser-known parts of the New Town, Water of Leith and Stockbridge. It was excellent and fascinating to learn about Edinburgh’s rich history, take in views of the city from Carlton Hill, and walk down lots of picturesque cobbled streets including Circus Lane in Stocksbridge.

The Castle dominates the city’s skyline, part of the UNESCO World Heritage Site, is equally impressive inside and outside. We went for the tour inside and spotted the Stone of Destiny which will be used in the forthcoming Coronation of King Charles.

We also gazed at The Honours of Scotland, the oldest Crown jewels in Britain, the Castle’s Dog Cemetery which has been used since Queen Victoria’s reign as a burial place for regimental mascots and officers’ dogs, and the Royal Apartments.

Another great experience involved all of us going under Edinburgh’s famous Royal Mile as part The Real Mary King Close’s one hour tour www.realmarykingsclose.com. Exploring the underground streets of Edinburgh and a warren of uniquely preserved 17th century buildings, we were able to wander through a labyrinth of Old Town alleyways and discover stories of the people who lived, worked, and died there, led by an entertaining, in-character tour guide. 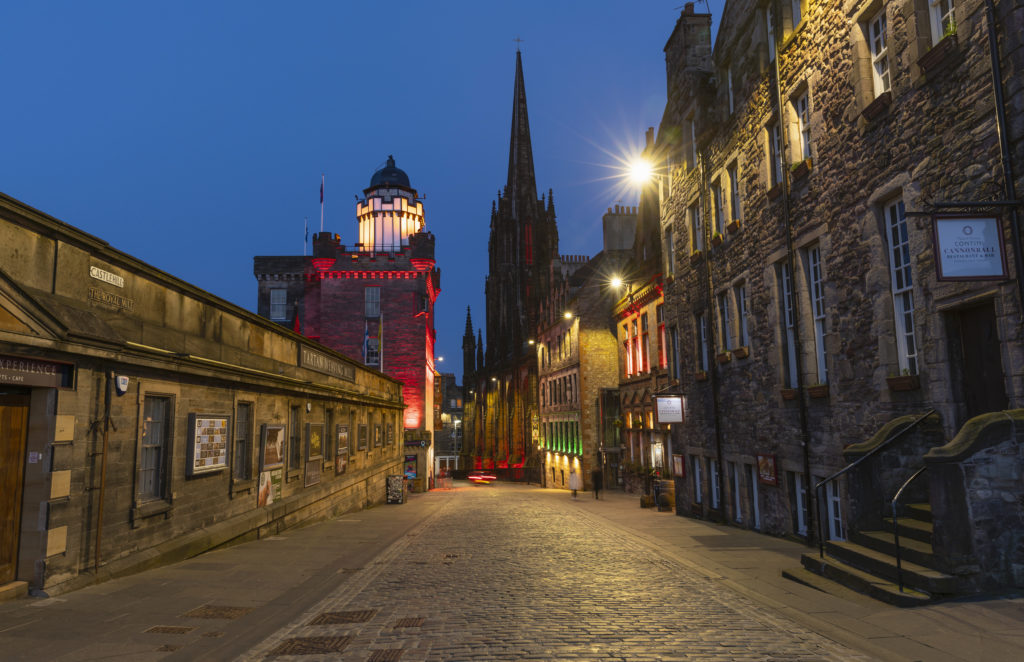 The food and drink

Edinburgh’s food and drink scene has really ramped up in the last few years. Centrally located on St Andrew Square, Dishoom Edinburgh www.dishoom.com/edinburgh/ is one of the city’s top rated Indian, with a curated menu of Bombay comfort food dishes and creative drinks including a Bolly Bellini and Kokum Milk Punch. Excellent food matched with excellent service makes this a go to after a full day of sightseeing.

"The Castle dominates the city’s skyline, part of the UNESCO World Heritage Site, is equally impressive inside and outside."

On our last night, we decided to go for a late night drink to The Alchemist, located just around the corner from the hotel. This dispenses seriously creative cocktails with a touch of molecular magic delivered in a theatrical way by its expert mixologists.  Appealing to all ages and providing great content for the Insta generation, we enjoyed cocktails including a Smokey Old Fashioned served in chemistry flasks; Cherry Poppins, a raspberry gin-based cocktail with a cherry fog bubble which we popped to release its aroma, and one of its famous colour-changing cocktails before we headed to bed.

Edinburgh boasts four Michelin star restaurants, two of them are located in the trendy Shore area of Leith which is becoming a real hot spot for foodies. On our final afternoon, we paid a visit to Heron www.heron.scot, a relaxed fine dining restaurant. Heron offers farm-to-table fine dining with an a-la-carte menu and tasting menu that changes every few weeks, showcasing the best of Scotland’s seasonal produce.  We enjoyed a spectacular lunch with dishes including Orkney scallops – utterly superb; beef with sweetbread and wild mushrooms and partridge with beetroot, damson and chard. Desserts were magnificent with the teens rating the chocolate, cardamom and honeycomb as their No. 1. 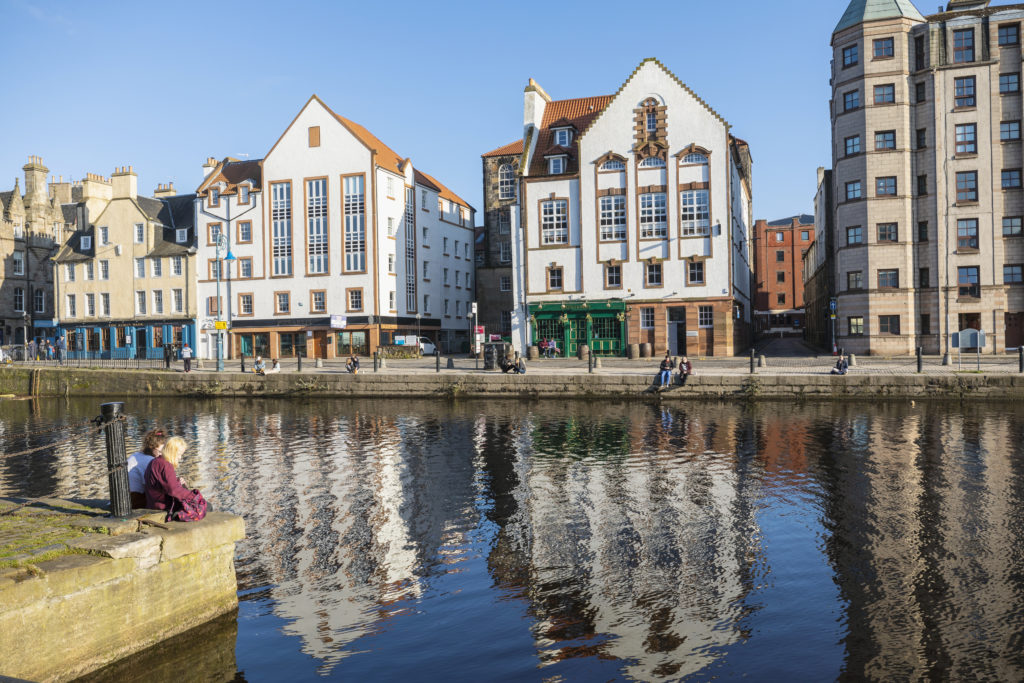 For the weekend, we chose to stay at The Balmoral, a Rocco Forte hotel, given its excellent location right next door to Edinburgh’s main Waverley Station in the heart of the city.

The hotel first opened in 1902 and was originally called The North British Station Hotel. At the time, the hotel’s clock was set three minutes fast so that people would not miss their trains — this remains the case today (apart from Hogmanay).

With 187 rooms (classic, executive rooms and 20 suites, five of which are Forte suites), families of all sizes are catered for. Our suite was elegantly designed in a modern-classic style, spacious, the beds were extremely comfortable

On the lower ground level is a spa area that includes a gym, pool, steam room and sauna and private rooms for spa treatments.

Breakfast each day took place at Brasserie Prince. We agreed this was the best hotel breakfast we have enjoyed anywhere in the world. Its buffet was extensive with its mix of fruits, pastries and yoghurts and the à la carte menu had plenty of delicious options including a full Scottish breakfast, Belhaven Smokehouse smoked salmon and eggs Florentine – all cooked to perfection. 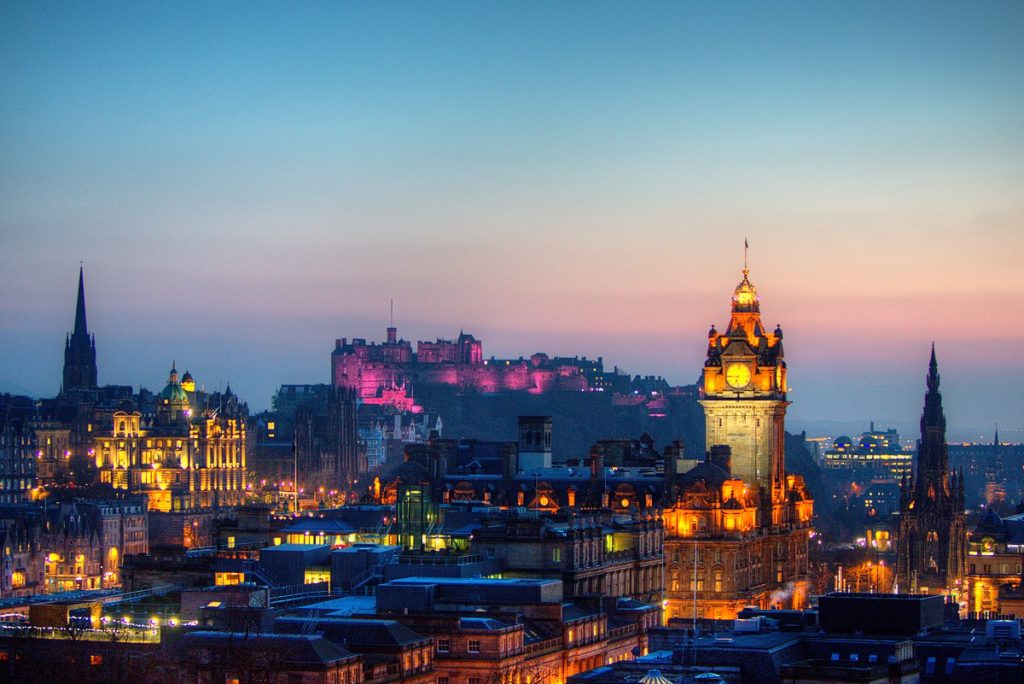