Exploring the country charm and scenic delights of Kerry

MY NAME is Sharon and I live on the Dingle Peninsula in Ireland. Some of you will know me from my weekly Irish language column, which is to be found on page 12 of this newspaper.

If you do know me from there, you’ll know that I often write about what life is like on that peninsula, way over there on the southwest coast of Ireland. You’ll have read my thoughts on the culture, history and beauty of the area and the tourists who visit year after year to take it all in.

However, you won’t have read about how I sometimes take the stark beauty of where I live for granted. In the hustle and bustle of everyday life, I sometimes fail to stop and appreciate the mountains, beaches, cliffs, coves and the many different shades of green in the small green fields that constantly surround me here.

This is why a recent stay in Ballygarry House in nearby Tralee came as a much-needed wake-up call. Seeing where I live through the eyes of a tourist made me realise just how lucky I am that this is where I get to call home.

Ballygarry House Hotel is located on the outskirts of Tralee town. It’s actually an old country house that was originally built in the 18th century by a local landowner.

Although it’s been renovated and redeveloped several times since it was turned into a hotel by the McGillycuddy family in the late 1950s, it still retains a lot of that country house charm.

You’ll find dark wooden nooks, libraries of books and deep comfy chairs placed in front of fireplaces throughout the hotel. In fact, it’s the perfect place for that autumnal or wintry weekend when all you want to do is sit by the fire reading a book and sipping cups of hot cocoa or glasses of hot whiskey.

However, the southwest of Ireland was enjoying an Indian summer when I stayed and my instinct for hibernation had not yet kicked in. Thankfully, the hotel offers plenty of other entertaining alternatives. 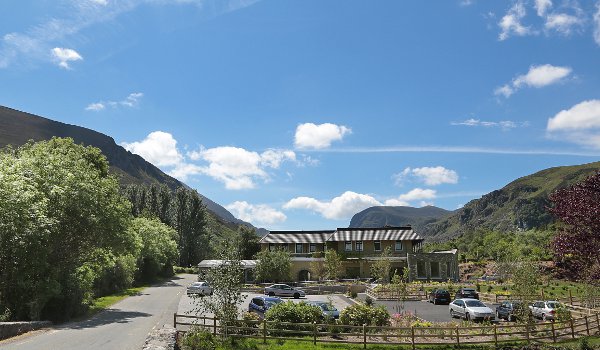 My partner and I arrived in the evening and started by settling into our room. We stayed in a superior room that had a king-sized bed, a spacious marbled bathroom and a sitting area consisting of armchairs and a sofa from where you could watch the TV, listen to music or read some of the supplied magazines.

After lolling on the bed, tucking into the complimentary home-made cookies and freshening up, we decided to venture downstairs to the bar. Warm and welcoming is the order of the day here with lots of dark panelled wood, an open fire and friendly staff behind the bar serving drinks and bar food. We decided to have a pre-dinner drink here before eating in Brook’s Restaurant just next door.

The relaxing vibes continued there. Brook’s has an AA Rosette Award and it shows in the quality and range of their menu.

While munching on a goats cheese and basil amuse-bouche, we both opted for an Asian-inspired roulade of crab wrapped in nori seaweed and served with a wasabi dressing as our starter. The choice wasn’t an easy one to make as other options included confit of duck leg with a rocket, fennel and citrus salad and a warm hazelnut crusted goats cheese served with chicory salad and pear chutney. I’ll have to go back and try those on another occasion.

For mains, I had a saffron-infused bouillabaisse served with a variety of locally-caught fish and my partner went for the classic option of a fillet steak served with a brandy and pepper sauce, confit pearl onions and wild mushrooms. Suitably stuffed, we just about had enough room to share a chocolate and pine nut tart for dessert.

Waddling out of the restaurant, we decided it was a good idea to walk off some of our dinner with a stroll in the hotel’s landscaped gardens. And once night really started to fall and it became too dark, we moved back inside and made the most of those comfy fireside chairs with an after-dinner drink in hand.

The following day, after a luxurious lie-in and breakfast at the hotel, we decided to take advantage of the hotel’s complimentary bikes to go for a cycle through Ballyseedy Woods. Ballygarry House Hotel is located just on the edge of these woods, which are criss-crossed with loop walks and paths. It made for an invigorating start to our day. 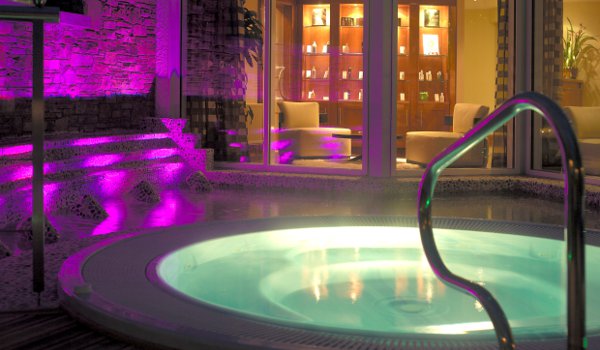 We ventured further afield after that. Tralee itself has some attractions in the form of the Kerry County Museum, Blennerville Windmill and several leisure and sports complexes but I wanted to focus more on the great outdoors so we made for Killarney and the Gap of Dunloe.

Killarney is one of Ireland’s longest-established tourist destinations and with the fantastic national parklands that surround it, it’s really no wonder. There are centuries-old forests, lots of sparkling lakes, towering mountains (Ireland’s highest mountain Carrauntoohil is to be found in their midst) and so much unspoiled and breathtaking scenery.

We meandered along winding roads to Kate Kearney’s cottage, the traditional starting place for those who want to hike or take a jaunting car to the Gap of Dunloe. This gets busy in high season but by mid September, the atmosphere is a whole lot more relaxed.

Having it in mind to do a loop around the lakes on our way back to Tralee (a trip that takes an hour or more), we decided that it was probably best to have some lunch before we proceeded any further.

Luckily, there is a great restaurant just at the entrance to the Gap of Dunloe. The recently-opened Heather Restaurant has its own five-acre garden which produces many of the fresh vegetables, fruits and herbs found on the menu. These are supplemented with ingredients from local artisan food producers, organic farmers and lots of fresh Atlantic seafood.

Sitting outside to savour the view, we enjoyed some hearty salmon and chard soup, a smoked mackerel and beetroot salad and a sandwich of Jack McCarthy pastrami and melted Kenmare cheddar cheese with homemade fennel coleslaw. Washed down with some Ballyhoura apple juice and sparkling water, we felt ready to take on the world.

And that’s what we did as we drove through the Gap of Dunloe and onwards to Killarney.

The scenery along the way was truly special and we were constantly stopping the car to take in the soaring mountains, the horses drinking from the streams and the majestic Lakes of Killarney. On a warm and bright sunny day, it was almost overwhelming.

By the time we got back to the hotel, we were exhausted by it all and decided that the best plan of action was to take advantage of our complimentary access to the facilities in Nádúr Spa. All guests at Ballygarry House Hotel can use the outdoor hot tub, sauna, steam room and relaxation room and that’s exactly what we did for the rest of the evening. It really made for a perfect end to what had been a perfect day.

What did I learn from the experience? I learned two things. I learned that I should take more time out to appreciate all that’s on offer in this wonderful county I call home.

The likes of Ballygarry House Hotel, Ballyseedy Woods and the wilds of Killarney National Park are right here on my doorstep. I should make the most of them instead of letting the tourists have all the fun.

The other thing I learned is that I should be recommending my home county to more people and especially to the readers of this paper. It’s so easy to fly from Luton and Stansted Airports to the small Kerry Airport in Farranfore. In a matter of a mere 40 minutes, you’ll have escaped the city for a relaxing weekend in the heart of a county that has so much to offer.

As a local, I’ll admit that I might be somewhat biased. But on the other hand, as someone who almost always takes her holidays abroad, I was a little sceptical as to the merits of a ‘staycation’.

My trip to Ballygarry House Hotel certainly won me over as to the merits of holidaying at home.