Fun with the fellows at the newest hotel opening in Cambridge

FOUNDED in 1209, the University of Cambridge has an illustrious history.

It’s the fourth-oldest surviving university in the world, but its creation came about because of a dispute at another famed British educational establishment.

Legend has it that a row erupted between the scholars at Oxford University – the oldest university in the English-speaking world, where teaching in some form is recorded from 1096 – and the local townspeople.

So bad was the quarrel that the students were forced to flee the town.

Some travelled to Paris and other European cities, but a sizeable group decamped on Cambridge, which was then a busy trading town, not yet deemed a city, built up along a river – the Cam that we know today - with many religious orders located there.

But its history changed dramatically when those students arrived and set about their studies.

The mighty academic establishment that sits there today grew exponentially from that point – and it now boasts 31 colleges, more than 11,000 members of staff and a whopping 25,000 students.

As of September 2018, the University had more than 298,000 living alumni, with significant numbers in the UK, Australia, Canada, France, Germany, the People's Republic of China, Hong Kong, Singapore and the US.

So, yes, in 1209 the path this quintessentially British town was due to take changed forever.

Today the city of Cambridge lives and breathes the university it serves and the people who attend it.

But as much as it seems to exist to support the population connected to the learning establishment, the city is also open and welcoming to the many visitors from around the world who find their way there to soak up the atmosphere and view its historic buildings. 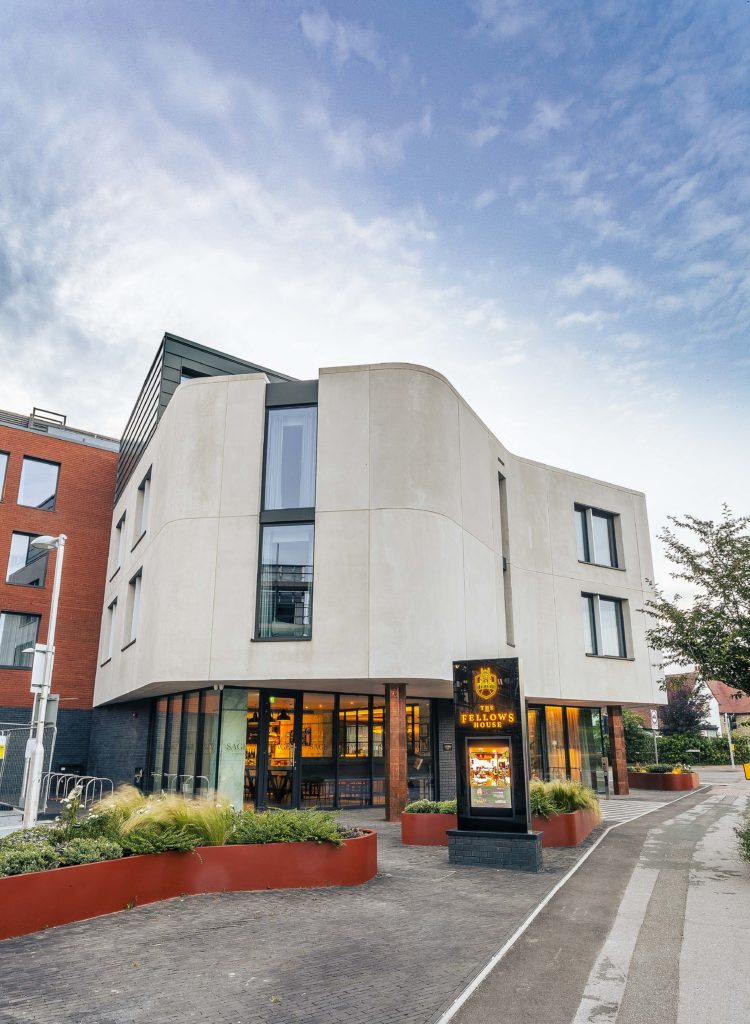 The city, just like the university, has an enduring appeal.

As a result there are many places where tourists can stay while visiting.

In July 2021 the Hilton hotel group extended its offering there, opening its second venue – a boutique hotel under its Curio Collection brand.

We went along to visit and found a unique venue dedicated to the history of the city it calls home.

The Fellows House is located just outside of the city centre, but in a city that is entirely manageable on foot – or bicycle, which is the preferred mode of transport locally – it remains well within walking distance from all the action.

And while its exterior is somewhat unassuming, the interior of this spot is bursting with history, personality and attention to detail.

As the name suggests, this Hilton offering is inspired by the men and women who are fellows of the university.

Of course, there are many such fellows, past and present, to date.

Some are students who currently hold the title and are expected, accordingly, to maintain the establishment as a place of education, learning and research.

Others are former students who become honorary fellows due to them having achieved high distinction in academic or public life. 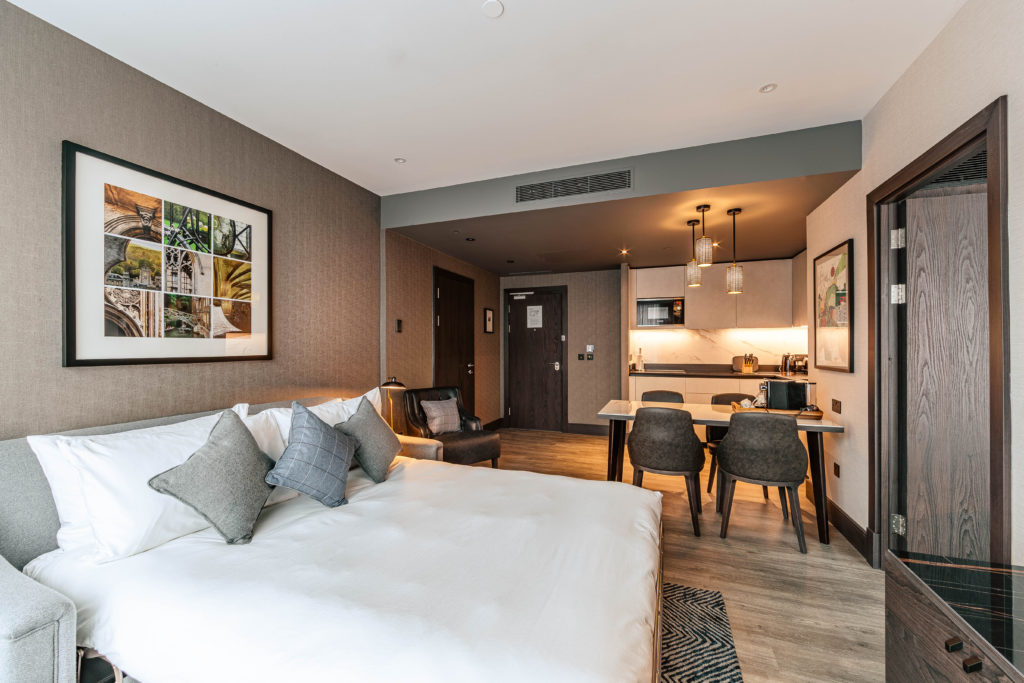 Each room in the deceptively large building is named after one of the more notable alumni which have passed through the university’s hallowed halls.

But it doesn’t stop there.

The rooms feature unique artwork connected to the city, be it old maps, street scenes or snaps of the buildings which make up the university.

There are also books placed intentionally in each room that refer to the fellow the room is named after.

More generally the hotel offers a cafe, bar, restaurant, courtyard and also a spa with a pool.

Which really is everything you could want from a hotel. 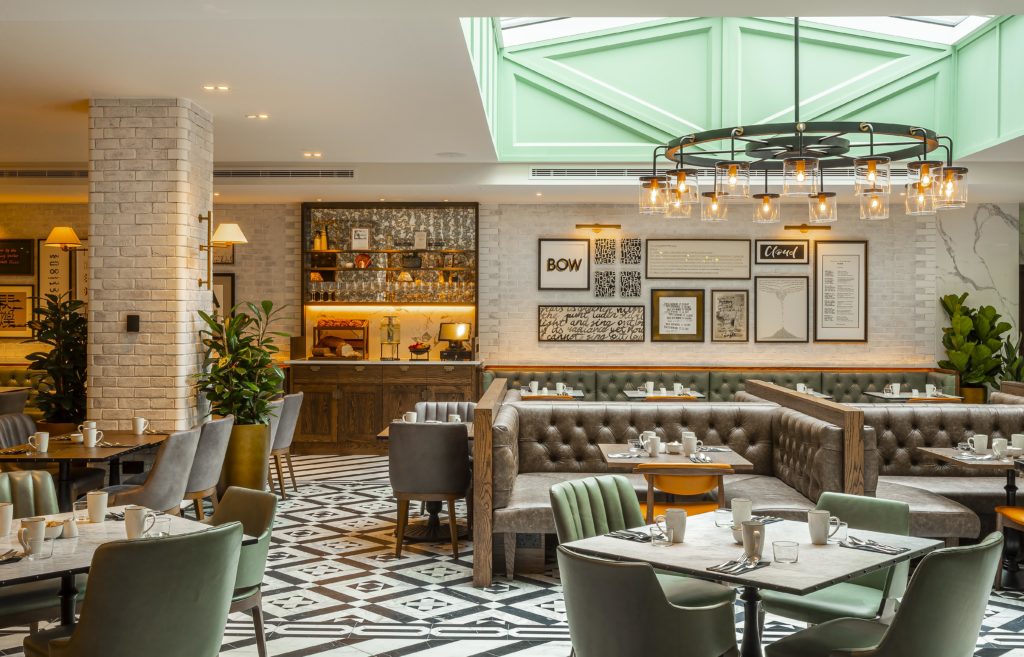 The Fellows House' Folio restaurant is welcoming and luxurious

But it’s the furnishings and thought that has gone into the design that makes it feel like something altogether more than you expect.

The subtle yet impactful style that is found in the bedrooms abounds on the ground floor.

Artwork and sculptures - inspired by the city, and specifically commissioned by the hotel owner from local artists - are to be found on every wall.

Which means wherever you are seated, be it for cocktails at the bar or dinner at the bright yet luxurious Folio restaurant, you have something intriguing to enjoy within your eye-line.

I have two favourites from our stay.

The first is a wall that flanks the bar area.

This white stone wall features a repetitive sculpture of the double helix structure that forms DNA - a nod to the fact that this discovery was made in 1953 by Cambridge students James Watson and Francis Crick.

Now that in itself is an effective design touch.

What’s even more intriguing is that the hotel owner has actually had his own DNA replicated in a section of that wall.

Some entrepreneurs put their heart and soul into a new venture - others go as far as including their very own genetic code. 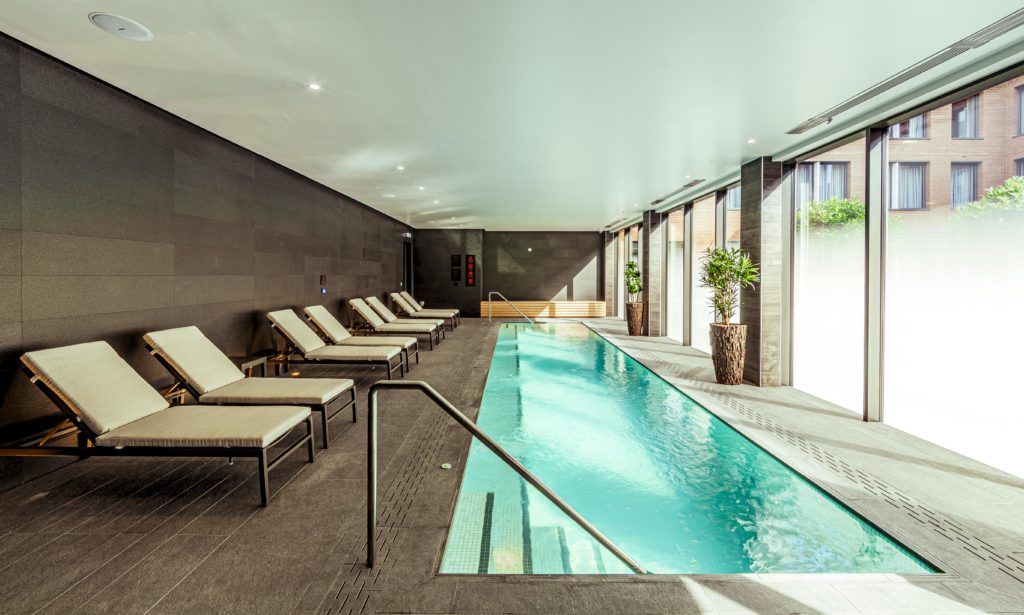 The hotel offers a spa with a pool

I also found myself quite taken with a wall in the Folio restaurant.

This wall stretches the length of the restaurant and is adorned with many pieces of artwork connected to just one poem.

That poem is Taking Leave of Cambridge, written by former Kings College student Xu Zhimo in 1928 following his studies there.

It’s poignant to say the least, beginning and ending with the line ‘Softly I am leaving, just as softly as I came…’.

It’s a lament to the city he grew to love in the relatively short space of time spent there.

And the longer I stayed in Cambridge, the more the poem resonated with me.

Whether we were punting on the Cam (do it, it really is one of the best ways to see the city, and your guide will furnish you with valuable historical nuggets about the area as you glide along) or taking our youngsters to Jesus Green to enjoy the playground while local cows roamed nearby and students practised their rowing in the ever-present river, there was always a sense of calm to be found.

This is a city that is full of people, and history, and yet remains comfortably quiet.

It’s a soft, pensive city, one that inspires you too to slow down, look around, read a book.

Similarly, The Fellows House is a hotel that wants you to learn.

It wants you to get a feel for the city and the people who have passed through the hallowed halls of its colleges – particularly those creatives, inventors and scientists who have had such an impact on life as we know it today.

And it makes it easy to do so.

If you’re ever in the city be sure to pop in.

Things to do in Cambridge

Just a few minutes’ walk from The Fellows Hotel is Jesus Green. This sprawling park, bordered by the River Cam, offers something for everyone, with free tennis courts, a playground, skate park and a lido among the highlights. Don’t be surprised to see the odd herd of cows passing through as you enjoy your picnic.

The Cambridge University Botanic Garden is a must-see for anyone visiting the city. At 40 acres in size, it is one of the largest university-owned botanic gardens in the world. It holds a collection of over 8,000 plant species from all over the world to facilitate teaching and research at the University but is also open for the public to enjoy too – boasting a series of beautiful landscapes through which to discover the drama of plant diversity.

Punting on the River Cam

One of the best ways to view the city, and get a history lesson to boot, is from the River Cam itself. Take a guided punt and sit back and relax while your guide points out all the interesting sites and the history behind them as you glide along the river.

Equally enjoyable and informative is the Cambridge hop-on, hop-off sightseeing bus tour. To do the full loop of the city takes just over an hour and includes an audio guide explaining all the important sites along the way. If you hear something you want to see for yourself, simply hop off the bus and explore the site and hop back on another bus to take you to your next destination.