LONDON CALLING: Get that festive feeling on a short break in the capital

LIFE for a teen is tough at the best of times but after a series of epic setbacks, together with cancelled festivals and parties due to the pandemic it has been a particularly bleak six months.

In some ways 2020 has been my daughter Daisy’s worst year when it should have been one of her most memorable.

To redress the balance I decided to book a weekend away – where she could be spoiled (within reason!) and have fun, ahead of her A level studies.

But given the continual changing restrictions, we decided to stay close to home and have a weekend in London – and surprisingly it resulted in us having the best weekend ever.

With a mother who loves to travel, Daisy has seen the world and experienced adventures in Australia, Asia, Africa and America, but the weekend we enjoyed in London is now up there in the best of the best and gave us both the wellbeing boost we needed ahead of the long winter ahead. 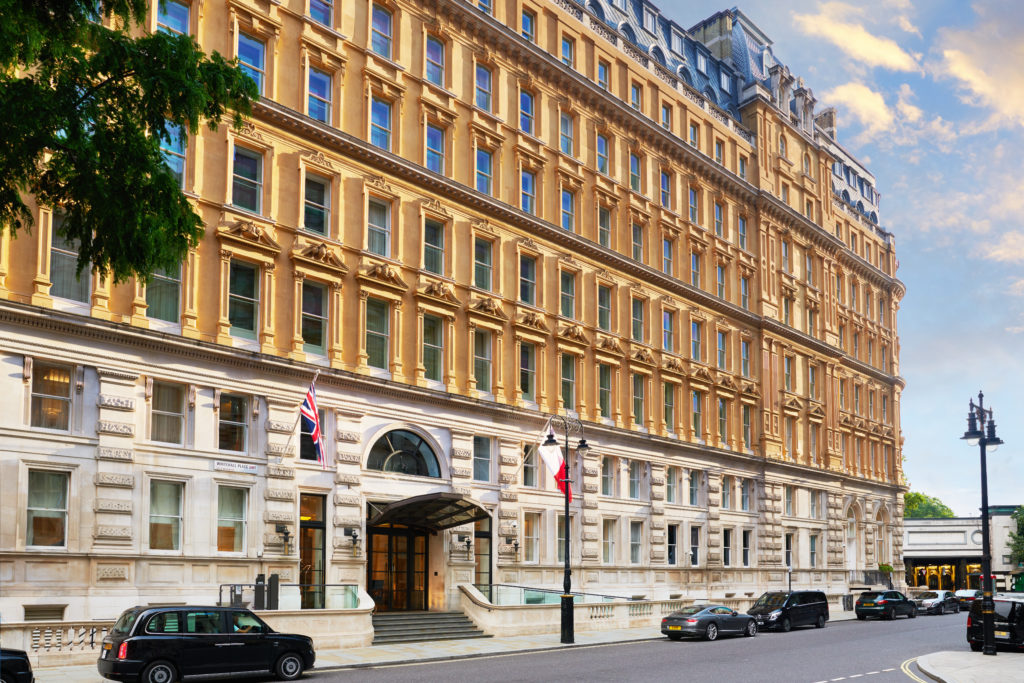 We chose Corinthia London, one of the capital’s most luxurious and stylish 5-star hotels located just off London’s Embankment and overlooking The Thames, The London Eye and many of the historic buildings in Westminster, as our weekend base.

It is definitely in the ‘treat’ price category but after working out what we’d have spent on festival tickets, parties and summer activities on the ‘parent-ometer’ it was pretty much on par.

We entered the hotel after a busy week for us both and instantly felt transported into a world of luxury with a twist.

The hotel is the opposite and stiff and stuffy – this was an important factor when choosing where to stay.

I wanted my daughter to feel relaxed and grown up in the surroundings rather than being treated as a child.

The hotel was a former Ministry of Defence building and before that it converted into the 19th century Hôtel Métropole.

It beautifully combines the traditional grandeur of the Victorian era with refined elegance and contemporary chic touches throughout.

They treated Daisy as a young woman and a valued guest and provided us with the best service we have experienced in any UK hotel.

After the year we had experienced – like the rest of Britain - we were more than ready for 48 hours of unadulterated luxury. 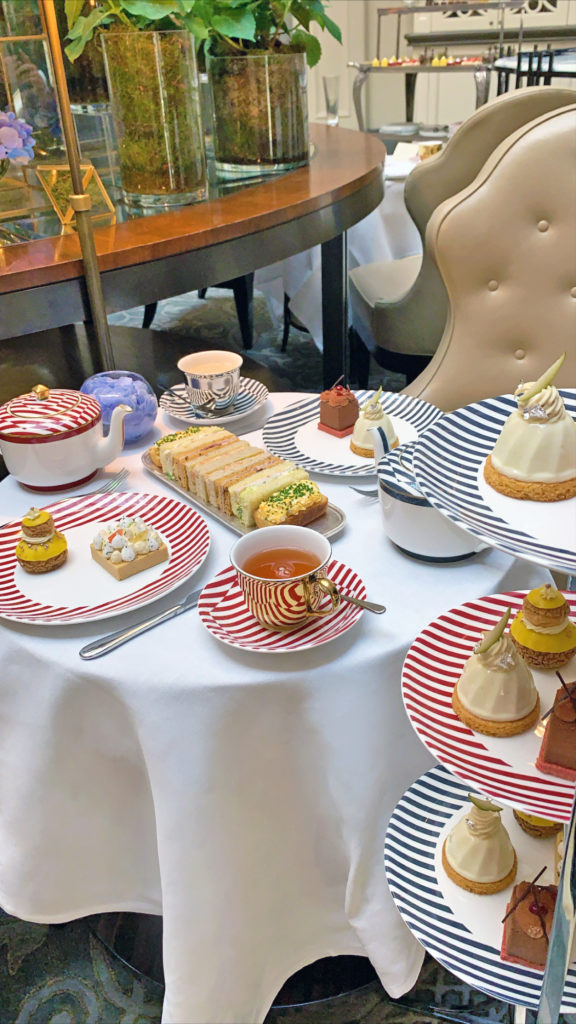 I’d surprised Daisy and booked us both in to the hotel’s Daniel Galvin salon for a Red Carpet Blow Dry.  Suitably coiffured, we enjoyed Afternoon Tea in the David Collins-designed Crystal Moon Lounge, which features one of the largest crystal Baccarat chandeliers both of us had even seen.

Insta heaven for the teen.

While the hotel feels like the shiny new kid on the block, it isn’t – it’s gearing up to celebrate its 10-year anniversary next year.

Its 283 guest rooms (out of which 51 are suites and seven are penthouses) are sleek and sophisticated, light and bright, with punches of colour.

Its Carrara marble bathrooms include a TV installed at the end of the bath for bath time viewing – this was a real plus point for a screen-loving Daisy, who screamed with excitement when she first saw it.

We booked into the hotel’s Kerridge’s Bar & Grill run by Michelin-starred chef Tom Kerridge for dinner the first night.

Set in a large high-ceilinged room, the walls are covered with brightly-coloured artworks curated by Liam West.

Matt O’Connor, its charismatic restaurant director, made Daisy feel very welcome and excited about the dinner ahead.

A sophisticated and distinctly British menu features a show-stopping Pig’s Cheek Pie, and Rib of Beef alongside Kerridge’s famous fish and chips, which are regarded as one of the best in the UK.

Hailing from Yorkshire, I can tell anyone where the best places in the UK for fish and chips are and can report that those which we enjoyed that night were the best we’d ever had. 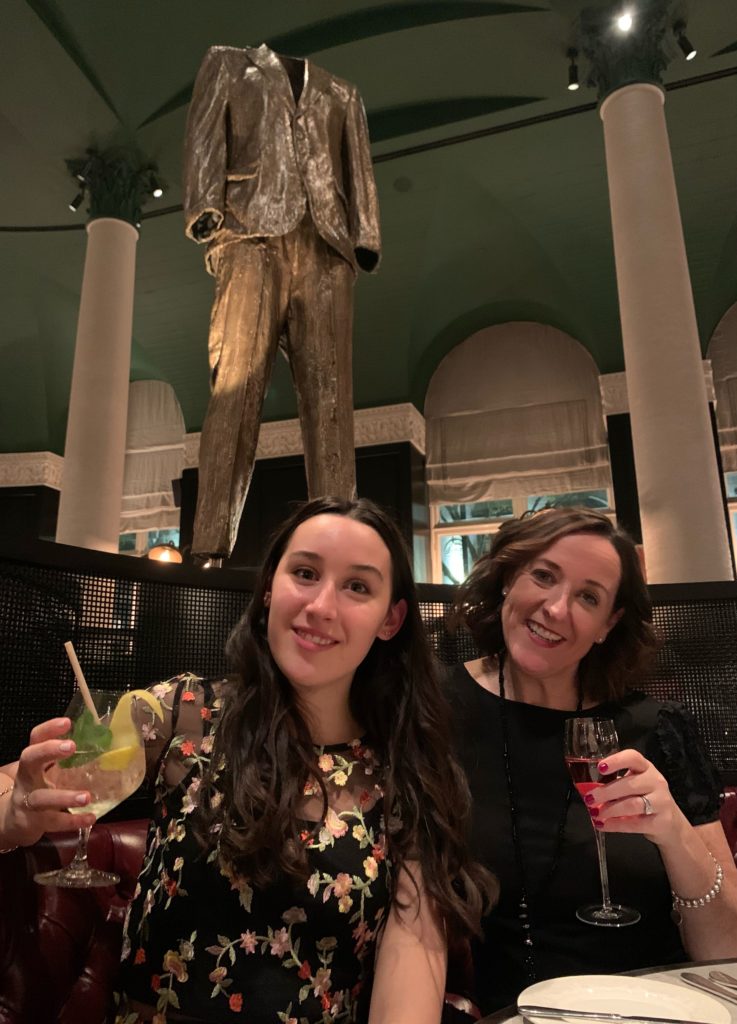 Maria and Daisy enjoying a delicious dinner at their luxurious hotel

After a really enjoyable evening, 10pm struck and we felt like Cinderellas having to leave the ball.

Yet Matt informed us of the new In Room Cocktail service which involves a mixologist and cocktail cart arriving at our bedroom door so we could enjoy a digestif in the comfort of our own room post dinner.

Matt had even briefed the cocktail waitress that it was Daisy’s belated birthday celebration and she brought up all the ingredients to make a ‘Daisy’ cocktail (well mocktail on this occasion) and shared with Daisy how it originated in the late 1860s.

It was such a thoughtful gesture and our night carried on with giggles, fluffy robes on, a late-night movie and Daisy raiding the chocolate and popcorn in our mini bar.

The next day, after breakfast in the hotel’s Northall restaurant (waffles and fruit for Daisy, chorizo baked eggs for me), we decided to start our Christmas shopping and strolled to Covent Garden’s famous cobbled piazza.

Its market was still on (when lockdown restrictions had eased) and its 60 foot Christmas tree which is decorated with 30,000 festive lights and another 115,000 lights will sparkle in Covent Garden come what may.

It was great to shop as the streets were that bit quieter and not as crowded as usual.  In some ways, it was the best London shopping we’d ever experienced.

We then took a quick taxi to Selfridges to see its newly opened Christmas shop and visit Blink Brow for a treatment.

This was Daisy’s first visit to Selfridges and hours were spent in its vast beauty halls and its well-stocked food hall admiring cupcakes and Chocofruit creations before heading back to the hotel with some great presents purchased.

Tired from a day’s shopping, we decided to book in to The Northall as Daisy had seen its Sunday all day dining menu on Instagram. 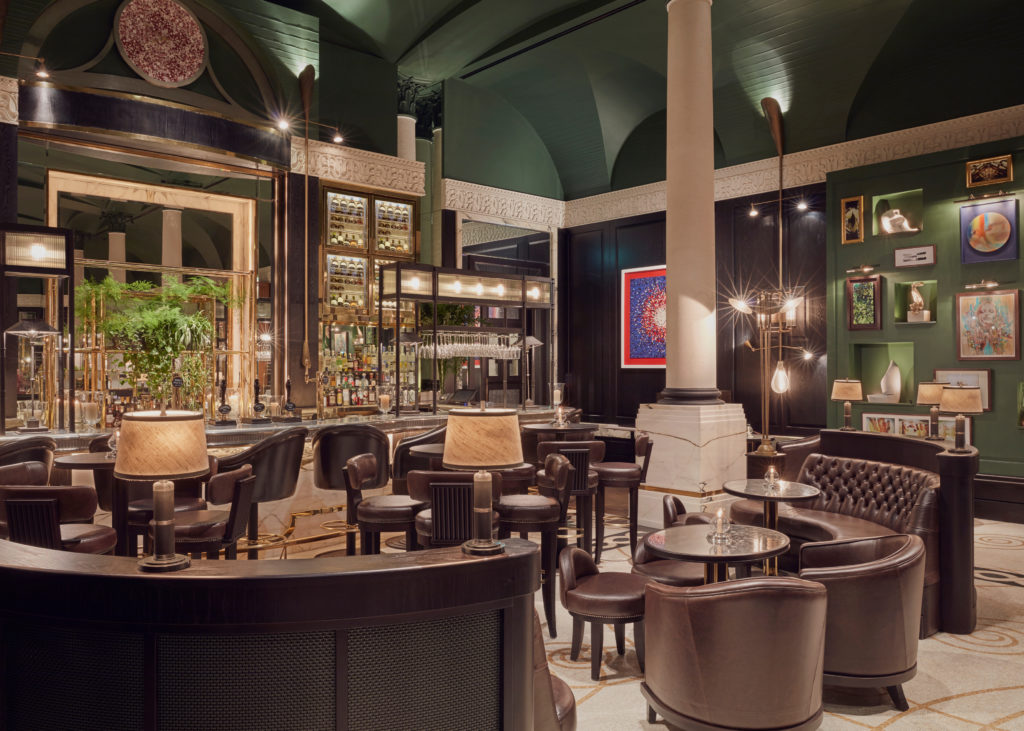 We enjoyed Fruits de Mer – Daisy tried her first oyster under the tutelage of Sebastian, our waiter – and she quickly concluded oysters are not for her! – and I enjoyed the most divine Hand-Cut Strozzapreti with Sauce Supreme and Autumn Truffle.

We then both ordered Chateaubriand of Scotch Beef with Yorkshire puddings and all the trimmings – this was phenomenal and melt-in-the mouth.  It was such a simple but special evening for a mum and daughter to have.

One of the hotel’s main draws is its expansive Espa Life Spa.

Excitedly we robed up and had planned to try everything we could – from the steam room to swimming pools and on to the heated sleep beds.

I’d just recovered from a nasty bug and asked Kirsty, Spa Director, to devise a plan which would help boost my wellbeing, prepare me for the long winter ahead and relieve the stress built up since lockdown.

First up was the facial from heaven.  The hotel has partnered with skincare expert Dr Barbara Sturm - who counts Gwyneth Paltrow, Bella Hadid and Emma Stone among her clients. 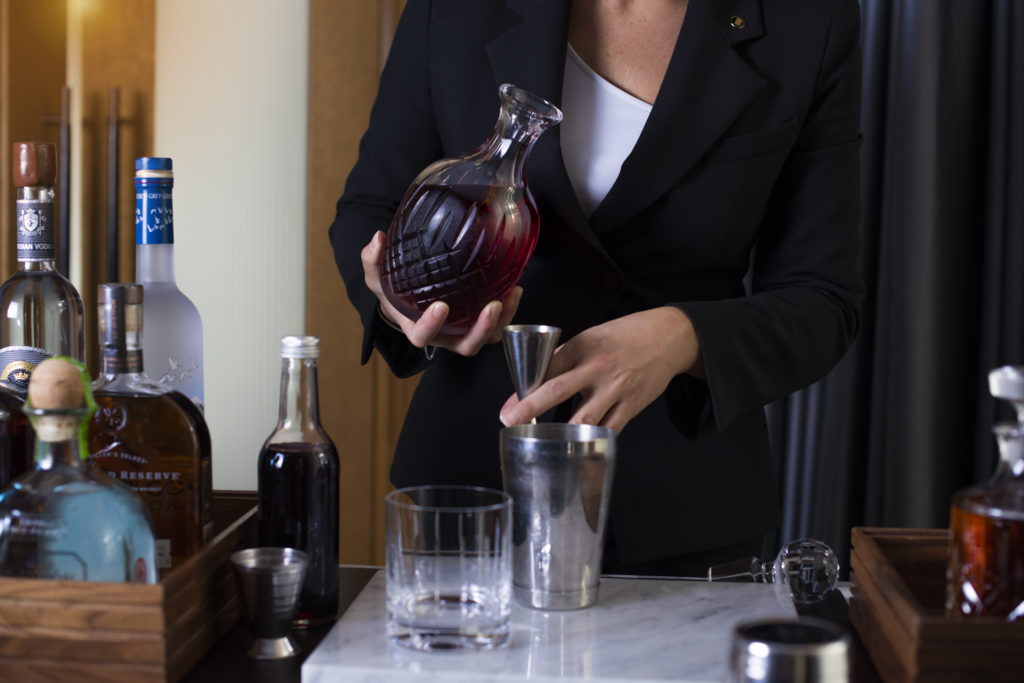 Kirsty recommended Dr Sturm’s Super Anti-Aging Facial which was the best 90 minutes my face has ever experienced.  Hands down, it was the best facial I had ever had, so much so I thanked the therapist with a two-minute round of applause post treatment.

Next up was an Inner Calm Massage to alleviate tension and restored balance which was equally as brilliant.

Saving the best till last, Kirsty booked me in for one of its newest treatments.

The hotel has just partnered with The Elixir Clinic to offer IV drips aimed at rejuvenation, prevention and long-term wellbeing.

The logic behind intravenous therapy is that a vitamin taken orally will lose much of its potency as it gets broken down in the stomach and digestive tract, whereas the body gets to absorb a lot more and a lot quicker when it is injected into the bloodstream via a drip.

I was in even though a little nervous. 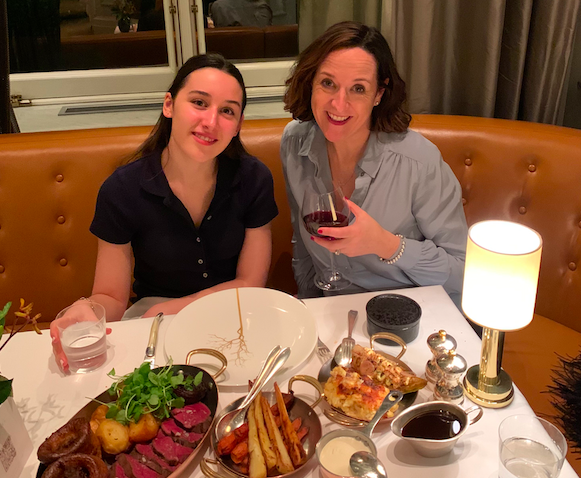 Sunday lunch at The Northall

The process at Corinthia London is, as I’d expected, reassuringly thorough: a nurse checked my medical history, conducted an Oligoscan test on the palm of my hand.

The good news was that according to the scan, my mineral levels were in the ‘ideal’ zone apart from magnesium and silicon levels which were ‘low’.

I was reassured that this was not bad at all.

After reviewing the results, the nurse prepared a VIP Elixir Vitadrip infused with a blend of 15 vitamins, minerals and amino acids, all classified as essential nutrients vital for the body.  Drip in, I relaxed for 30 minutes as it was administered (I didn’t feel a thing) while Daisy chilled in one of the spa’s sleep pods.

We regrouped at the Spa’s restaurant and enjoyed a healthy lunch and wellbeing juices from its new menu devised by the world-renowned nutrional therapist Eve Kalinik and both felt rejuvenated and really happy.

Our weekend in London was one of, if not the best weekends we’ve had as mum and daughter together.

We forgot about Covid, the missed celebrations, the stress of lockdown life, and left with new memories to cherish, our wellbeing truly boosted and feeling like Wonder Woman ready to take on the world.