10 great attractions to seek out in Northern Ireland

The filming of the HBO fantasy series Game of Thrones extensively in the North — with locations ranging from Ballintoy Harbour in Co. Antrim to the Mountains of Mourne in Co. Down, and from Shane’s Castle to Stranocum.

This month the area received another fillip with the staging of the Giro d’Italia cycle race in Ireland. The race began in Belfast, and headed north to the Causeway Coastal Route, then down to historic old Armagh City, and finally headed south to Dublin.

The local tourist board — delighted that images of some of Ireland’s most spectacular scenery was being beamed to televisions across Europe — have been keen to capitalise on the exposure.

With this in mind, we've compiled a Northern Ireland travel guide series of the 10 best attractions, pubs, eateries and places to stay, for travellers wishing to visit the place which gave the world Bushmills Whiskey, the Titanic, the rubber tyre, the Chronicles of Narnia and Van Morrison.

Wander along the four mile long strand of Newcastle, Co. Down, for one of the best views of the North’s highest peak. This is where “the Mountains of Mourne sweep down to the sea” — to climb up it, and give yourself an incomporable across Ireland, Scotland and the Isle of Man will take about three hours — just head up the Glen River.

This island in Lough Erne, about three miles from Enniskillen, has the most extensive remains in the North of early Christian settlement, complete with round tower, monastery and shrines. 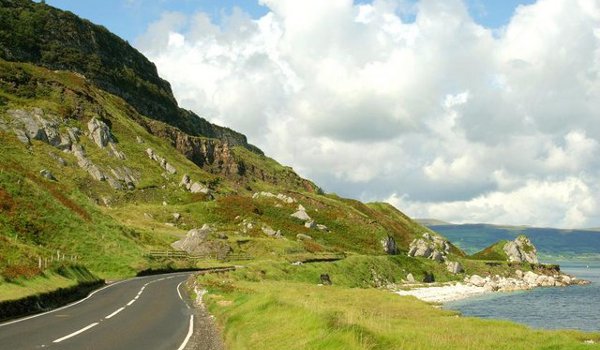 3. The Causeway Coastal Route, aka the Antrim Coast Road

Reckoned today to be one of the most spectacular routes in the world, it takes in towering cliffs, crumbling castles, spectacular beaches — oh, and the odd giant.

4. The Ring of Gullion

A text book example of an extinct volcanic ring-dyke system, the Slieve Gullion range was described by Laurence Llewelyn-Bowen on BBC as simply “one of the most beautiful places in the world”.

You get three saints for the price of one at St Patrick’s Grave in Downpatrick. Ireland’s other two patron saints, Brigid and Colmcille, according to legend, also lie here. You also get panoramic views of the Quoile River, the Cistercian Inch Abbey — and in the distance the Mountains of Mourne. 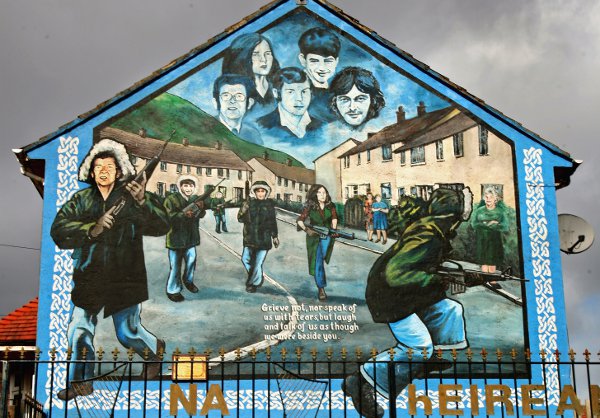 A Catholic republican mural in the Ballymurphy estate in Belfast

The republican murals in West Belfast have been 40 years in the making and are certainly impressive. In a spirit of even-handedness, see if you prefer the loyalist murals in East Belfast. Keep the verdict to yourself.

Whiskey is an Irish word, so no surprise about its long history in Ireland. Treat yourself to a dram in the world’s oldest distillery in Bushmills. Tours are available, and you’ll get the whole 400 year, 40 per cent story. 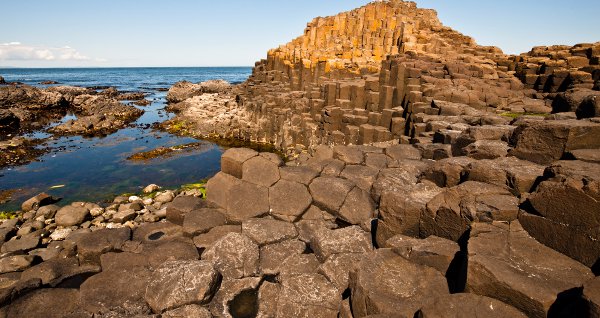 For centuries a geological wonder known only to kelp gatherers and shepherds, the 40,000 columns of basalt are today one of Ireland’s three UNESCO World Heritage Sites.

9. The Walls of Derry

Enclosing the world’s most northerly Catholic city, the blood-stained history of this part of Ireland is etched in these old walls, amongst the most complete anywhere in these islands.

Stop off at the Creggan Visitor Centre and ask for directions to the 44 monuments “of prehistoric significance” within a five mile radius of the centre. Neolithic tombs, cairns and standing stones.

It's official: The best hotel in all of Ireland has been revealed