A NEW museum which is home to one of the largest collections of Irish silver in the world has opened in Waterford.

Officially opened by Minister for Finance, Paschal Donohoe, the Irish Silver Museum offers visitors a journey through Irish history using beautiful, intimate and personal objects as a guide to the fascinating story of Ireland from the arrival of the Vikings to Ireland’s entry into the EEC in 1973.

Speaking at the opening, Minister Donohoe said: “As Minister for Finance I am delighted that Section 1003 of the Finance Act enables important elements of our national and much-valued heritage to remain in or be repatriated to the country, to be enjoyed not just by the privileged owners of old but all the people of Ireland and visitors to our shores.” 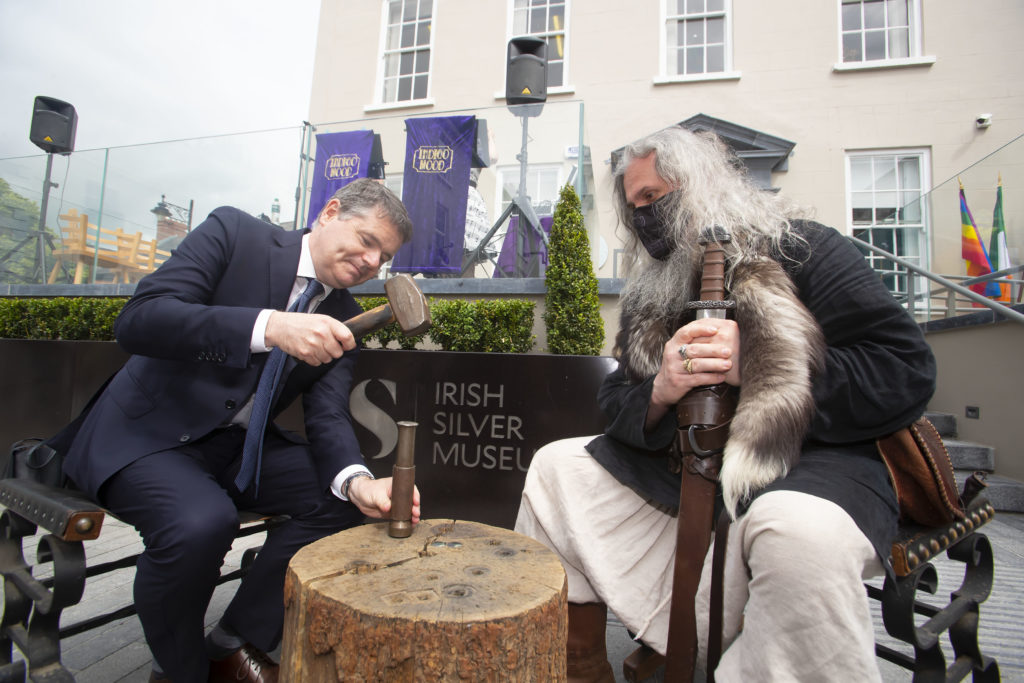 Pictured at the spectacular new Irish Silver Museum, Minister for Finance Paschal Donohoe participates in a Viking coin creation by striking a coin

He added: “I know that many of the items in this museum have been repatriated from overseas and collectively they show the richness and diversity in the craft of silver that has been practiced in Ireland for over twelve hundred years.”

Museum Director Eamonn McEneaney added: “Since the Viking period in Ireland silver has been a prized metal and a means of exchange.

“Most of the objects in the museum feature the initials of their makers and the coat of arms of their owners which allows each beautifully crafted piece to tell its own story, thus giving us a remarkable window into the past.”

The new museum is a showcase of the social, economic and political history of Ireland through silver, while also celebrating the great craft and skill of the smiths who created the objects.

Highlights include the Waterford kite brooch, a sword granted to the city by Edward IV, silver which belonged to Dean Jonathan Swift, pieces from the most famous houses and powerful families in Ireland’s history as well as medals and commemorative items associated with some of the great events in Irish history.

The Mayor of Waterford, Councillor Damien Geoghegan said this week: “This is a marvellous addition to Waterford’s cultural offering and we can now boast five award-winning museums.

“I would like to thank the collectors and benefactors who had the foresight to gift their superb collections to the people of Waterford, Ireland and the world." 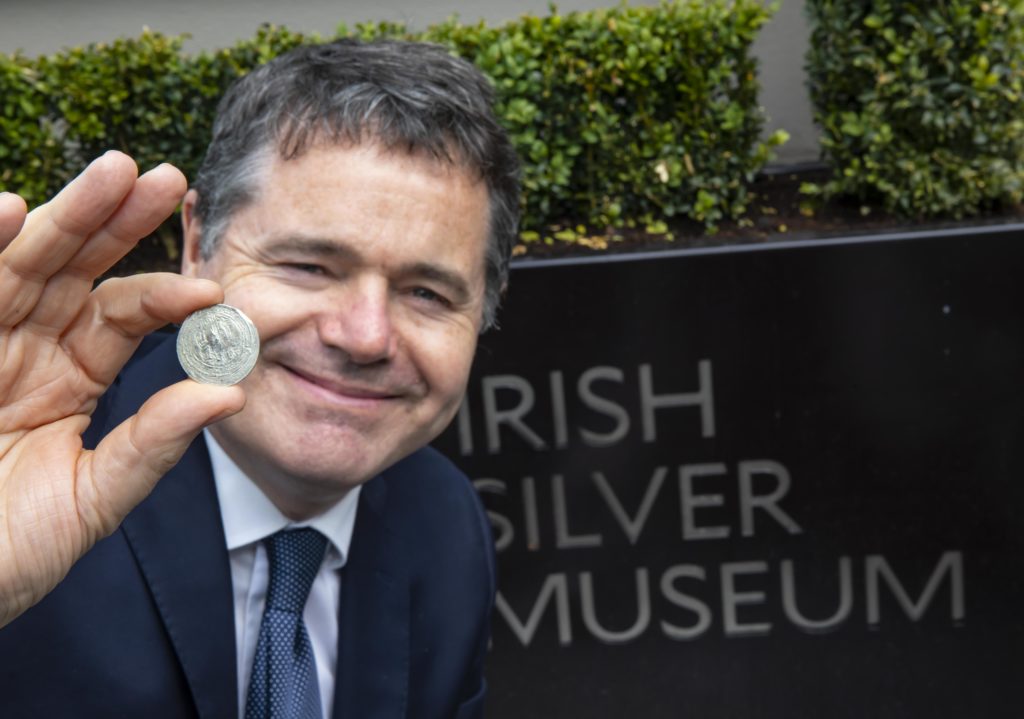 Minsiter Donohoe's replica is of a coin made in present day Iraq found at the Woodstown Viking site in Waterford in 2005. The original was minted in 742.

Located at The Deanery building in Cathedral Square, Waterford, the museum stands above a medieval wine vault dating to the 1440s.

The museum forms part of the Waterford Treasures Museums suite and is now the fifth museum within the Viking Triangle of Waterford City.

It is open to visitors daily, tickets are €5 per person and available here.