Kildare Cathedral started life as a church founded under an oak tree in what is now Kildare town by St Brigid around 480AD. Over time Kildare developed into a great monastery, which as well as being visited by pilgrims and petitioners from across Ireland and beyond, came to the notice of plunderers and invaders.

By the mid-17th century the cathedral was almost entirely in ruins after the vicissitudes of the centuries. However, it was replaced in the 19th century by the glorious neo-gothic structure of today. Inside the cathedral an erudite exhibition explains the history of Brigid and Kildare, and a number of medieval stone sculptures and tombs give a tremendous feeling of the deeds of the past under the intricate vaulted ceiling and stained glass windows.

Outside, in the grounds of the cathedral stands a 12th century high cross, and one of the tallest round towers in Ireland. If you only go to church once a year, make it Kildare Cathedral this year.

Not so famous as its nearby neighbour Tollymore Forest, with its connections with Game of Thrones, Chronicles of Narnia and Edward Lear, Castlewellan Forest is nonetheless a fascinating place with some Grade A horticultural curios as well as many breath-taking views.

Castlewellan’s gift to the botanical world is the Cuprocyparis leylandii, or Castlewellan Gold, cultivated today by gardeners across the globe — you can still see the original specimen in the ornamental gardens. But the A-listers don’t stop there — round the faux baronial castle and ornamental lake are giant sequoias, Californian nutmegs towering to the sky, and probably Ireland’s tallest tree — a Douglas fir which local foresters believe tops the Powerscourt (Co. Wicklow) record holder by a couple of feet.

Away from the arboretum and formal gardens (both beautiful and rarely, if ever, busy) more rugged woodland stretches up gentle hillsides from which spectacular views across Down’s drumlin countryside to the Mournes.

Ireland's first microbrewery is also one of the finest, serving its own range of beers. You can visit the brewing part — tours are available most days. Mind you, to be brutally honest, there’s not a lot to see in any brewery, or distillery for that matter. Making alcohol is a fairly lengthy and sedate process.

But here at Biddy Early’s the story of beer-making in Ireland is told with imagination, and a pint of one of the brews in the airy pub is magic. Biddy beers are made from all-natural ingredients such as bog myrtle and carrigeen moss and bog myrtle — with no artificial additives.

There are four main beers: Black Biddy, a fruity stout; Blonde Biddy, a lager; Red Biddy, an ale with a certain sweetness; and Real Biddy, a cask-conditioned ale. Throughout the year special flavours are produced.

Needless to say any visit here will include a telling of the exploits of Biddy Early herself — the faith healer from Co. Clare is known to have enjoyed the odd drink.

This really is Hidden Hibernia. Few tourists, on their dash from Dublin to Kerry or West Cork,  stop off for a wander in these mountains in the Irish midlands; even many Irish people are very hazy as to the whereabouts of the Slieve Blooms. They, in fact, form a border between two equally under-regarded places, Co. Offaly and Co. Laois. Of course this lack of visitors is one of the factors that makes the Slieve Blooms such a worthwhile place to visit.

The Slieve Bloom Way is 48 miles long, and while not particularly mountainous in the grand scheme of things — any section of the Way can be strenuous enough to let you know you’ve been on a hike. The trek will take you through heath and woodland, onto open moorland and eventually bare rock.

En route you’ll see deer, hare, wild orchids, wild strawberries and bog cotton. You’ll likely have the place to yourself, and it is only enchanting. If you want something more of a guided tour contact Leslie: 00 353 (0) 872763565 who provides superb commentaries on every aspect of the Slieve Blooms, from mythology to actual magic. 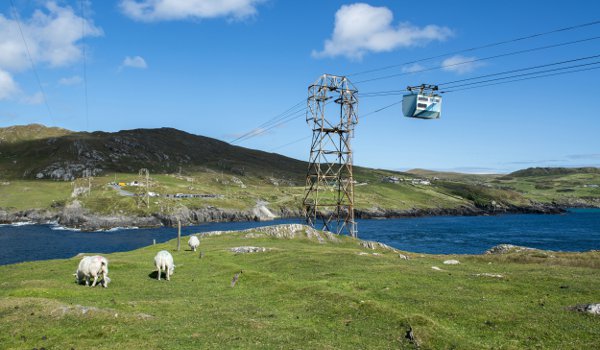 Ireland has more castles than you can reasonably shake a pikestaff at — probably more per square mile than any other area on earth, although Wales, Scotland and Bavaria have all posted rival claims. Ireland’s earliest surviving castles are Norman, and none is more atmospheric, more beguiling, than Roscommon Castle.

Constructed on the orders of Edward I of England in the 13th century, today the castle stands in ruins, which only adds to its allure. Today Roscommon Castle is free to enter. It’s situated between Roscommon Town and Athlone off the N61.

The best known feature of the truly delightful village of Cushendall, ‘the capital of the Glens of Antrim’ is the Curfew Tower. Now, although this looks every inch a Norman fortification, it is in fact a four-storey red sandstone copy of a Chinese building. It’s a long story — and they’re very fond of long stories in these parts — but the nub of the matter is that the local squire, the very rich Francis Turly of Drumnasloe, is reputed to have seen one on his travels.

On his return home he built a copy to be ‘a place for confinement for idlers and rioters’. Mr Turly even altered the course of the River Dall ‘to make Curfew Tower look more romantic’.

The tower’s present owner, the writer Bill Drummond, established in 1999 a residency in the Tower for artists, which is managed by the In You We Trust.

Aside from this architectural curio, now a cultural facility, Cushendall has a fine shingly beach, good angling on the River Dall, and excellent deep-sea fishing.

To get to Dursey Island, lying at the southwestern tip of the Beara Peninsula, you need to take the cable car — Ireland’s only cable car, and the only one in Europe which crosses sea. Each cable-car takes six people… or one cow. In days before the cable-car, the cows had to swim across. Improbable though this may sound, there are photographs to prove it. Whether the cows (and sheep) preferred the airborne journey or the sea, we can only guess.

The island is home to some half dozen people, a handful of livestock, and millions of seabirds.

The most westerly of Cork’s inhabited islands and one of the last outposts of Europe, Dursey’s beautiful sunset featured worldwide in a televised broadcast of the last few hours of the Millennium.

Because of its strategic position in the centre of Ireland, Athlone has played an important part in Irish history from the very earliest times. In 1001, Brian Boru marched through; later Ginkel, the Dutch commander of William of Orange’s forces, lodged here, as did the Duke of Wellington. It’s not that surprising then, that the town is also home to what claims to be the oldest pub in Ireland — Séan’s Bar.

Archeological records have found that the walls of Séan’s Bar in Main Street — made originally from wattle and wicker — have been standing since 900 AD. Further, extant records claim to name every owner of the pub back to its 10th century founding — including Boy George, who briefly owned the premises in 1987.

Today the old pub is still a haunt of locals and visitors alike, and the craic regularly reaches 90, just as it has done since 900AD. 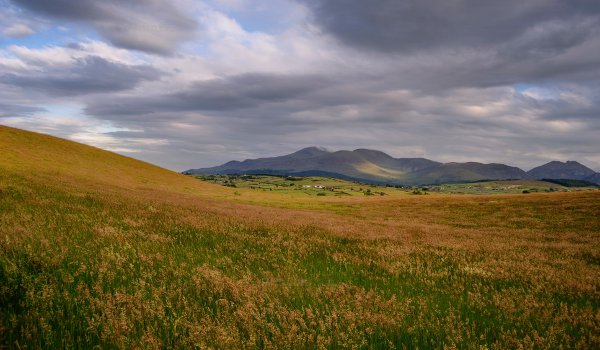 The Tudor Cinema, Co. Down

This privately-owned 66 seat cinema nestling in the drumlins of Co. Down was built by brothers Noel and Roy Spence, connoisseurs of cinema production and architecture, and collectors of memorabilia.

Although both spent the bulk of their professional careers teaching, they devoted their spare time to the cinema. Their special interest is the B-Movie genre, and they have one of the largest collections in these islands.

Various cinema clubs use The Tudor for their own specific genre — from the films of Laurel & Hardy, to musicals, and from rock 'n' roll movies to home-grown short stories and thrillers. Absolutely splendid stuff, made all the more enjoyable by the atmosphere of this extraordinary picture house. For more information call Noel Spence on 028 9187 8589.

Tyrone is liberally dotted with megalithic monuments and dolmens — with Beaghmore one of the most impressive.

The intricate stone circles unquestionably denote considerable pre-historic effort, but their precise purpose can only be guessed at. They were perhaps constructed in relation to the solstice, or to record the movements of the stars. Whatever their purpose, they provide a tangible link with our Tyrone ancestors of some 4,000 years ago. Go along and speculate yourself. Beaghmore is 8.5 miles north west of Cookstown, Co. Tyrone, on the south-east perimeter of the Sperrin Mountains.