St Patrick’s Day Ball Dust down the old D-J, don you most stylish hat and let your tails hang down at the annual St Patrick’s Festival ball held at the grandiose Intercontinental Hotel on Park Lane. Dinner and entertainment – dancing to Barry Owen and The Main Attraction – will follow the Champagne and Guinness reception.  Intercontinental Hotel. One Hamilton Pl, London, Park Lane. 7pm. £150. 020 7318 8649.

‘Once’ - a new musical Winner of eight Tony awards, including best musical, this stage version of the hit Irish film arrives in London. The romantic story of an Irish busker and a young Czech mother who meet through a love of music. Phoenix Theatre, Charing Cross Road, London.£19.50-£85. 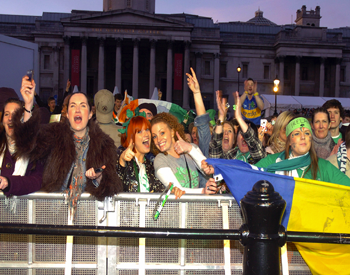 Proud Camden Try something different this St. Patrick’s - stables are available to hire for you and 50 of your friends. Proud Camden, Chalk Farm Road, Camden Town.

St. Patrick’s Day at the Toucan Take a pew at one of London’s most popular Guinness-themed bars. The Toucan, 19 Carlisle Street.

An Evening with Liam O'Connor and Friends - Taking place on Sunday evening after the St Patrick’s Day parade in Trafalgar Square, Liam O’Connor will fuse music, song and performance rooted in the Irish tradition to ensure the Centre goes out with the bang it deserves. Irish Cultural Centre, Hammersmith, 5 Black’s Road, Hammersmith, W6 9DT. 7.30pm. £17. 020 8563 8232. www.irishculturalcentre.co.uk 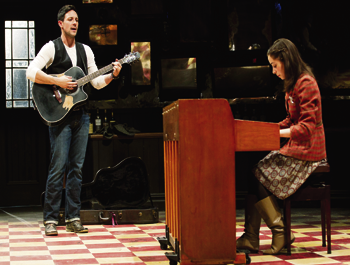 'Once' comes to The Pheonix Theatre on Saturday, March 16.MONDAY, MARCH 18

Join the legendary centre alongside international colleagues from sport and friends from show business to celebrate his illustrious rugby career. The event features live performances and an after party to help you see off your St Patrick’s Day celebrations in style.

London Irish St Patrick’s party at the Madjeski - DJ Minty, Bible Code Sundays, The Reels and The Paul Bowen Band.
The rugby bash of the season kicks off at 11am as DJ Minty takes the stage at the Village. The live music stage will be flanked by two massive Guinness trucks to keep the party going. As always the Madjeski will be family friendly: kids can visit Digger’s outside Pound where they can have their faces painted, play on the bouncy castle and get their picture taken with Digger himself. Not to forget a certain Aviva Premiership rugby game against Worcester Warriors, at 3pm.