RTE chiefs back down over closure of Radio One longwave service, pushing the date to 2017.

Safeguarding the future of Irish clubs

Regional editor Fiona Audley on the findings of Irish in Britain survey on the health of  Irish clubs in Britain. 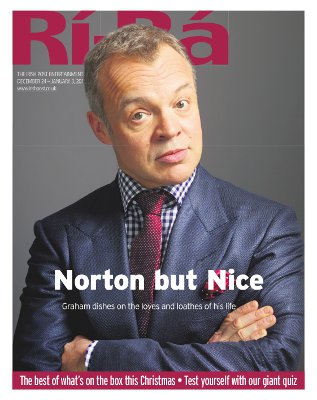 Chat show king Graham Norton on the loves (and loathes) of his life.

Our writers Steve Martin and Joe Giltrap look back at the year that was for Irish film and Irish music respectively. 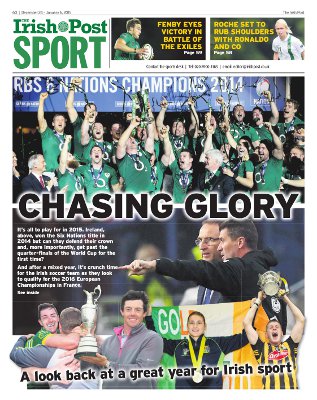 Garry Doyle asks if  Ireland can defend their Six Nations title in 2015, or get past the quarter-finals of the Rugby Workd Cup for the first time?

All to play for

Ned Keating look back at the year in Irish soccer and at Ireland's chances  as they look to qualify for the European Championships in France.