END OF AN ERA: Popular Irish store in Birmingham to close down

A POPULAR store stocking all things Irish for customers from across Birmingham, the West Midlands and beyond will close next month.

Minstrel Music, which is based at Birmingham’s Irish Centre, will cease trading in January, in line with the closure of the site.

It marks the end of an era for the local community and for owner John Fitzgerald, who has led the successful business for more than 40 years, as well as dabbling in numerous other ventures – including a lengthy career as a music promoter and a stint as the lead singer of the 1970s band The Castaways.

Hailing from Gobbinstown in Co. Wexford, he came to England in 1957.

He quickly made a name for himself on the music circuit as the promoter and manager of many large Irish acts, including long-term friend Brendan Shine. 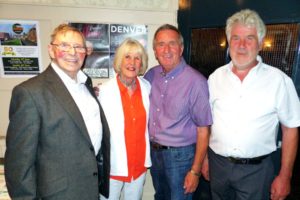 Mr Fitzgerald continued to organise concerts and festivals in and around Birmingham over many years, including the Midlands Irish Festival and the Minstrel Music Charity Nights.

But his constant in recent decades was always the shop, and his devotion to that business meant that whether it’s a fridge magnet or a piece of fine crystal, if you were after something Irish in Birmingham there was only one place to go.

Minstrel Music in Digbeth is famed for supplying the best of Irish trinkets, music, giftware and essentials – such as Irish dancing shoes and GAA footballs.

Regarding his Aladdin’s Cave of all things Irish, Mr Fitzgerald previously told The Irish Post that the business always did well due to the nature of his stock.

“I think we do well because of all the different things I sell here,” he said.

“I do all the Irish dancing shoes - and people are always going to need them - I have the crystal, the jewellery and all the GAA shirts.

“I have probably got the best selection of Irish music in any shop here, or in Ireland, and these are the things that make all the difference to a business like mine.

“Variety - having all those items that others don’t stock under one roof - makes a big difference.” 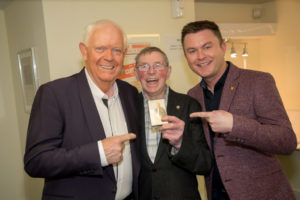 With a mail order client base that stretched as far as South Africa and Germany and a heavy footfall of customers who visited the shop from all over Britain to grab those hard-to-find Irish essentials, it is easy to understand just how Mr Fitzgerald – who first opened the shop at a venue in Birmingham’s Sparkbrook in 1979 before relocating to the Irish Centre – kept the popular business afloat over the decades.

More interesting however is that, while the rest of the industry went online or embraced the most modern of cons, he stayed true to the traditional tools of his trade - calculating his customer’s bill on the back of a brown paper bag, needing only a pen, his mental calculator and a bit of long-hand mathematics.

He explained: “I am my own computer – I add everything up on the paper bag, that’s just the way I have always done it.

“A lot of customers said they wish I was online so they could order on the web but that is just not for me.

“I am a traditional store and that is how I stayed.” 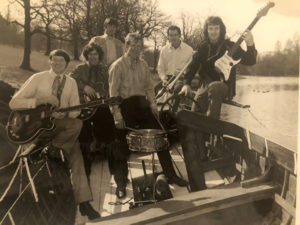 Other nostalgic treats that will be missed by his customers once Minstrel Music closes its doors for good next month, include the small fridge magnets showing leprechauns or Irish dancers which he gave as gifts to youngsters buying Irish dancing shoes.

And for the adults there was very often the offer of a cup of tea while they browsed the shop from the self-titled ‘tea-totaller’ – who has “only ever drank tea” and could easily clock up around 18 cups a day.

But for Mr Fitzgerald, a father of seven, his impending retirement from the business will simply mean more time to spend with his beloved wife Margaret and his family, which he is just as devoted to.

Although he does have one final Minstrel Music gig planned – a Derek Ryan concert at South and City College Birmingham, which is due to take place on March 12, 2020.

And prior to that he has a closing down sale to manage – with the vast majority of items at Minstrel Music now on offer for 30 per cent off.

So, if you’ve never been, now would be a good time to get along to the shop, see the man himself and come away with a bargain.

For further information about the Minstrel Music sale or the Derek Ryan concert contact call 0121 6223763.

Coronavirus forces casinos in Ireland to close their doors