THE grandson of Oscar Wilde was the guest of honour at the official opening of a new hotel chain inspired by the Irish literary giant.

Merlin Holland, the only grandson of the famous Irish playwright and poet, attended the official opening of Staycity Group’s Wilde Aparthotels London on The Strand yesterday.

Holland, along with Staycity Group CEO Tom Walsh, cut the ribbon on the apartment building, the first of the company’s premium Wilde brand, the design and concept of which was by Oscar Wilde himself.

He said: “I’m delighted to be involved with the opening of Wilde. My grandfather took a great interest in aesthetics, particularly in interior design. He memorably said ‘have nothing in your house that is not useful or beautiful’.”

The 106-room Wilde in the stunning location of London’s Strand, close to the popular tourist area of Covent Garden and the heart of London’s theatre-land, offers guests a choice of studios, superior studios and double rooms over eight floors including three sky level studios. 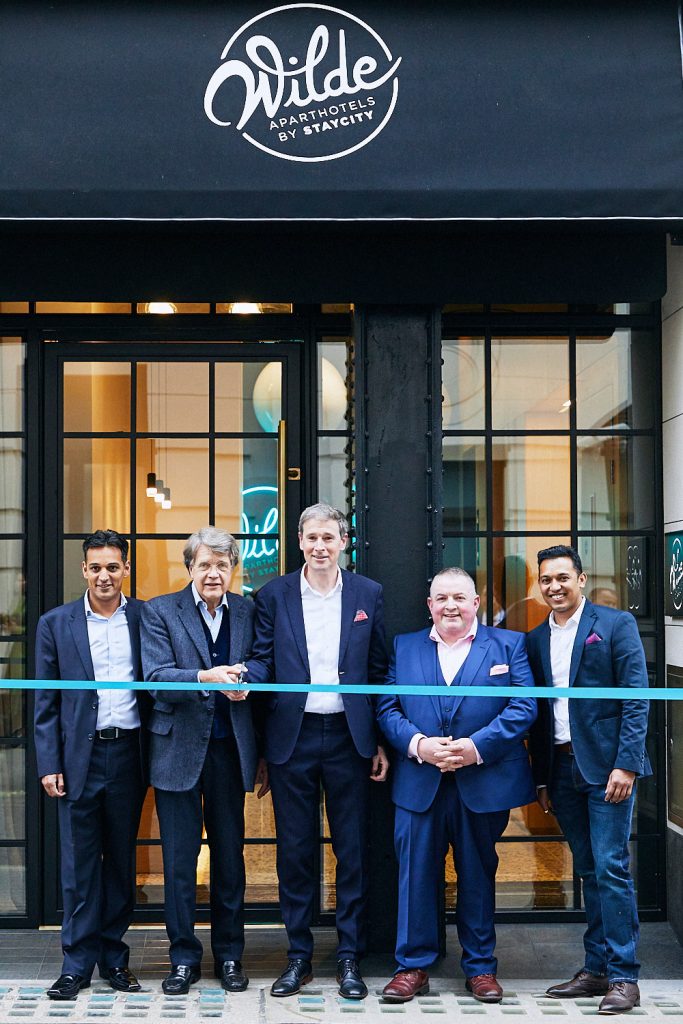 Prices start from £160 per room per night.

CEO and company founder Tom Walsh said: “We are honoured to have Merlin with us to mark the opening of our first Wilde and to share some insight into his famous grandfather. It’s fitting that our first Wilde is close to where Oscar lived in London.

“It is also opposite the Vaudeville Theatre, currently hosting an Oscar Wilde season, and is a short walk from the Oscar Wilde memorial, near Charing Cross.”

Wilde, The Strand, general manager Atul Prakash, who joined Staycity in August 2017, said he was delighted with the reception the property had received so far.

“Our guests have already given us fantastic feedback on Wilde – they love the quirkiness of the rooms and the imaginative design touches. The quality of the beds has come in for particular praise too – as has the location of the building with its impressive views over London.”

Staycity intends to roll out the Wilde brand across gateway city centre locations throughout Europe.

The Strand will be followed by a second on Edinburgh’s King’s Stables Road (123 apartments) at the end of 2019, two properties in Berlin opening 2019/2020, and another on Manchester’s St Peter’s Square opening in 2020 with 256 apartments.