A POIGNANT exhibition documenting the signing of the Anglo-Irish Treaty has opened at the Irish Embassy in London.

The Art of Negotiation, an exhibition of John Lavery’s Anglo-Irish Treaty portraits, has been loaned to the Embassy from the collection of the Hugh Lane Gallery in Dublin.

Two additional works have been lent by the National Gallery of Ireland and Áras an Uachtarain. 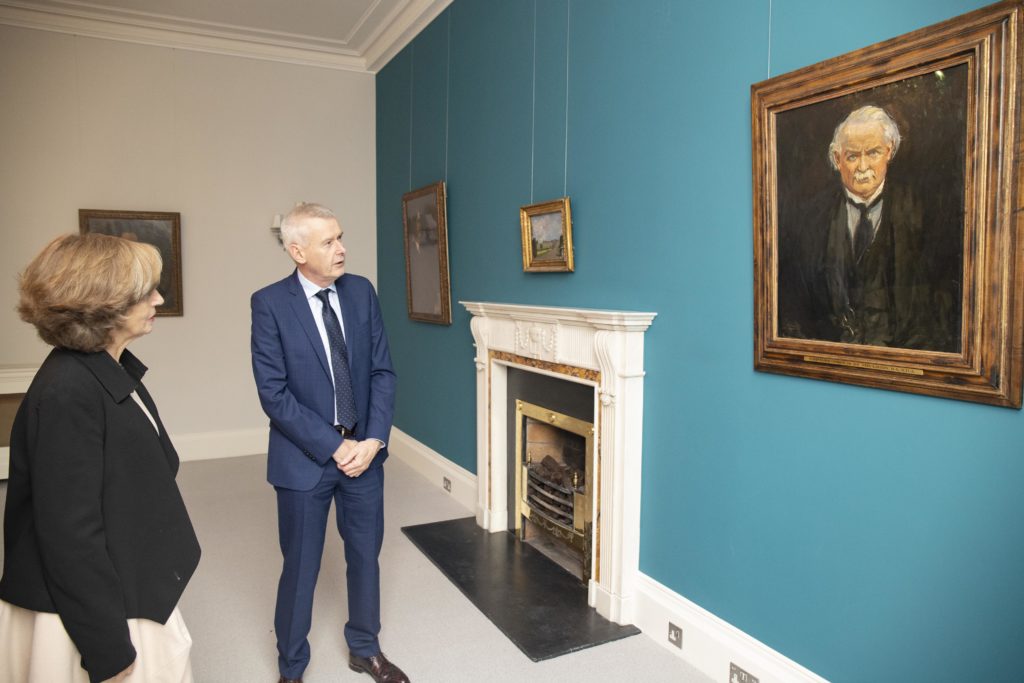 Barbara Dawson, Director, Hugh Lane Gallery and Adrian O’Neill, Ireland’s Ambassador to Britain, at The Art of Negotiation, an exhibition of John Lavery’s Anglo-Irish Treaty portraits from the collection of the Hugh Lane Gallery

Having opened today, the exhibition will remain open to the public until November 7 – offering a rare chance to see these significant works of art in the esteemed setting of the Embassy building in Kensington.

The exhibition features 14 remarkable portraits of leading Irish and British figures who were involved in the Anglo-Irish Treaty negotiations in 1921, the agreement which led to the establishment of the Irish State.

It is part of the Irish Embassy’s series of events marking the centenary of the signing of the historic agreement.

The paintings include contemporary portraits of some of the leading political figures of the time, including Michael Collins, Arthur Griffith, Éamon De Valera, David Lloyd George and Winston Churchill.

Sir John Lavery’s access to members of both negotiating teams, and his gift for portraiture brings to life this crucial period in Irish and British history. 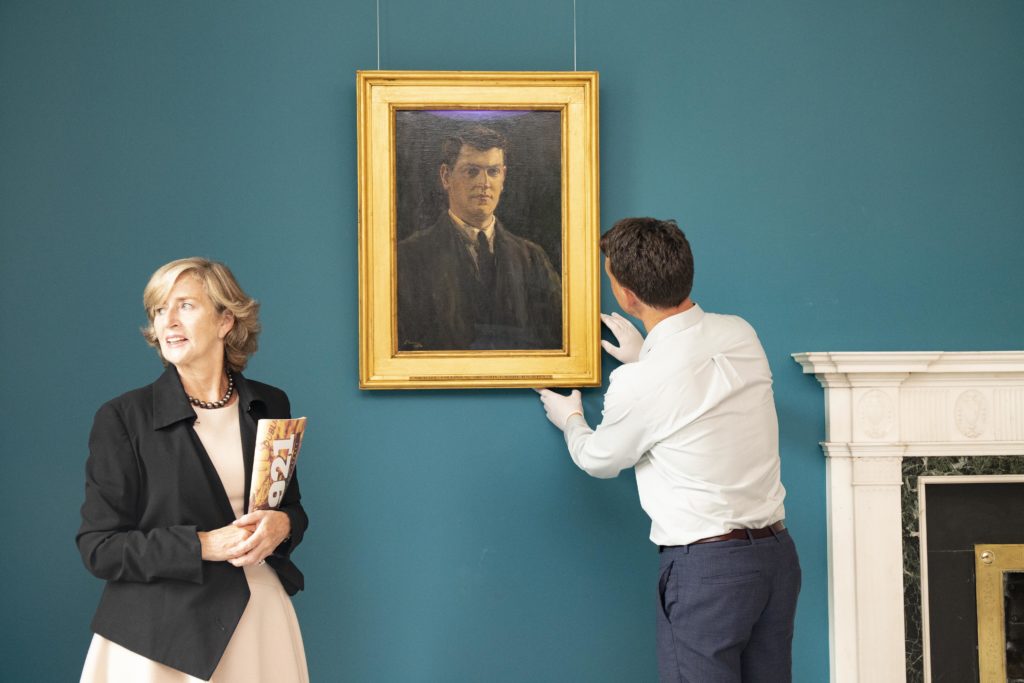 Regarding the launch, Ireland’s Ambassador to the UK, Adrian O’Neill said: “The signing of the Anglo-Irish Treaty in London on December 6, 1921 was the culmination of months of negotiations, and a pivotal moment that shaped the subsequent century of relations between Ireland and the UK.

“The Embassy’s centenary programme hopes to deepen our understanding of this period of our shared history.”

He added: “I am delighted to be opening the doors of the Embassy for public tours of this important exhibition.

“Huge thanks are owed to our partners, Barbara Dawson, and her team at the Hugh Lane Gallery, for bringing the exhibition to London.” 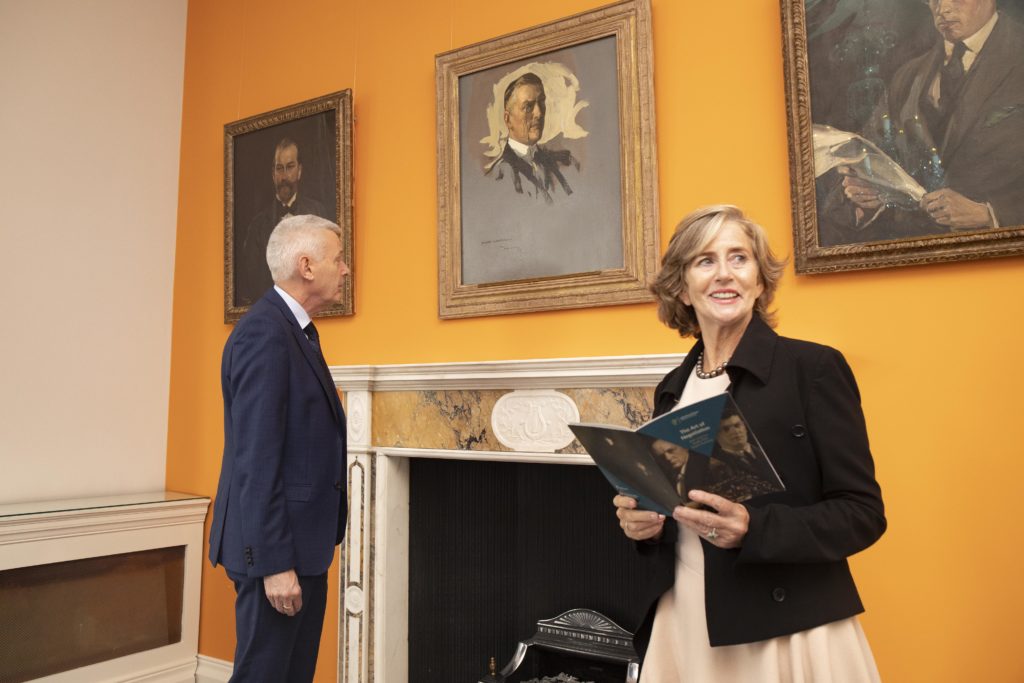 The exhibition opened today and runs for one month as part of the Embassy programme marking the centenary of the negotiation and signing of the Anglo-Irish Treaty, 1921

The exhibition is the first event in the Embassy’s Anglo-Irish Treaty Centenary programme, which explores the historical context of the negotiations, and the lives of the individuals involved.

This centenary programme also forms part of the Irish Government’s overall commemorations programme marking the key events in the Decade of Centenaries from 2012 - 2022.

The Art of Negotiation: John Lavery’s Anglo-Irish Treaty Portraits will be on display in the Embassy of Ireland until the 7th of November, with tours available for members of the public, you can book online here.