An Cailín Ciúin tells the story of Cáit, played by newcomer Catherine Clinch, a nine-year-old girl from an overcrowded, dysfunctional family who is sent away to live with foster parents for the summer.

Despite a warm reception from the woman, Eibhlín (Carrie Crowley), the man of the house, Seán (Andrew Bennett), keeps his distance from Cáit and she from him, but over time, their strained relationship begins to deepen.

Slowly, in the care of the Kinsellas, Cáit blossoms and discovers a new way of living.

But in this house where there are meant to be no secrets, she discovers one painful truth.

Based on Foster by Claire Keegan, An Cailín Ciúin is a complex and delicate coming-of-age drama that explores questions of family, neglect and loss through the eyes of its young protagonist.

The film, which is the feature film debut of writer/director, Colm Bairéad and producer, Cleona Ní Chrualaoi of Inscéal, debuted at the Berlinale Film Festival last month.

It was the first Irish Language feature film to feature at Berlinale and was awarded the Grand Prix of the Generation Kplus International Jury for Best Film and received a special mention from the children's jury after its world premiere.

Producer Ms Ní Chrualaoi said of its win: "It is a huge honour to receive the award for Best Irish Film.

“We're very humbled to have been chosen from a host of fantastic Irish films.

“This award is a ringing endorsement of the Cine4 scheme, under which An Cailín Ciúin was made, and of the vision of TG4, Screen Ireland and the Broadcasting Authority of Ireland to develop and fund feature films in the Irish language.” 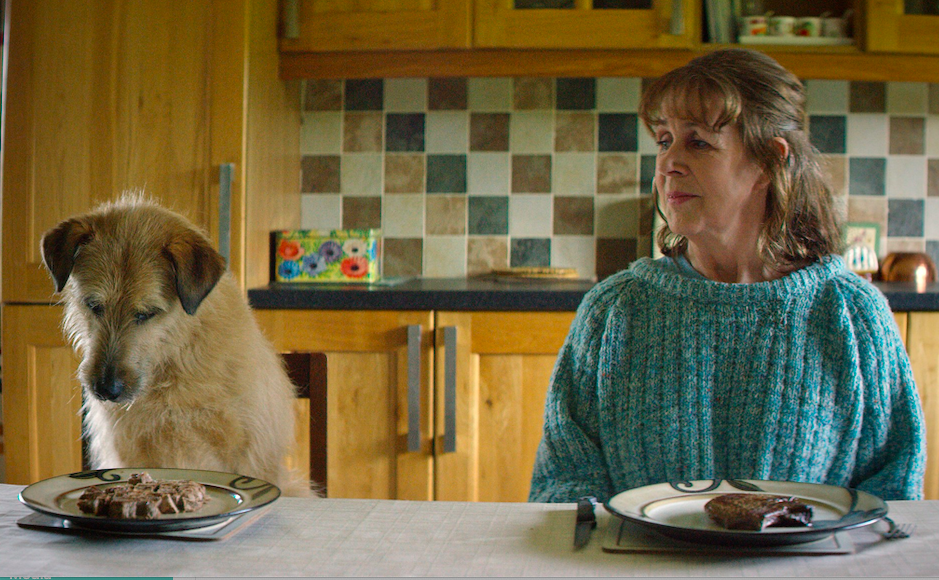 She added: “Go raibh míle maith agaibh to these funders, to our extraordinary cast and crew, to the Dublin Film Critics Circle and to Virgin Media Dublin International Film Festival for believing in our film and bringing it to an Irish audience for the first time."

Róise & Frank was awarded the Best Ensemble at the annual event.

Now isolated in grief and cut off from family and community, a mysterious dog soon arrives who seems intent on connecting with her.

The dog loves sport and steaks, has a favourite armchair in her house, and an aversion to her neighbour Donncha.

Róise realises that the dog is her beloved husband Frank reincarnated.

Her son (Cillian Ó Gairbhí) meanwhile thinks she has lost her mind, but the local community embrace the idea of Frank's return.

Róise & Frank was directed by Rachael Moriarty and Peter Murphy and produced by Cúán Mac Conghail of Macalla Teo.

Ms Moriarty said of their win: “I am delighted that Róise & Frank was well received at DIFF.

“It was brought to the big screen by a team of excellent actors who undoubtedly deserved recognition and we are delighted to receive the Best Ensemble Award.”

She added: “Róise & Frank is a fascinating and humorous story.”

The film was also recently screened at the Santa Barbara Film Festival, in California, where Ms Moriarty said “the audience here is really enjoying it too”.

“For many here this is the first time they have heard Irish and seen hurling," she added.

Alan Esslemont, Director General of TG4, congratulated the production teams of both films saying: "TG4 congratulates Inscéal and Macalla for the awards for An Cailín Ciúin and Róise & Frank at the Virgin Media Dublin International Film Festival.

“Bringing Irish language content to all platforms and screens is central to TG4’s strategy for our audiences.

“The success of the CINE4 scheme so far has seen world-class Irish language films in cinemas and at film festivals around the world.

“These awards at DIFF give recognition to the quality of acting and showcase the talent and skills of the Irish production teams in a global audio-visual market."

An Cailín Ciúin and Róise & Frank will be released in cinemas later this year.

The Quiet Girl: how a bilingual childhood led to a breakout Irish language film