WHEN you’re an actor that has loved all the Disney princess movies since you were a child landing a starring role in the stage production of Frozen is bound to be a career highlight.

For Stephanie McKeon, the Dubliner who has the part of Anna in the much-anticipated West End production, it is that and so much more.

“It’s my dream role,” she told The Irish Post this week.

“I’ve always loved all the Disney movies since I was a kid,” she explained.

“Frozen I loved as it is about sisters, and I have a sister I am very close to.

“I really loved the voice work and the acting that went into it as well, the characters come to life in a really unique way, and it just feels very modern and current and fun.

“I was just a big fan of Frozen from the moment I saw it.” 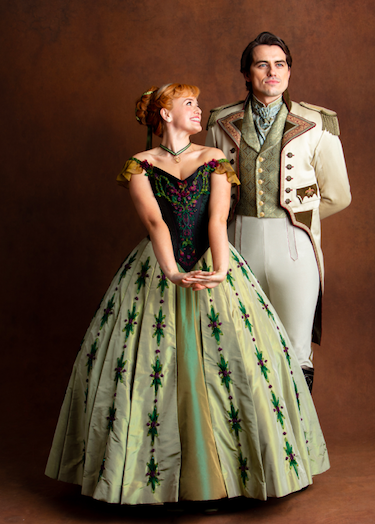 The film Frozen, which was inspired by the Hans Christian Andersen tale The Snow Queen, was first released in 2013 – bringing a new world of frosted Disney magic to a generation of boys and girls across the globe.

The tale depicts a princess (Anna) who – accompanied by an iceman, snowman and reindeer - goes searching for her estranged sister (Elsa), whose icy powers have left their kingdom (Arundel) suspended in an eternal winter.

The film is as popular today as it was when it was first released.

Yet since then there has been more added to the Frozen franchise, including a sequel, Frozen 2, which was released in 2019, and, prior to that, Frozen the Musical, which opened on New York’s Broadway in 2018.

That musical, which features music by Kristen Andersen-Lopez and Robert Lopez,  had been due to take the stage in London’s West End in October 2020, but was delayed due to the Covid-19 pandemic.

Last month is finally got its long-awaited opening at the Theatre Royal in Drury Lane, where fans have been lapping up the snowy spectacle.

McKeon, who has been waiting more than a year for this moment, is understandably excited about it.

“Its absolutely great to be on stage now, performing it,” she says.

“It’s kind of crazy to think how long we were waiting but now it’s great to be up and running.” 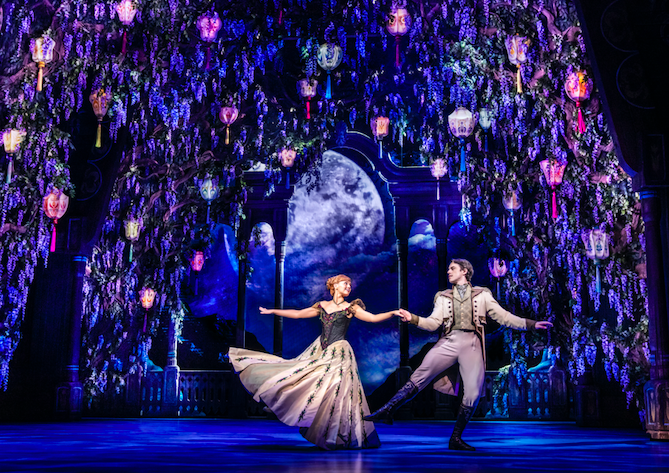 And those who have seen the production, which is directed by theatre royalty Michael Grandage, are equally excited.

“The reaction has been amazing,” McKeon admits.

“The audiences are just there having such a good night out, I think it’s kind of cathartic for them to be out celebrating life, just being out again [after lockdown].

“We are feeding off of them and vice versa, so it’s been amazing for us all.”

Following multiple lockdowns and other pandemic restrictions over the past 18 months, there are no shortage of little people to fill the West End seats for Frozen the Musical.

So, what of the pressure of performing for the mini masses in a pivotal Disney role?

“There is always a bit of pressure I suppose but quite honestly, I think after all this time, it’s just been more exciting to get out there than everything else,” McKeon admits.

“The biggest fans are the little kids who come in” she adds, “and they just seem so enthralled and wrapped up in what is happening.

“You can hear them sometimes saying ‘oh no, is Anna ok”, and crying out for Elsa, that kind of thing.

“They are the ones that you really want to impress - to make them feel like they really are watching the characters.

“They seem happy so far, so I am happy.” 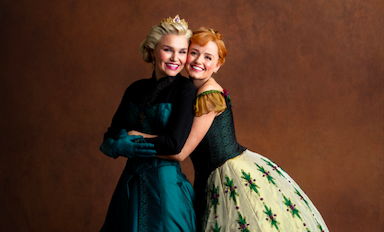 Thankfully, for a Disney fan, McKeon’s is a role that is as much fun as it is challenging.

“Its two hours of joy, it’s such a great story and retelling that story every day has been such an honour really.

“It’s definitely a great job to go in and put on your princess dress every day, you can’t be in a bad mood,” she adds.

The Dubliner, a former Fair City star, has been living in London since 2012, when she moved over to star in the West End production of The Commitments.

She claims she couldn’t be happier with the move, although is desperate to pay a visit back home – which, due to lockdown, she hasn’t managed to do for two years now. 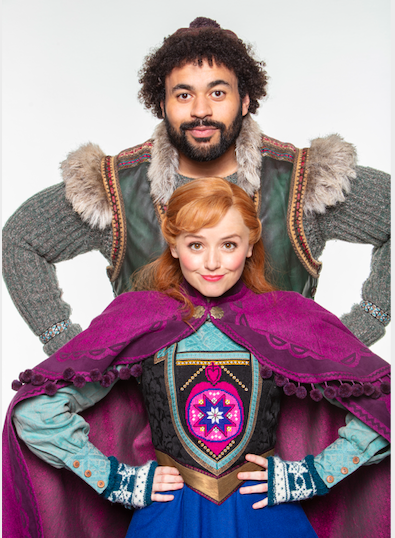 “Growing up it was kind of a dream to perform in the West End, as it would be for many aspiring actors, and from the moment I got to London I fell in love with the city,” she admits.

“The energy and vibe in the West End has always been really exciting, I feel really at home here now, but in this show especially.

“It just feels extra special because of the time we have all been through.

“The feel of the West End and all that energy and bustle again, it’s just such an exciting thing to be a part of - theatre coming back.” 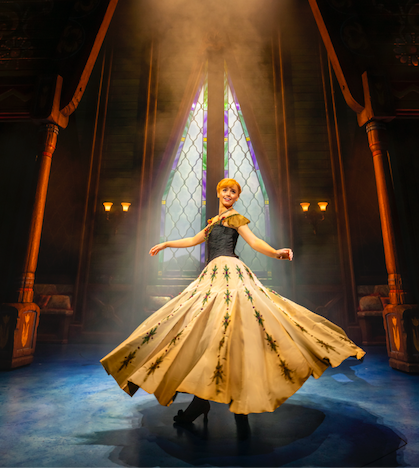 She added: “Although it’s been a bit of a shock to the system to go from being at home in the sweatpants, to doing eight shows a week, as it’s a gruelling, tough schedule.

“We are essentially living like athletes, as its very very physical and we have to take care of ourselves, but everyone has never been more grateful to be back and just to be entertaining people again and bringing a bit of joy and happiness, as it has been a tough time.”
The actor spent lockdown in London, but is hopeful that when she gets a break in her Frozen schedule she can get back to see her family.

“In December it will be two years since I have got home but I am hoping to get back within the next couple of months, when I get some time off the show,” she says.

“I’m dying to get back, I really am, it’s been way too long and it’s kind of calling out to me again”

Luckily her sister is also living in London, and her mother and father have been over to see her in Frozen, so she has had some contact with home. 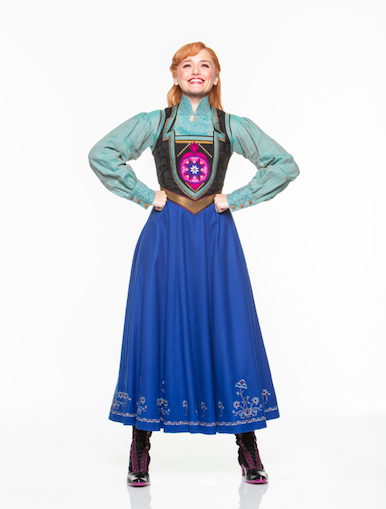 And through the show she has made new friends, including an on-stage sister, played by Samantha Barks, who she claims will be her “friend for life”.

“We honestly really do feel like sisters already, from the mount we met,” McKeon says.

“Samantha had the part of Elsa a few months before me and when she found out I had gotten the role of Anna she phoned me straight away and asked if I wanted to go for coffee. “We did, but that turned into drinks, and then dinner and we were out for the full day, just chatting and getting to know each other.”

She adds: “We knew from then that it was going to be great, because we instantly just connected.

“We do gel, and I feel like that is apparent on stage as well, as we have such a genuine love for each other.

“We got so, so lucky. We will be friends for life after our time in Arundel.”

Tickets for Frozen the Musical are available now here.

WATCH: Ed Sheeran pulls a pint in Ireland ahead of ten planned gigs