Eavan Boland: How emigration and the role of women has shaped the acclaimed Irish poet's work

POET, teacher, feminist, historian, woman, mother and wife – the many hats worn by Eavan Boland have long informed the work that has made her one of the most significant poets to have come out of Ireland in the last century.

Born in Dublin, she is the daughter of Irish diplomat Frederick Boland, who was the first Irish Ambassador to Britain (a position he held from 1950-56), and the painter Frances Kelly.

Due to her father’s work, Boland spent her youth in London and New York, before returning to Ireland to enrol in a Killiney secondary school and later going on to study at Trinity College Dublin.

It was during her short time in Britain that the poet first encountered anti-Irish sentiment, something she references in her poem An Irish Childhood in England: 1951, where Boland recalls “England to an Irish child is nothing more than what you lost”.

Such experiences seemingly stoked the author’s sense of national identity, which has provided much material for the multiple volumes of poetry she has completed to date.

But it was while in Dublin, before having even completed her third level studies, that the wordsmith published her first poetry collection.

The collection 23 Poems hit the shelves in 1962, when Boland was just 18 years old, bringing with it a first glimpse at some of the themes which would keep her committed to the poetic pen throughout her life.

Understandably, given her childhood, Irish emigration and the experiences of those away from the motherland are topics that she tackled regularly – and she continues to do so.

But her experiences as a female – as a wife, mother and daughter herself – are also bound up in her work, as are her opinions concerning the place of women in history, literature and her homeland.

Currently a Professor of Humanities and Director of the Creative Writing Programme at Stanford University in the US, where Boland has taught since 1996, she is also a wife, a mother to two daughters and, impressively, has published more than 10 volumes of poetry.

She has also published various essays and acclaimed works of prose during her career, including Object Lessons: The Life of the Woman and Poet in Our Time, published in 1995, and A Journey With Two Maps: Becoming a Woman Poet, which was published in 2011.

In these books, like much of her poetry, Boland attempts to address the difficulties around being a ‘woman poet’, a description she assigns herself but also admits is a troubling pair of words to reconcile. 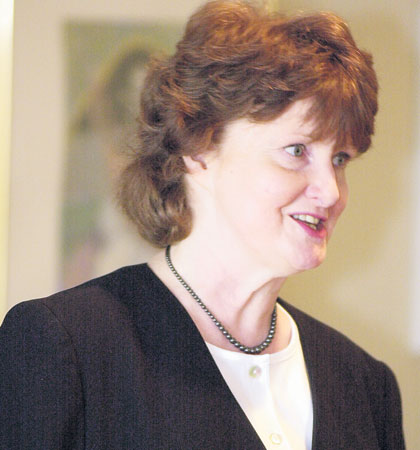 Boland's most recent collection, A Woman Without a Country, was published in 2015 (Image: Linda A. Cicero/Stanford News Service)

“It was like there was a magnetic opposition between the two concepts,” she has previously stated, by way of explanation.

She addressed this topic in more depth in an interview for the Stanford University website in 2012, where she revealed how her female roles had influenced her work.

“When I became a mother I felt the powerful necessity of honouring that experience in language, in poetry,” she said.

“That subject matter wasn’t really sanctioned at that time in Irish poetry – it was thought of as merely domestic, or even less than that, and so I had to find my own way.”

Regarding the issues she faced as a young writer, simply by being a woman born in Ireland, she added: “The Irish constitution is one of the few in Europe that enshrined the woman’s place as being in the home.

"For a lot of young women in my generation, that [tension] boded more difficulty for them to have this interior sense of permission to become the poet they wanted to.”

In later work, Boland continues to place her own life experiences at the centre of her poems, often reflecting on the personal impact of her time away from Ireland.

In 2015 she published her most recent poetry collection, A Woman Without a Country, which she claims is a selection “dedicated to those who lost a country, not by history or inheritance, but through a series of questions to which they could find no answer”.

National identity is complicated by many things. Mainly I think by who had access to it, and who doesn’t

In another interview for the Stanford University site in 2015, Boland told of the inspiration for this set of poems.

“National identity is complicated by many things. Mainly I think by who had access to it, and who doesn’t,” she said.

“I’ve often said this; but I do believe there is a real difference between history and the past.

“History is an official version in which people’s names are written. The past is a place of whispers and gestures and the names that are not often recognised, and identities that will not be remembered, and loves that are hidden.

“I think many, many women in different societies think of themselves as living in the past rather than in history. It’s because of that, and because of my own family history, that this sequence of poems came about.”

Further, Boland revealed that her favourite poem from this particular collection is one found at the beginning of the book, entitled The Lost Art of Writing a Letter.

“It points to something that was almost a cultural history in Ireland – the letters emigrants wrote home, which over generations became forgotten or discarded,” she said. 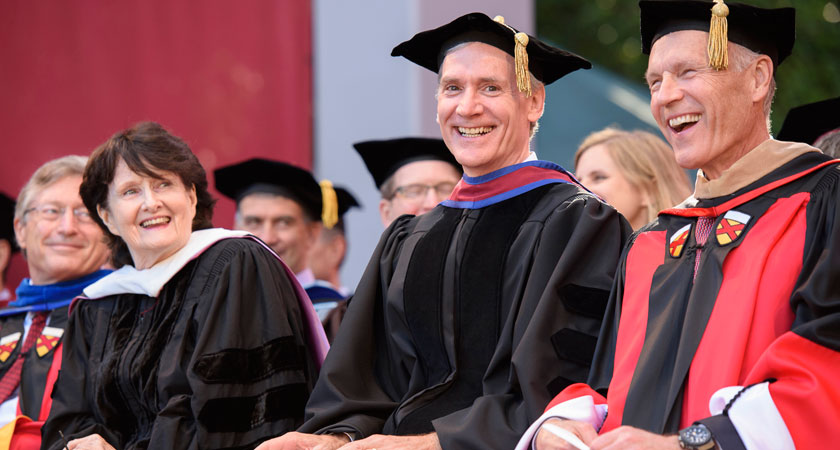 Although she hasn’t published any new collections since this book was released, the in-demand author has been kept more than busy in the time that has passed.

In April 2016 Boland was one of six Stanford University faculty members to be elected to the American Academy of Arts and Sciences – one of the oldest and most prestigious honorary learned societies in the US.

Earlier this year, the poet was in London for an Evening with Eavan Boland event hosted by the Irish Embassy.

And, while continuing her writing and teaching roles in the US, for 2017 Ms Boland has taken on the role of editor of the Poetry Ireland Review – a poetry journal published three times a year by Ireland’s national poetry organisation, Poetry Ireland.

“I’m excited to be editing the Review for the next year and I greatly look forward to the vitality of the new Irish poems I’ll be seeing and including in these issues."

It was also through Poetry Ireland that the first book celebrating Boland’s lengthy career was launched just a few months ago.

On December 1, 2016 Eavan Boland: Inside History was released, published by Arlen House.

The book consists of a number of essays and poems written by numerous contributors responding to Boland’s work, with a foreword by former President of Ireland Mary Robinson.

Ms Robinson is a friend of the author and also referenced her in her inaugural presidential speech in Dublin Castle in 1990, where she claimed she would use her presidency to allow women to be “written back into [Ireland’s] history”, adding, “in the words of Eavan Boland, ‘finding a voice where they found a vision’”.

The book was officially launched at a Poetry Ireland event held in Dublin on December 15, which was attended by both Eavan Boland and Mary Robinson.

It has since received critical acclaim for its reappraisal of Boland’s influence and importance as a poet and critic for the 21st century.

A life in poetry – publications by Eavan Boland