AFTER 2016 took away many beloved stars, one certainly stuck out and left many music fans worldwide with a sense of bewilderment.

The starman himself, David Bowie, sadly passed away just two days after his 69th birthday on the January 10, 2016.

On Sunday, ahead of the first anniversary of the music legend's death, a concert tok place at London’s Brixton Academy dedicated to David Bowie in celebration of his colorful life and music.

Second generation Irishman Denis O’Regan was lucky enough to capture Bowie's most personal and memorable moments as he was Bowie's official tour photographer and close friend.

Here, O'Regan shares eight of his favorite shots of the iconic singer who he first started capturing on film in 1974.

The rest is history.

Denis’s first shot at capturing Bowie came in 1978 when the singer was breaking new ground on his Isolar II World Tour.

He was only given three songs to capture the star in his element.

“I was given the chance to cover the tour and given three songs to get a picture in Newcastle. That picture is almost like a studio shot and it remains one of my favourites, it’s an iconic Che Guevara type of image. I didn’t get another as good as that for a few years,” he said. 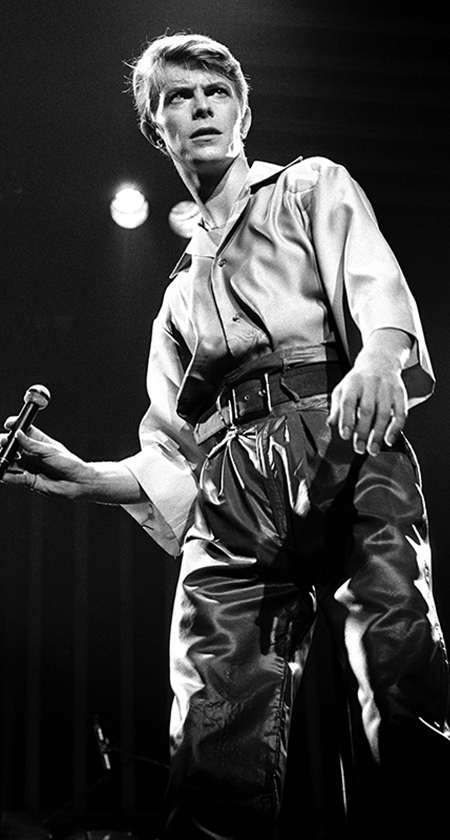 Berlin was where Bowie released three consecutive albums and the rock star loved it so much that he consequently took up residence in West Berlin in 1976.

Denis said: “We went to the Hansa studios where David had recorded some of his Berlin trilogy.

"We could see the wall from the control room so I said let’s go and get a shot. He loved Berlin.” 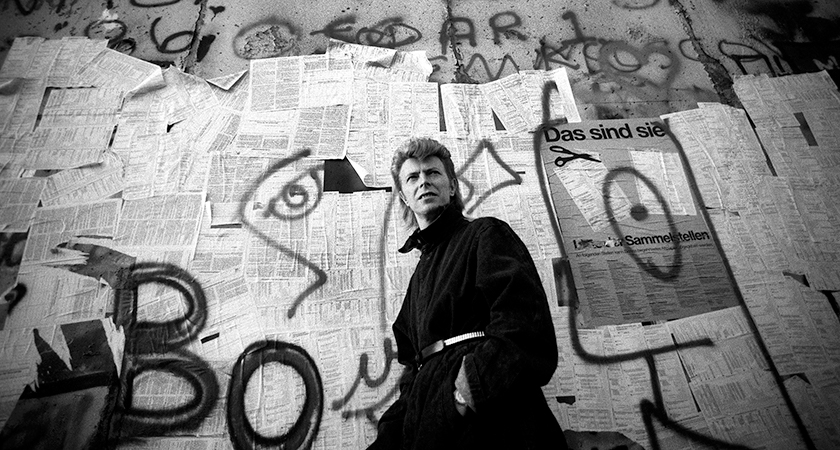 Reading a newspaper in his hotel suite, Hong Kong 1983

After tirelessly touring for almost a year, Bowie decides to relax in Hong Kong.

A year later in 1984 he was nominated for a Grammy for Album Of The Year for Let's Dance only to be beaten by Michael Jackson's Thriller.

“This was right at the end of the tour," O'Regan said. "David had his summer linen on and was ready to go for the day. We had been on the road for nine months.

"He asked me what I was going to do next and I said I had a tour with Duran Duran. He said ‘You must be mad’.” 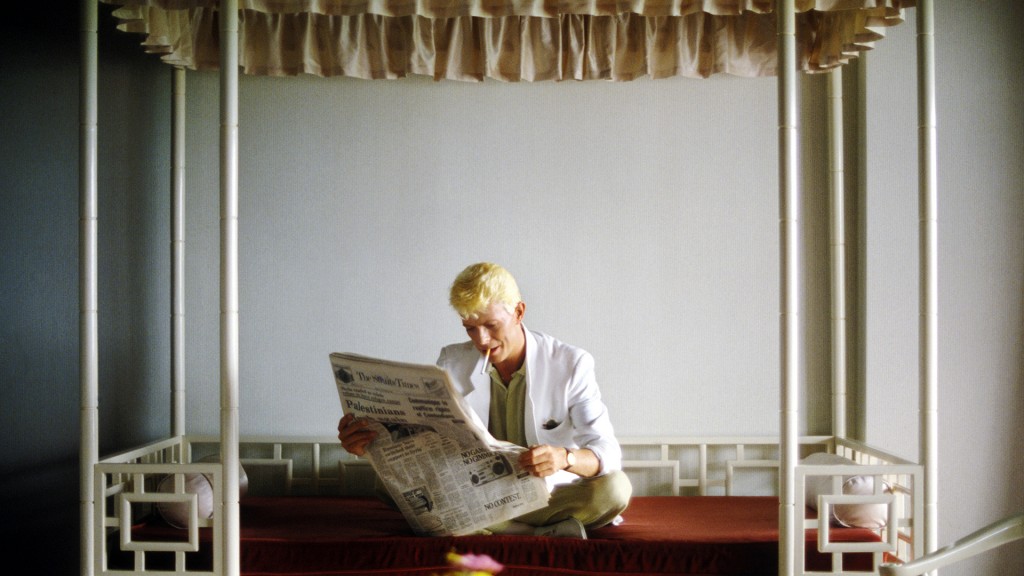 Bowie himself captured his tour of South East Asia in a little known documentary called Ricochet.

He arrived in Singapore for his The Serious Moonlight tour in 1983 and is seen in the documentary riding around Singapore in a taxi,visiting neighborhoods and shopping at the recently opened local mall.

Denis captured the picture below, saying: “This was when we went out in the old part of Singapore. There’s not a lot of riches left.” 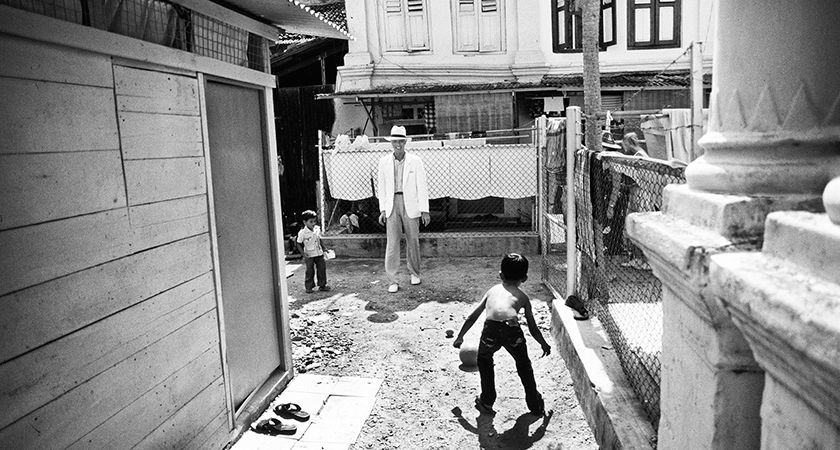 David Bowie wowed audiences all around the world on his 1983 The Serious Moonlight Tour selling over 2.6million tickets and attracting the tours largest crowd at the US 83 Festival, performing in front of 300,000 fans in California.

Denis recalls: “The thing I initially liked about David wasn’t just the music, or the image, or the songs, but the performance – and mime was a big part of that, going back to the Ziggy Stardust days.” 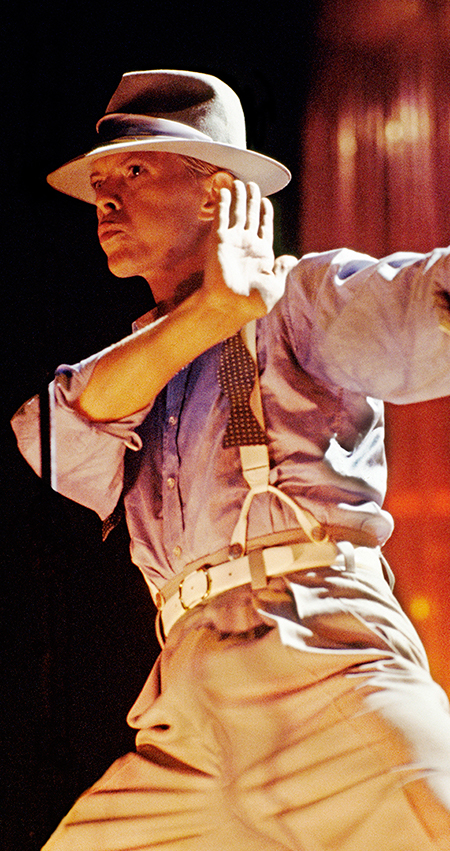 1983 was a great year for Bowie - seen below getting hands on with his Madame Tussaud's waxwork, which is still on view in Madame Tussauds London.

Denis said: “A lot of people think that was staged but he was getting glass samples to match his eyes for a Madam Tussauds waxwork; I was there to capture the moment.” 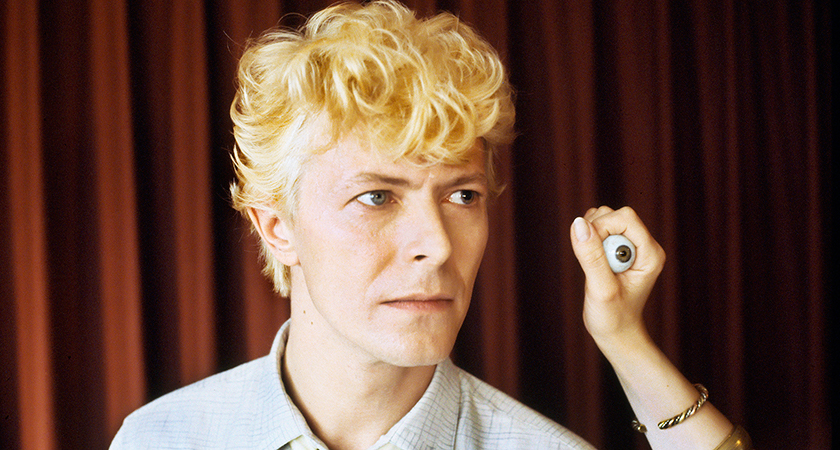 Bowie championed the selfie before it became cool. The picture below was taken on the video shoot for Time Will Crawl which was a minor hit coming in at number 7 on the US Billboard chart.

However in 2008, looking back on his career Bowie named the track as one of his favorites.

Denis remembers: “The picture is a selfie of David and I when he was making a video on top of scaffolding in New York.

"We had big cameras in those days where you could do selfies in the days before selfies.

"It took me until 1990 before I could say to David ‘You’re the reason I took up photography’. He said: ‘Yeah, you’ll probably say that to Bono tomorrow night’.” 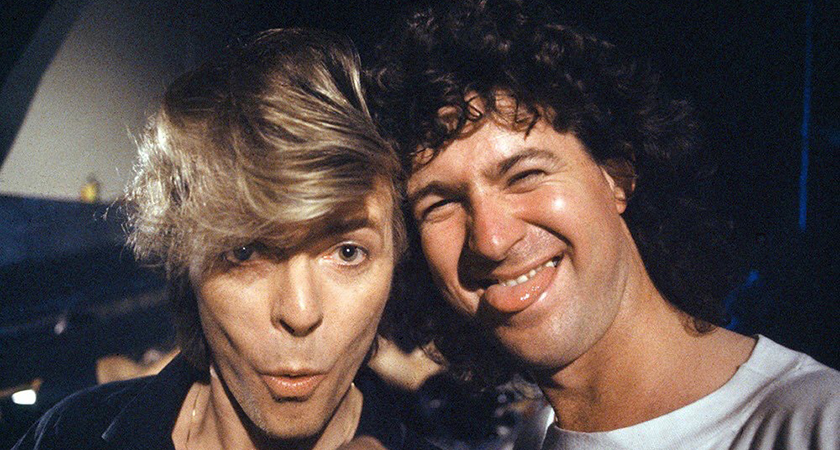 Being a worldwide star can be tough however hanging out with a Rolling Stone can sweeten ride. Bowie and Jagger, dueted two years earlier from this photo in 1985 covering Marvin Gaye's Dancing In The Street. The track reached number one in the Uk charts and number 7 in the US charts. 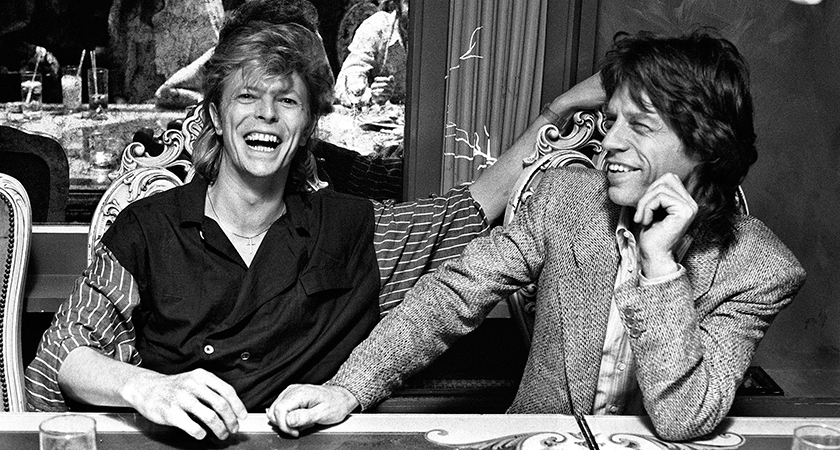 Denis O'Regan's book David & I: My photographic account of travelling the world with David Bowie is touring throughout 2017. For dates and further information click here.

All pictures are copyright of Denis O’Regan and are provided courtesy of The Offbeat Lounge.