Colin Farrell and Brendan Gleeson in Martin McDonagh's 'The Banshee of Inisherin'.

THE FIRST images from filmmaker Martin McDonagh's upcoming film The Banshees of Inishereen, which reunites him with two cast members from In Bruges, have been released.

The images show legendary Irish actors Colin Farrell and Brendan Gleeson in a rural location on the West coast of Ireland, with rising star Barry Keoghan also featuring in the film.

The film follows two male friends on a remote Irish island during the time of the Civil War. With the two men finding themselves on different sides of the war, one of them decides that they cannot be friends anymore.

Speaking to Vanity Fair about the film, McDonagh said he wanted the film and its location "to be as beautiful as possible."

“To aim for beauty and for cinema. Because if you heard of a story of two guys grumbling at each other, and you didn’t have the epic kind of beauty, it might get a little tiresome," he said. “I’ve seen a lot of U.K. and Irish films that don’t seem to aim for the cinema as their number one choice.” 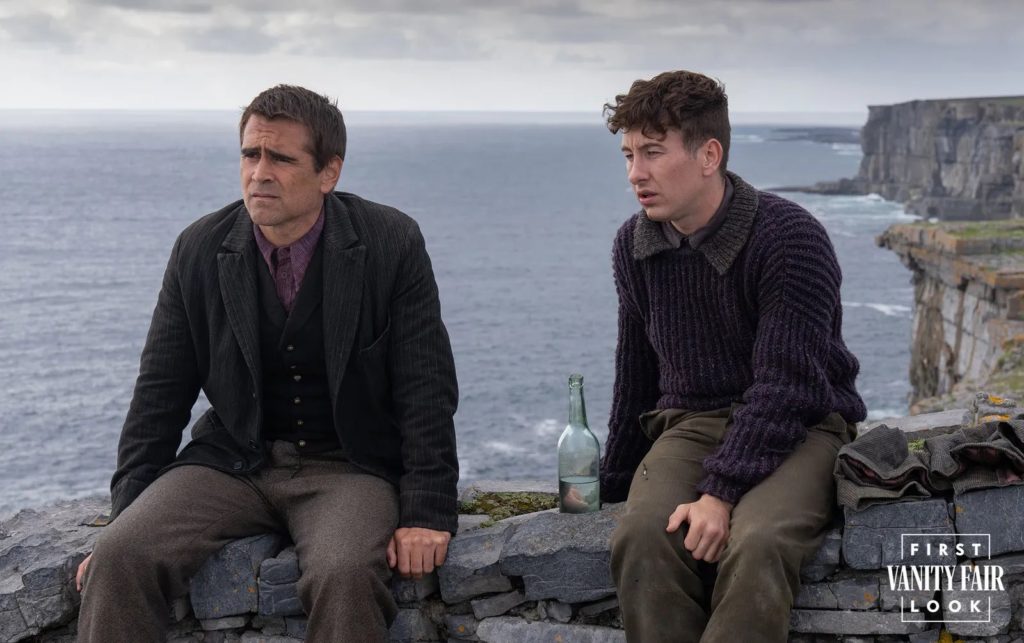 Colin Farrell and Barry Keoghan in 'The Banshees of Inisherin'.

Filming took place on the islands of Inishmore and Achill, which is near where McDonagh's parents live in Galway.

“[Inishmore] has been featured in Irish literature for the last 150 years. It hasn’t really been shown too often in movies—not that part of Ireland,” he said.

He also explained that the characters speak in dialect authentic to the time and place and that he is aware that US viewers might not catch every word:

“When I’m watching Mean Streets or Goodfellas, I’m hearing 90% of it. I’ll miss some Italian or New York dialogue, every couple of lines—but it doesn't matter. I’m going with it.”

The Banshees of Inisherin premieres at the Venice Film Festival in September, and will be released in theatres on October 21, via Searchlight Pictures.