AN IRISH choir group are to pay tribute to Amy Winehouse when they perform in north London later this month.

The Dunmore Choir from Dunmore, Co. Galway will perform a free concert in Kentish Town, where they will sing Back to Black in honour of the late singer, who lived in nearby Camden Town.

The 3pm concert will take place in the church of Our Lady Help of Christians, Lady Margaret Road, NW5 2X7 on Sunday, October 27.

With 40 singers and accompanist Eoghan Connolly, the choir will perform some classical works as well as traditional and contemporary.

Irish tunes will be featured, as well as one or two of Winehouse’s popular songs.

The Dunmore Church Choir was formed in 1968 to celebrate the opening of the new parish church. In addition to singing for liturgical celebrations, the choir has also performed in local musicals.

The free concert is a benefit for SanKTus Welfare Project and the Irish Chaplaincy in Britain. A collection will be taken at the concert to help support the work of these charities. 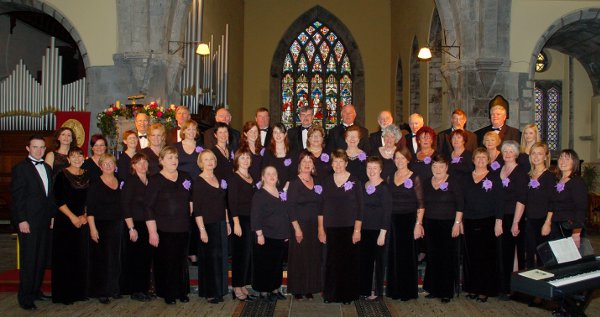 SanKTus works for the relief of poverty and the improvement of health of Irish and other people in Kentish Town and neighbouring areas.

Irish Chaplaincy in Britain, based in Camden, provides support for Irish emigrants who are prisoners in England and Wales and their families, Irish Travellers, and isolated older Irish people.

The Dunmore Choir has offered their services for this concert without charge to these two charities to help raise awareness about and to raise funds for the needs of Irish emigrants in Britain.