'My goal was to get my own show... every night since then has been a bonus' - Michael Flatley ahead of 25 years of Lord of the Dance

Michael Flatley spoke to the Irish Post ahead of the 25 year anniversary tour of Lord of the Dance.

WHEN MICHAEL Flatley decided to bring Lord of the Dance to the world in 1996, little did he think he would now be celebrating 25 years of the worldwide Irish dancing phenomenon.

Since its premiere, Lord Of The Dance has visited over 1000 venues worldwide and been seen by over 60 million people in 60 different countries on every continent, making it one of the most successful dance productions in the world.

"When I first started nobody gave me a chance in hell to last through the opening week let alone through the opening year so its a blessing and I thank God every day," Michael said. "My whole goal at the time was to get my own show launched for opening night and I did that, and I honestly feel like every night since then has been a bonus.

To celebrate the 25 year anniversary, Flatley is bringing the show back to the renowned Eventim Apollo in London on 17 March, St Patrick's Day. This will then be followed by performances on Friday 18 and Saturday 19 March and a tour across the UK until July.

"We're working hard to get the show up and running, its a bit hectic getting the costumes finished, the lighting design finished, the screens - it's one of those things that if something can go wrong it does! But we have a great saying in show business, 'if it wasn't for the last minute nothing would get done.'"

Despite this, Michael told the Irish Post that he and the dancers involved in the production are delighted be back performing after what he called "a difficult few years."

"The entertainment business got hit by a hammer," he said. "It's been a difficult few years for me specifically because of my attachment to the dancers and how much I love them all. 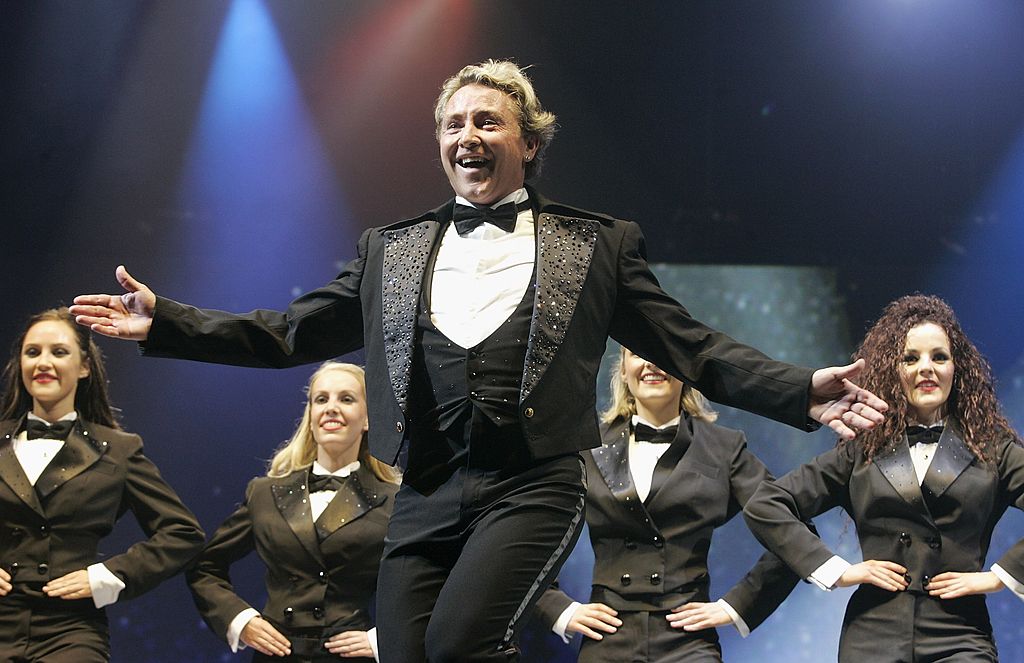 Michael Flatley and his Lord Of The Dance company performing 'Celtic Tiger' about the history of the Irish people, at Wembley Arena on April 18, 2006 in London, England. Photo by Jo Hale/Getty Images)

He explained that some people have moved on from dancing during the pandemic, but that everyone is now focused on the future.

"One of our leads left, but I know there would have been a couple more years in her if the pandemic didn't happen, but that's life unfortunately. One thing that we've been doing is that we don't mention the pandemic or Covid or anything like that. It's all about the future now."

A crew of 100 dancers recently did a tour of Taiwan, which saw tens of thousands of people turn out for the extravaganza, with the dancers now focused on St Patrick's Day.

"We want to get the audience on their feet and give them everything we have and make Ireland proud."

The St Patrick's Day performance will be a collaboration with The Ireland Funds, a global fundraising network for people of Irish ancestry and friends of Ireland and a charity that Michael holds close to his heart. Tickets will be limited to £25 for longstanding and loyal fans with the funds going towards the culture and arts community.

"I've been supporting the Ireland Funds for over 20 years now and I really respect them hugely," he said. "I feel part of that organisation and I worked with Kieran McLoughlin when he was in charge for many years, and Caitriona Fottrell is doing a fantastic job now that she has taken over. I love what they do and what they represent, and the fact that they help everything and everybody who is Irish, so it's a natural tie-in for me."

Looking back on the past 25 years and how Lord of the Dance has stood the test of time, Michael says he believes it's the best show in the world due to the sheer precision and determination of his dancers.

"One thing our dancers do - which I have always thought and agreed with - is that they give the greatest show every night," he said. "It doesn't matter what we are doing, whether we have sore legs, sore backs, sore heads or sore feet, it's really not about that. We try to give them more than their money's worth, and I think that's why we're still here.

"We have 40 dancers hitting the stage with their feet at the same time and never missing a beat, and you don't get to that stage without months and months of training, working and focus. Whether it's in Germany, Mexico, Taiwan, New York, London or Dublin, audiences appreciate that and it's a moving experience and I think that's rare in show business."

The anniversary show will also look back on previous iterations of Lord of the Dance, with the performance and music paying homage to the original

"There will be a little bit of looking back on that, some emotional parts, all new costumes, new sound and special effects," Michael explained. "There's a hologram of me at the end of the show, and I think it's a real entertaining, well-balanced piece of work that will take our audience on a journey of highs and lows."

The show is coming to Belfast in May, but he said he would love to bring it to Dublin or Cork if a venue becomes available.

"We've got a place in Cork so I try to get home every chance we can," he said. "I love being there but we don't get home as much as we would like to. We were there for Christmas and had a wonderful stay and hopefully a venue will become available so we can bring a show there, but at least we've got Belfast. We would love to bring it back home to Dublin or Cork or somewhere like that."

Tickets for the 25th anniversary tour of Lord of the Dance are on sale now from www.bookingsdirect.com