“IT’S gripping, it has a great story and it is making people sit up and take notice. We think this film has the potential to be both a critical and a commercial success.”

Producer AnneMarie Naughton is buzzing after new Irish horror flick The Canal was snapped up by US distributors following a hugely successful world premiere at the prestigious Tribeca Film Festival in New York.

The film — shot on location in Ireland and backed by the Irish Film Board — stars Rupert Evans, Hannah Hoekstra, Carl Shaaban and Antonia Campbell-Hughes and was written and directed by Ivan Kavanagh.

Its plot centres on the lives of film archivist David (played superbly by Evans) and his wife Alice (Hoekstra), who he suspects of having an affair with a work client (Shaaban).

His stress is compounded when his colleague Claire (Campbell-Hughes) gives him some old archive footage showing that his home was the setting for a brutal murder in 1902. When his wife goes missing shortly afterwards, David contacts the police but becomes the prime suspect in her disappearance.

“We’re absolutely delighted with the response so far,” said Galway-born Naughton, who works with Park Films in Dublin. “The launch in North America was superb, they really got it there, critically and commercially it made a massive impact.

“I think it’s a provocative film and it punches through. I’m so glad that people are engaging with it because you never know until you get it out there. I’m thrilled for the director, his creative element has brought a great response from critics and it shows that he is a distinctive voice.”

This is the third film that Naughton and Kavanagh have worked on together and she’s confident that The Canal will soon have audiences in Europe gripped too.

She added: “Ivan is an incredibly talented man. This film is probably more commercial than the previous two. He’s so articulate and so passionate about film and what he does. I think he does have a fresh voice and something to say with it. We make a good team and we work together very well, I trust him.” 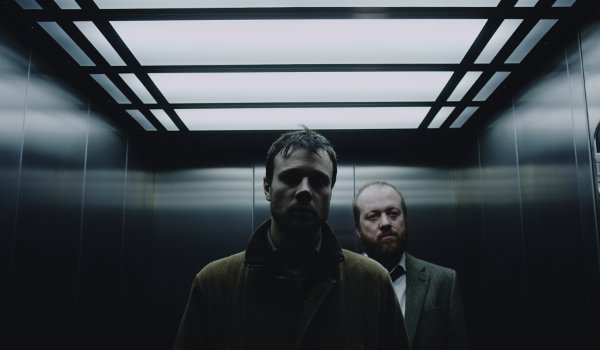 'Evans steals the show with his portrayal of David'

Evans steals the show with his portrayal of David and all that happens to him after his wife mysteriously vanishes. Naughton describes him as a “joy” to work with and observe.

“Rupert is a pleasure. He really gave himself to the project. It was a very, very challenging schedule and I know a lot of film producers will always say that, but it truly was.

“We had special effects and we could only shoot with the child actor (Calum Heath) in the film for a maximum of five hours a day. Plus we couldn’t shoot anything scary when the boy was around! I have children and I know exactly what a little boy should be like, so it was important that Rupert and Calum got on well and hung out beforehand.

“They hung out as father and son and Calum had to look to somebody on set that he could trust and that was Rupert. That really, really helped the performance. Rupert took that onboard and went with it. We had all sorts of tough conditions to work through, but Rupert gave it 150 per cent and was an absolute professional.”

The Tribeca Film Festival is often the one place where new offerings are first noticed and brought to a wider audience, sometimes to huge commercial success. With one deal done for US and Canadian distribution, Naughton is now hoping that Europe will soon follow.

She added: “The deal in the States is very good; it’s a good guide for people to sit up and take notice. Selling it there is a good catapult to get us everywhere else. We would love to make an impact over here as well as in north America, and then have a life after that.

“I think people will get it. It’s not gore, it’s more of a psychological thriller. There’s a story and the characters are engaging and it adds something new to the genre. That’s very hard to do because it is tried and trusted through all sorts of different films. So there’s something new in The Canal.

“It is a saturated market but we can push through and make this a success. Critics are really responding to it and that definitely helps in terms of sales. You never really know until you get it out there. It looks like it might do very well. It has the potential to be a critical success that much is obvious after Tribeca.”

Naughton believes that the Irish film industry is now going from strength to strength and hopes that The Canal will do its bit to put Ireland firmly on the map for more producers to locate here.

She added: “Right now the industry is thriving in Ireland. I think money is tighter than it was but that makes people more creative and more likely to co-produce with other countries. There’s a lot of very good stuff happening in Ireland right now. Our actors are doing well on the world stage and that really helps.”