The  Christmas jumper has become something of a treasured Crimbo tradition in recent years, and the Peaky Blinders offering this year would seem to be a perfect fit.

TeeChip teechip.com is releasing the pullover with the slogan ‘Ave A Merry Fu**ing Christmas, By Order Of The Peaky Blinders’ emblazoned on the chest. It retails at £20.

SCROLL DOWN TO SEE THE SEASONAL SWEATER . . .

Paying tribute to the memorable scene which saw the Blinders sack Sabini’s forces at the Eden Club, this jumper sums up the spirit of the show, if perhaps not quite the traditional message of Christmas — although Peaky Blinders is certainly family-focused! 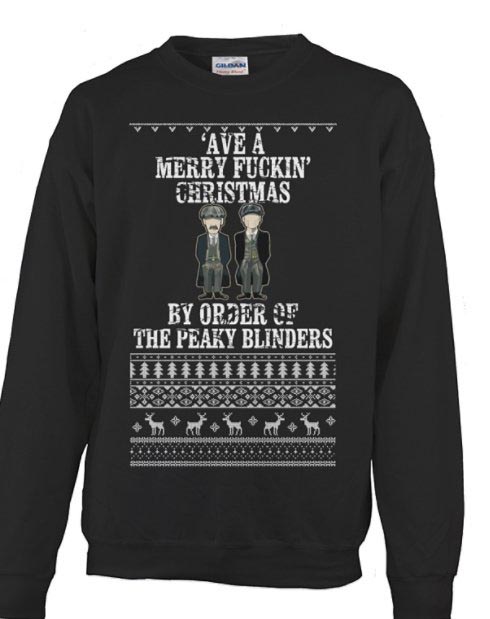 A jolly message on the Peaky  jumper

Ireland's 10 most popular Christmas songs have been revealed