ROOM To Improve viewers were served up a treat last night after getting a glimpse inside Daniel and Majella O’Donnell’s picturesque Donegal home.

Majella showed presenter Dermot Bannon around the million-euro home, which was decked out with bizarre gothic doorways and an earthy colour scheme.

He wasn’t happy. At all.

The singer, who's worth around €31 million, said: “It is a ridiculous figure. You came first of all with a fantastic plan and now you are taking the whole lot away again. There's no point in beating about the bush”. 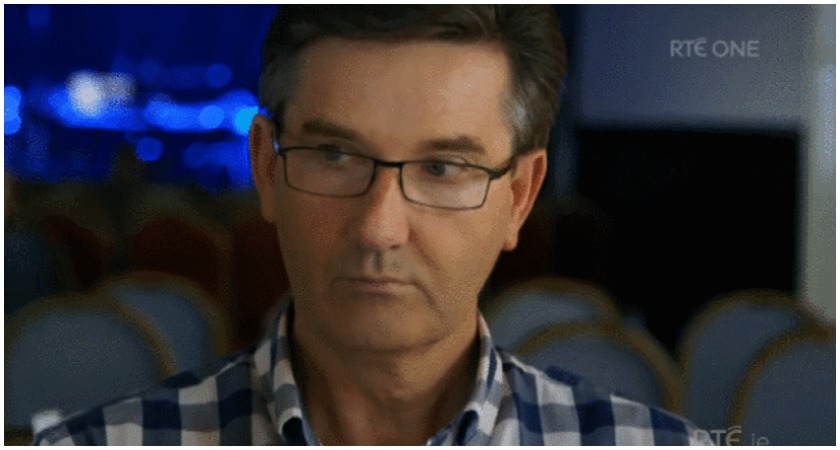 If looks could kill...

As Dermot tried to reassure him, Daniel momentarily lost his cool.

“Even though I would like things done to the house, I couldn’t care less if there was nothing done,” he said.

The nation took to social media to declare the moment “TV gold,” and praised 56-year-old Daniel as “secretly hilarious”.

Another added: “If Daniel O'Donnell ever gives up on the singing he could always go into comedy #RoomToImprove.”

Check out the brilliant moment below…