The best folk festivals this summer

FESTIVAL season is now in full swing. Wherever you are, chances are a festival will soon be being staged quite near you. Here’s a guide through some of the very best festivals taking place over the coming weeks....

Folk On The Quay

If a nice location is important then Folk On The Quay might be hard to beat. It’s a free festival with four outdoor music stages, two ceilidhs and 20 teams of Morris dancers – if that’s your thing. When line dancing was at its peak someone joked that line dancing was only invented so that Morris dancers would have something to laugh at.

No offence intended to fans of either enjoyable practice. There are none of the usual big festival names on the bill but it is free and the location is great. If the weather holds out then it could be a fun weekend or certainly worthy a day visit.

Not a free festival although there are lots of free events going on and the festival is organized and stewarded by volunteers with profits going to Priddy Charity Trust. There are three main ticketed venues, two big marquees in the square plus the village hall which is used for dancing.

As usual with festivals there are too many acts to mention but a few of the highlights include: Flook (Brian Finnegan from Armagh, Sarah Allen on flute, Ed Boyd on guitar and John Joe Kelly on bodhran); Blues/Americana singer/songwriter Brooks Williams – ranked one of the top 20 acoustic guitarists in the world; Award-winning Kan – a group made up of four great musicians from other bands that includes Flook’s Brian Finnegan: Bella Hardy, Steve Tilston Trio and  Maz O’Connor amongst many more. 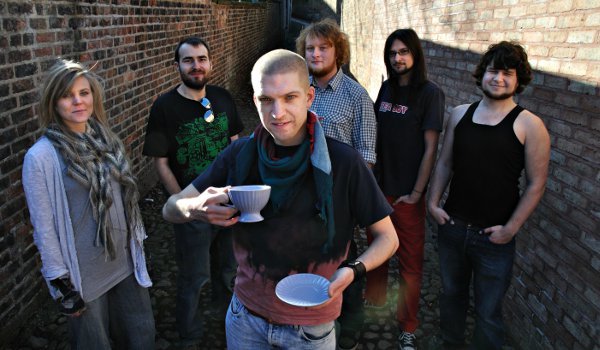 Where: The Bowling Green, Bromsgrove

The 23rd Annual Bromsgrove Folk Festival in Worcestershire takes place on the same weekend as Priddy with a strong bill. The main headline act is Scotland’s brilliant singer/super songwriter Dougie MacLean. Born in Dunblane he grew up in a house where both his parents played instruments, but it was with his amazing songwriting talent that he would make his mark.

In the early days he spent some time with the Tannahill Weavers and Silly Wizard before deciding to concentrate mainly on a solo career. Probably his best known song and certainly the one most covered is Caledonia. I remember reading somewhere that if Scotland became independent then Caledonia might be the choice of anthem. Richard Digance is a terrific performer.

Respected by comedians for his original material and by musicians for his guitar playing he is a very talented entertainer and a clever songwriter. He had his own radio show in London and his own ITV series. He is also a world-acclaimed poet.

The other must-see act at the festival is singer/songwriter Anthony John Clarke. Born in Belfast he lived for a while in Liverpool before settling on the Scottish borders. Like Richard Digance he works the folk clubs and has built a really loyal fan base.  York’s high energy 6-piece folk-rockers and ceilidh band Blackbeard’s Tea Party should keep things hopping also.

This band is playing a whole host of festivals this summer including Glastonbury so you will see their name around. Festivals do depend on good weather to an extent but lots of them have been running for years through good and bad conditions and hopefully will continue to do so.

RETURN TO LONDON TOWN: Traditional Irish music festival is back – in full and in person – this month