THE SIMPSONS has announced it is recasting a gay character to allow a gay voice actor to play him.

Julio, a homosexual Cuban character who appears sporadically throughout the series, will no longer be voiced by Hank Azaria, who is white and heterosexual.

He will now be portrayed by Tony Rodriguez, a gay Cuban-American voice actor.

The switch is the latest in a line of politically correct moves made by the long-running animated sitcom. 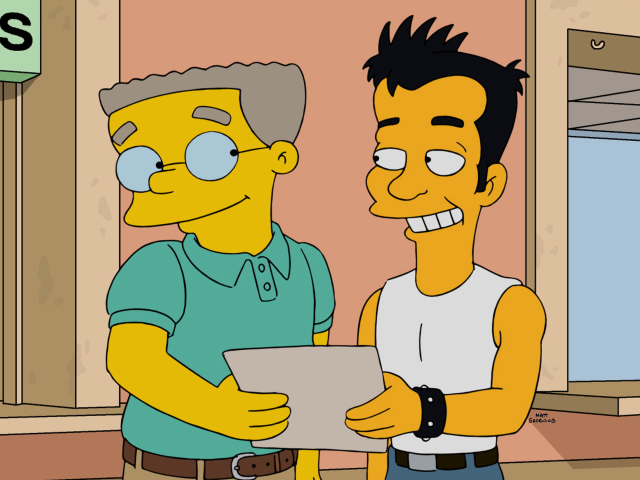 Julio (R) will no longer be played by a white actor, and will instead be voiced by a gay Cuban actor

Carl Carlson, a black character who works alongside Homer in the nuclear power plant, used to be voiced by Azaria but was recast so that a black voice actor could play him, while Apu Nahasapeemapetilon, an Indian shopkeeper, also voiced by Azaria, was removed from the show entirely after some deemed the character to be a racist depiction of Indian-Americans.

Last year, creators of both The Simpsons and Family Guy announced that they would no longer be using white actors to voice non-white characters.

Meanwhile, Azaria recently apologised to "every Indian person" for voicing Apu, and acknowledged the criticism he'd received for voicing other characters of colour such as Carl and Bumblebee Man.

While some have praised the show for attempting to promote authentic representation, others have slammed the move as nothing more than yet another pointless display of moral posturing.

"The whole point of ACTING is that you're pretending to be something you're not. If the rules are, you can only play characters who fit your ethnic/racial/sexual identity, then acting is dead," one social media user wrote.

It does begs the question, if Apu, Carl and Julio have to be changed, then why not others?

Krusty the Clown, for example, is a Jewish character, but isn't voiced by a Jewish actor. He's also depicted as a rather 'offensive' Jewish stereotype. Should he be removed from the show like Apu was?

Bart Simpson is voiced by a woman, so should he be recast for the sake of 'authentic representation'?

And on that note, shouldn't Bart be portrayed by a child voice actor? That only seems fair, right? Nice and authentic.

Homer Simpson, Chief Clancy Wiggum, Fat Tony, Groundskeeper Willie ... all examples of negative stereotypes that could absolutely be deemed 'offensive'. So why the selectivity?

Is it because Homer, Chief Wiggum, Krusty, Fat Tony and Willie are all straight and white?

We live in a world where Anne Boleyn, the 16th-century wife of Henry VIII - who was very much white - being played by a black actress is cause for celebration, but a gay Cuban character being portrayed by anything other than a gay Cuban actor is considered problematic. 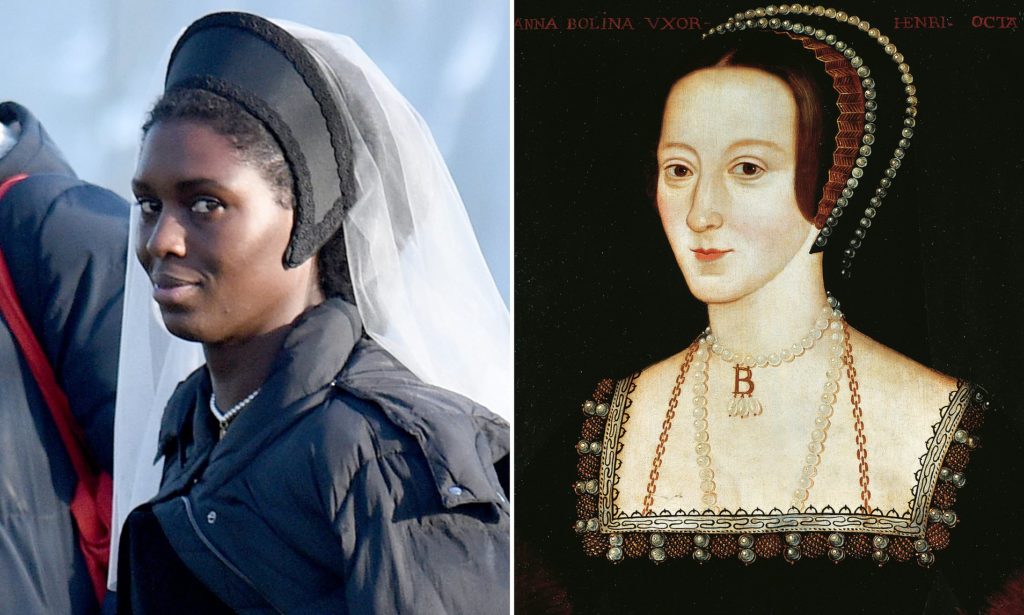 Talented actress Jodie Turner-Smith has been cast to play Anne Boleyn, but if a black actress is allowed to play a white woman, then why can't a white actor voice Apu, Julio or Carl? (Pic: Daily Mail)