"It takes a village to raise a child and it takes a village to abuse one," is one sobering insight voiced in the newspaper drama Spotlight, and it's only one among many. Written and directed by Irish-American actor-director Tom McCarthy, Spotlight retells the true story of how the Boston Globe exposed child sexual abuse in the Catholic Church.

It also reveals the unsettling truth that the abuse was covered up for longer than anyone can determine. Many people, including the general public, chose to look the other way.

Add to these Stanley Tucci, Billy Crudup and Brian d'Arcy James and we see a line-up with an impressive pedigree. All draw praise for their contribution to a complex and considered narrative, with McAdams especially back on form having escaped the tangled mess of last year’s True Detective 2.

Just as gangster movies are measured beside The Godfather (1973) and romcoms against When Harry Met Sally (1989), all newspaper pictures stand in the shadow of All the President's Men (1976).

In the sub-genre of journalism films, Alan J. Pakula's Watergate classic is the gold standard. So it's to McCarthy's credit that Spotlight is cited by some in the same breath. 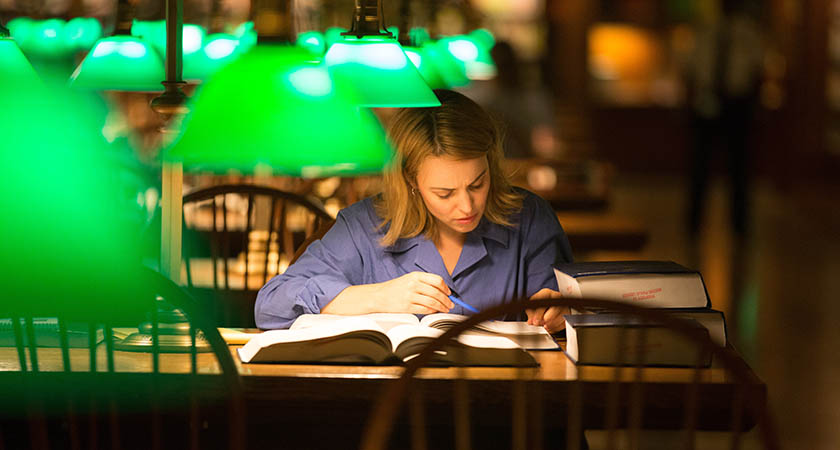 As with Pakula's movie, Spotlight focuses on doughty but determined reporters wearing out their shoe leather to pursue the truth. As with Redford and Hoffman as Woodward and Bernstein, viewers see a lot of McAdams,

As with Redford and Hoffman as Woodward and Bernstein, viewers see a lot of McAdams, Rufflalo et al knocking on doors and banging their heads against brick walls. What originates as the sniff of an unlikely story gradually demands some old-school dogged hounding to finally hunt down.

Indeed, though it seems recent in calendar terms, 2001 might appear to some as a bygone age in this movie. It was a time when most people were just getting familiar with the Internet, which was not yet an information resource at everyone's fingertips. In some

In some ways the film recalls the best tradition of investigative print reporting, as the Globe's Spotlight team must follow a paper trail and doorstep witnesses personally. The reluctance and reticence they meet from secretive officials and ordinary people alike

The reluctance and reticence they meet from secretive officials and ordinary people alike gives the plot some shades of old detective stories. There's a Chandler-esque quality, exposing the quiet deceit of so-called respectability. The scandal of child abuse by the Church is now deeply familiar, but until relatively recently most people scorned its mention.

"I know there's a story here," declares a resolute Mike Rezendes (Ruffalo), when trying to get some background info. "They'll try to silence anyone who speaks out," warns one forlorn witness.

Showing how the power hierarchy sustained the silence for so long is one of the movie’s subtle features. Effectively, Catholicism was so interwoven through the fabric of Boston – politically, economically, culturally – that challenging deference toward the Church risked the unraveling of society. During the 80s and 90s even the Globe itself had overlooked the growing implications of abuse connected to the Boston clergy. It took the arrival of new editor Marty Baron (deftly played by Schreiber) to deepen the investigation. As a Jew, it’s thought Baron brought an outsider’s curiosity to the matter. Although to some he’s an interfering menace, simply “a man of the Jewish faith who hates baseball.”

McCarthy played a reporter in series five of The Wire, the TV drama that distinctly illustrates how moral corruption can ensnare an entire society. His fine film will help blow off the post-Christmas cobwebs, with a stirring start to 2016.

Spotlight is released in UK and Ireland cinemas on Friday, 29 January. Watch the trailer here.

"I wondered if anyone would ever love me again", claims Magdalene laundry survivor