The local gaming industry in Ireland is booming.

According to an article in the Belfast Telegraph online, there are around 25 video game development companies operating in Northern Ireland alone.

Quoting figures from Ofcom and the UK games industry, the paper has reported that 62% of adults played games in 2020, and that game sales jumped to £7 billion. Northern Ireland is in the perfect position to benefit from all this activity. And according to the Irish Times, quoting research from telecommunications provider Pure Telecom, 36% of Irish adults play games online.

It’s not just traditional video games that enjoy lots of attention from Irish gaming fans. Online casino games are also growing in popularity with online slots being one of the most popular games. The Irish are well known for their luck, and it explains why many try their luck on online slot games. Online slots are well known for their speed and convenience and can easily be accessed on mobile devices, making them the perfect game to play at home, on the commute or in a waiting room.

A nation that loves esports

Esports have become incredibly popular. Pure Telecom found in its research that 22% of Irish adults watch or compete in esports tournaments. Esports were discovered to be the most popular in Laois. Thirty-three percent of the population took part in esports tournaments or watched them. Dublin came second and Limerick third in this respect.

Other data in the research shows that, on average, Irish gamers will spend around six hours per week playing esports. Younger players are particularly keen, putting in around 10 hours per week behind their consoles. 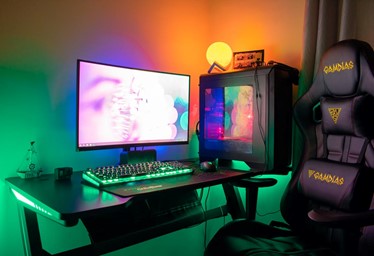 It’s hard to pinpoint one exact reason, as people can have all number of reasons for picking up a control pad and blasting aliens, building cities and other activities gaming entails. Here are some of the main reasons, however:

Ireland is a magnet for tech companies

Ireland has embraced tech companies with open arms. Google, Facebook, LinkedIn, Microsoft, Apple and a whole host of other tech companies have offices in Ireland. It’s only natural that this should rub off on the population in some way, which it has done in the form of an appetite for gaming.

Not many people would deny that life has gotten more stressful in recent years. Video games provide a wonderful form of stress relief. In the US, research showed that 55% of games players had responded that games relieved stress. Forty-eight percent stated games provided a distraction.

This isn’t just for adults. Gaming creates an escape from stress for children, too, according to 71% of the parents who participated in the survey. Fifty-nine percent of parents mentioned that their children played educational games.

Originally, many offline games such as boardgames were designed to play with friends and family, making games a sociable activity. This trend has also stayed online, with many games now have multiplayer versions to connect with people across the world or even your friend that lives round the corner. By playing games with others, many are establishing new friendships or strengthening existing ones. 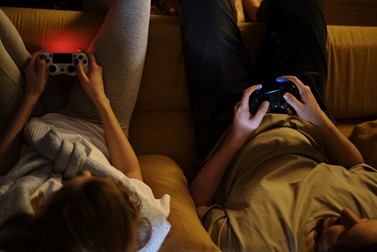 Playing games with others can help bond and strengthen the relationship.

Tech has advanced so far that players don’t necessarily have to sit down in front of a games console to play games. Tech companies have responded to the demand for gaming and other activities on mobile devices and, in some cases, have started making mobile-friendly versions of their titles. The development of casual games, simple games that people can play on their mobile, has also fuelled an appetite for gaming.

Video games companies aren’t the only businesses that have made their games more accessible for play on mobile devices. Online gaming operators have also endeavoured to meet this demand, understanding the importance of keeping up with tech trends.

The general interest and enthusiasm of the people in video gaming, naturally, has also led to some curiosity in online casino gaming. Combine this with the high levels of accessibility to online gaming and you have plenty of people who are willing to give it a try.

Online slots are especially appealing to newcomers. They’re straightforward and inexpensive to play, it’s possible to win large jackpots and there’s plenty of variety. Players don’t feel forced to play the same game to the point of boredom and move on to a different casino.

Then there’s the sheer unpredictability of slots. The results are completely random. Basically, there’s never a dull moment when you play a slot. Here are some popular slots you may wish to try:

Starburst: Starburst is a modern classic in that it has the feel of an old-school slot, due to its simple design, but it’s immensely enjoyable.

Game of Thrones: The online slot inspired by the smash-hit TV series is a popular choice, especially as the makers filmed some of the scenes from the show in Ireland. Country Down and County Antrim, including Belfast, and Country Derry have all hosted parts of the show.

Beowulf: This popular slot bases itself on the epic Old English poem that features Scandinavian hero Beowulf. The slot is set in medieval Scandinavia and pits the hero against varies baddies.

Gaming is enjoying major boom times in Ireland. A passion for esports is providing a lot of fuel for the industry, as are the chance to bond with family, a generally tech-oriented environment and, as players warm to gaming more and more, experimentation with online casino games. Irish players will never get tired of gaming.

How Big is the Mobile Casino Games Industry

Gaming Trends in Ireland in 2021