ON THIS WEEK, 100 years ago, 11th September 1921, these iconic photos of Michael Collins at the Leinster Hurling Final in Croke Park were taken.

The War of Independence was over and the Truce had been in place since July 11th, negotiations with the British government had taken place and another round of negotiations looked likely.

Michael Collins was no longer hiding in the shadows but was now in full public view as he held large rallies, like that in Armagh the week previous, and attended events like this.

These were some of the first candid photos taken of Collins as jokes with Luke O'Toole, GAA General Secretary and Harry Boland, a close friend, fellow TD and accomplished hurler.

Other photos show him meeting the teams, playing with a hurl and throwing in the ball (slíotar) to start the match. 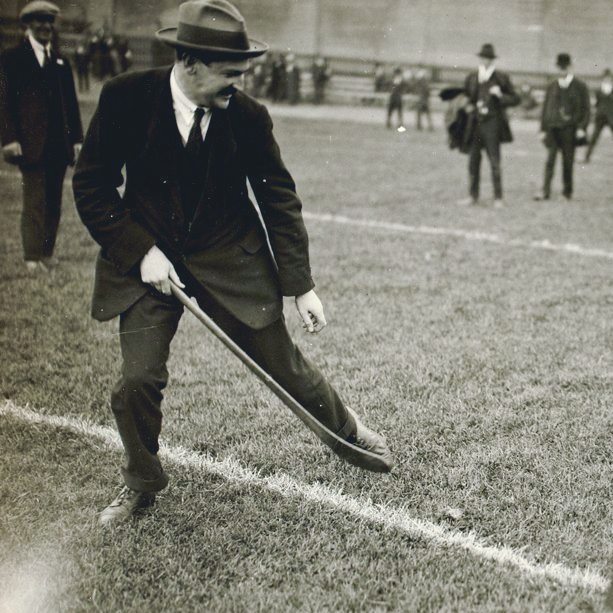 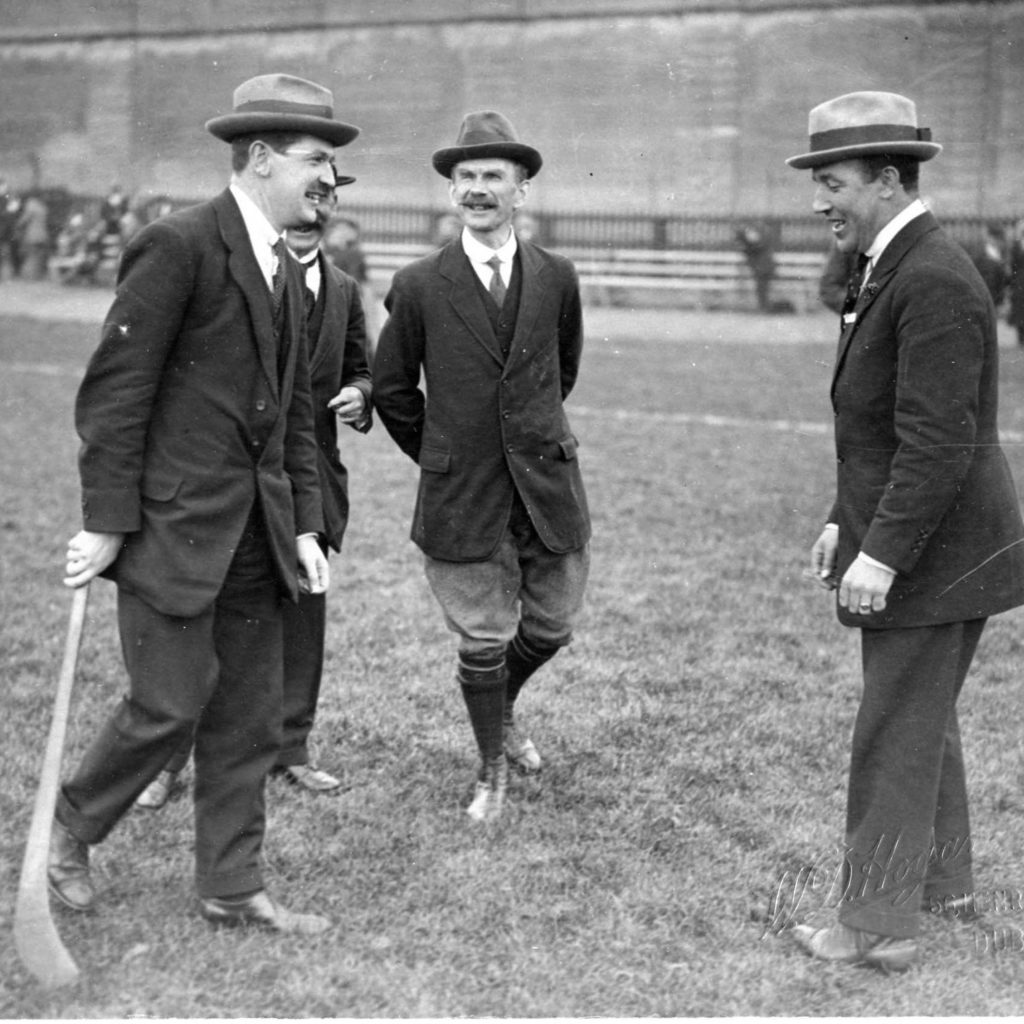 During much of the pandemic lockdown, the Michael Collins House was closed to the public, but they continued to release amazing footage online – digital images, podcasts and video making their resources available to those who’d love to visit, but could not.

The good news is that the museum in the West Cork town of Clonakilty is now open to the public again, with pre-booking available here

Michael Collins House, Clonakilty is a museum dedicated to Irish patriot and revolutionary hero, Michael Collins. A visit will help you learn about the “Big Fella” himself, his life story entwined with the history of the fight for Irish independence. The museum is presented in an accessible manner through guided tours, interactive displays, audio visuals, artefacts and more, bringing the history to life for all the family.

For those looking to delve into the history further information boards, history talks and our highly qualified tour guides will more than happily engage in debate and answer any questions you may have.

The museum is based at 7 Emmet Square, Clonakilty, the only planned Georgian square outside of Dublin. The museum explores Collins life but also looks at local revolutionary patriots such as Tadhg an Asna who led the local forces into battle in 1798 and the unrepentant Fenian, Jeremiah O’Donovan Rossa, both of whom influenced the young Collins.

Videos and Podcasts follow the path and stories of Ireland’s leader General Michael Collins – including that of his tragic death in Beal na Blath, on 22nd August 1922. 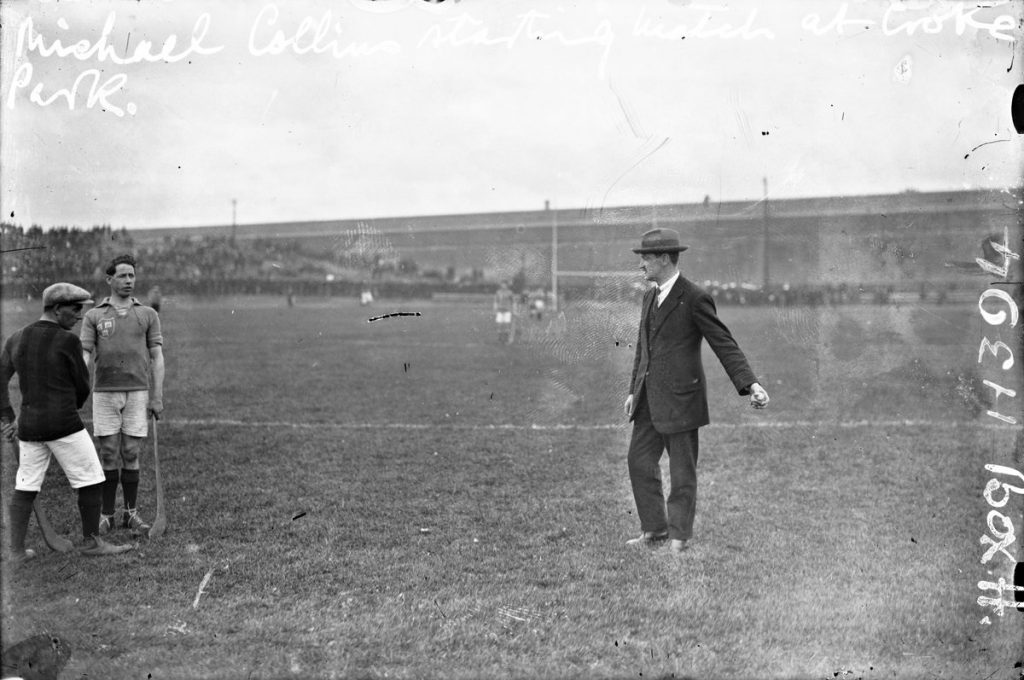 We enter the 100th year anniversary of the death of Michael Collins, we celebrate his life  - and here on 11th September 1921, these iconic photos of Michael Collins were taken at the Leinster Hurling Final in Croke Park, as Dublin faced Kilkenny 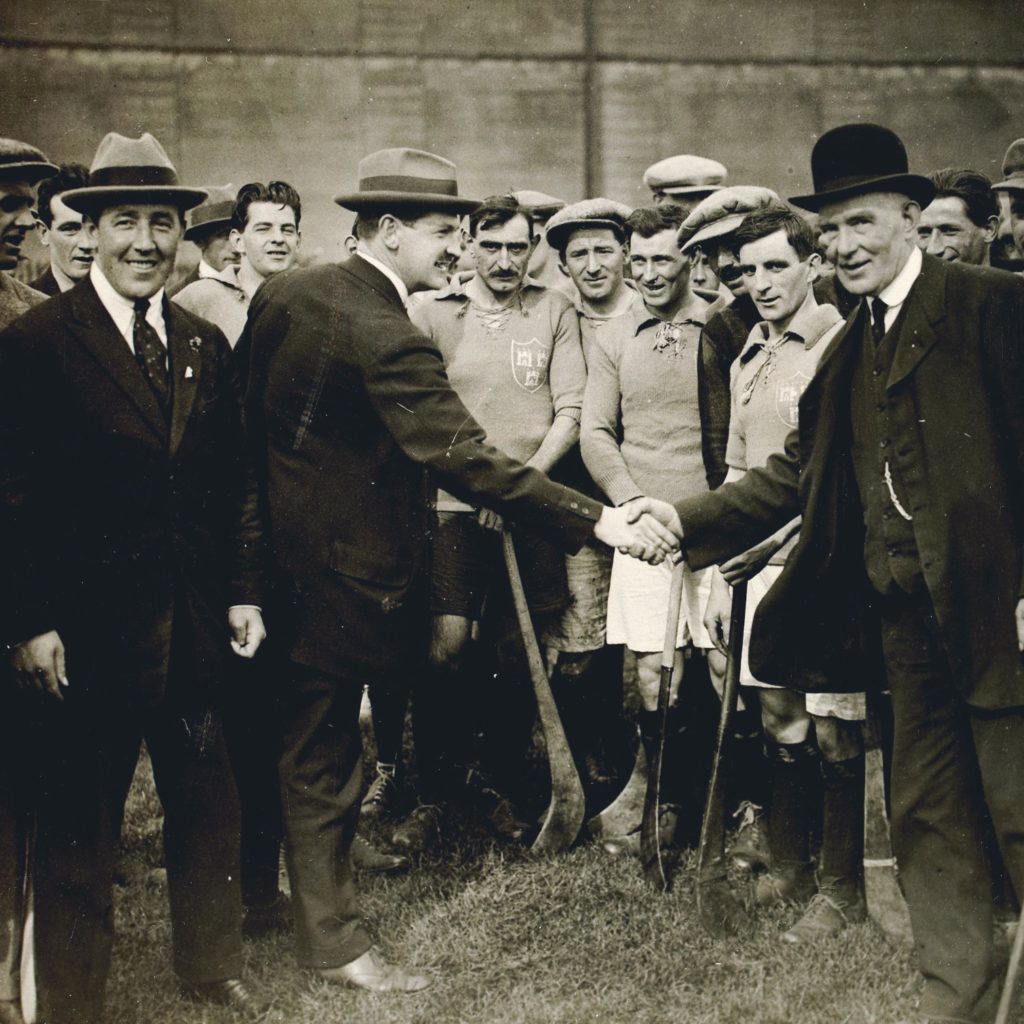