GUINNESS pumps in every corner, live trad music performed by a couple of bearded chaps in the corner, barmaids who will chat your head off as easily as they'll bite it off should you dare tell them you've been given the wrong change.

These are things we all know about Irish pubs. But how about the things you might not know? Well, let's take a look shall we? After all, there's quite a rich history there.

Why Irish pubs have family names over the doors

Legislation passed in 1872 meant that it was a legal requirement for the owner of the premises to have their name over the front door. The legacy of this law has forward-rolled into something of a tradition, and a unique feature for Irish pubs around the world. The only downside was that the number of inventive pub names around the country began to dwindle. Shame. 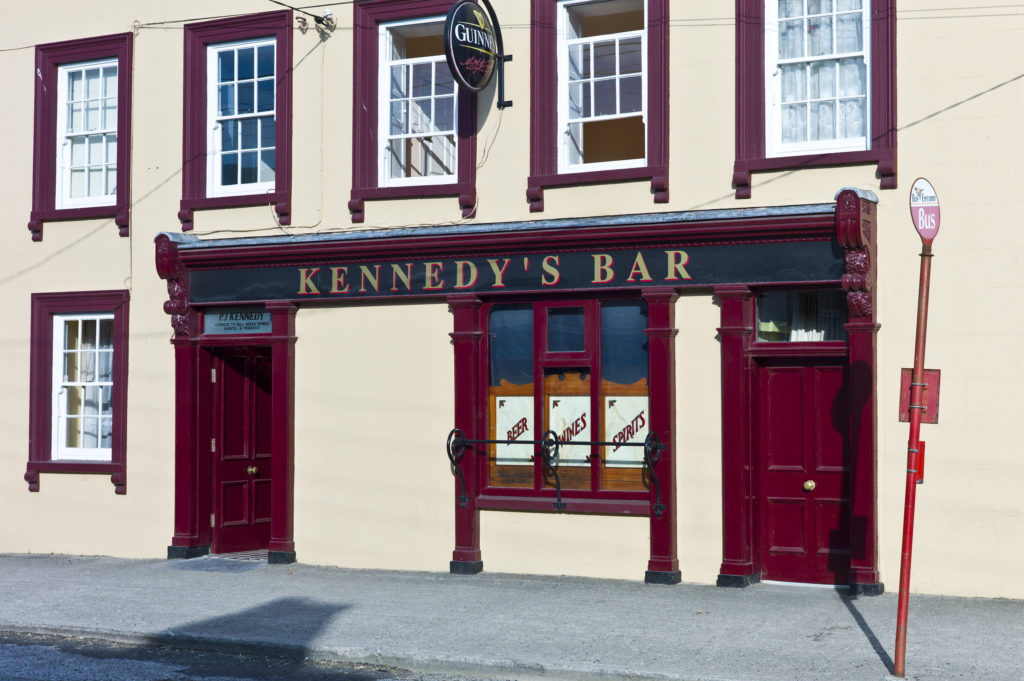 The Brehon Law to be precise. It was first put in place in the sixth century and decreed that every local king was required to have his own bruigu (often spelled brughaid) or brewer. A bruigu was obliged to have a 'never-dry cauldron, a dwelling on a public road and a welcome to every face'. Basically, the chosen pub was expected, by law, to provide hospitality to everyone who came through their doors, and to be open at all times, just in case the local king was thirsty.

The oldest pub and the oldest graffiti in Ireland

Sean's Bar in Athlone, Co Westmeath is considered to be Ireland oldest pub. Archeological evidence from the site found that parts of the foundations were made from wattle and daub, and that the premise had been operating as a pub since around AD900. They found old coins from the period too during a 1970 renovations, which are now on display in National Museum. The Brazen Head in Dublin meanwhile found a signature etched onto one of their old windows, which was later confirmed to be from 1726 - making it the oldest piece of graffiti in the country. The writing reads: "John Langan halted here 7th August 1726". Graffiti hasn't changed much has it? 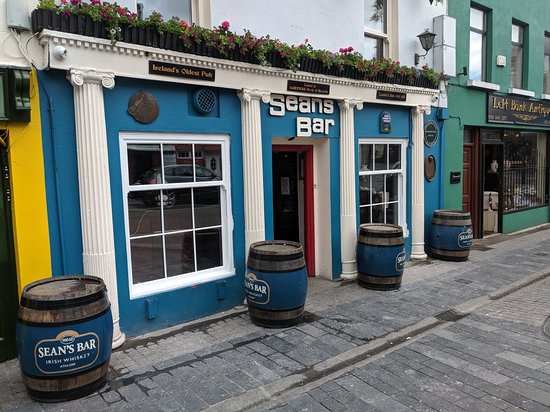 Pubs were once allowed to store dead bodies

Prior to modern techniques and facilities, pubs were often used as temporary storage places, or even morgues, for dead bodies. It was even written into law. The Coroners Act of 1846 decreed that a dead body had to be brought to the nearest public house for storage until further arrangements for it had been made. This was because beer cellars were cool and would slow the decomposition process. (Hopefully they weren't tapping kegs next to somebody's dear old pa). Amazingly, this legislation wasn't repealed until 1962. 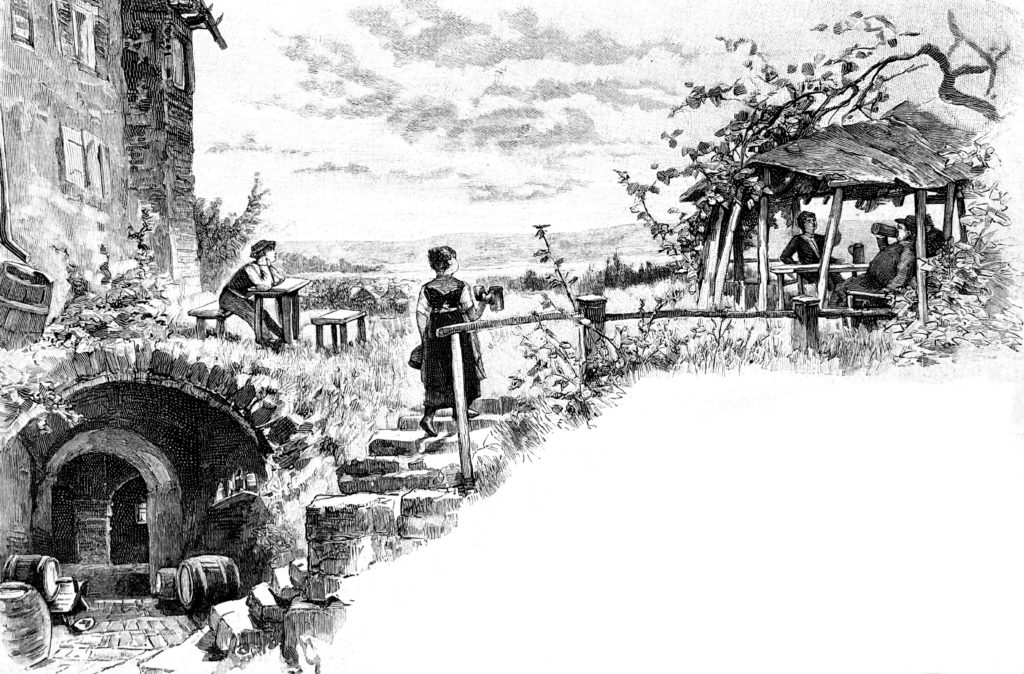 Because beer cellars were cool, thy were used to temporarily store dead bodies, because decomposition was slow

The word tavern - from the Latin word taberna, meaning hut - was first used when the Normans invaded parts of Ireland in the 12th century. They imported a huge amount of wine into the country from their homeland, and were more keen on the stuff than the Irish were. In Dublin, they were organise and hold huge wine tasting events, usually just for the local Norman lords, but would sell the surplus wine around the city afterwards. These wine-tasting meeting places were dubbed 'taverns'. Dublin’s Winetavern Street, referred to as vicus tabernariorum vini in Latin - 'the street of the wine taverners' - was the main centre of distribution and retail.

Travellers used to be legally entitled to a drink

There was a law which stated that travellers were legally entitled to refreshment at an establishment if he or she were more than three miles from their residence. This was extended to five miles in Dublin. They were allowed to come in and get a drink at all hours of the day too, but they had to prove they'd 'travelled in good faith' and hadn't just come for the beer. As you'd expect, plenty of pubs were taken advantage of under this law until it was finally repealed in 1943. 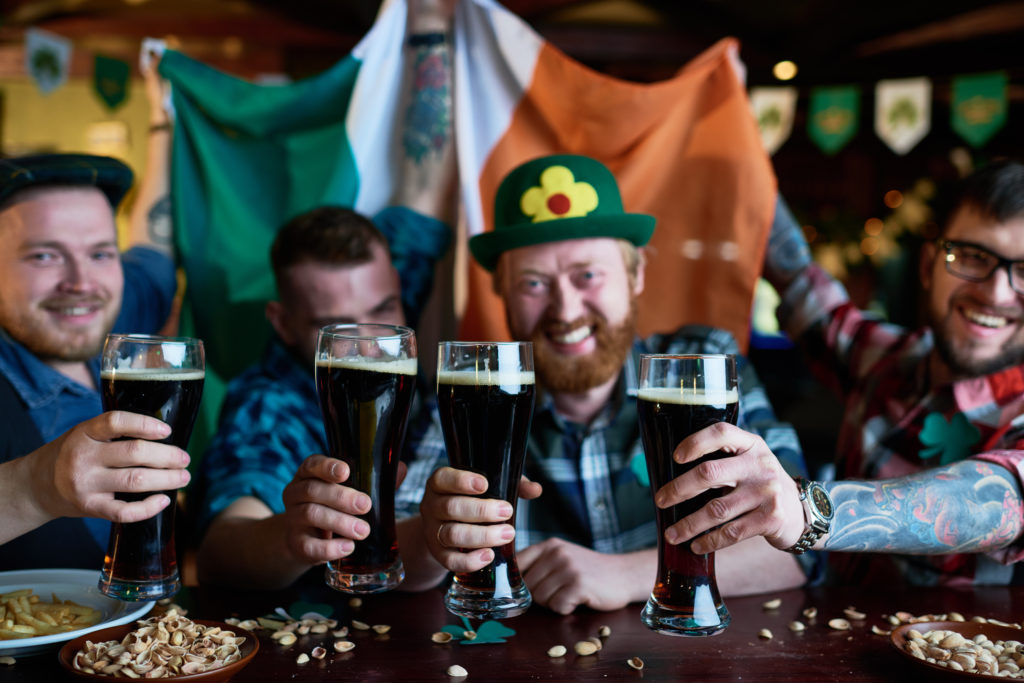 Most pubs will have their little unique qualities, especially ones in Dublin. The Clock on Thomas Street has an aviary in its beer garden. Sticking with birds and beer gardens, Toner's Pub on Baggot Street plays predatory bird noises in its garden to keep seagulls away. The ashes of an American man named Billy Brooks Carter are stored in a grandfather clock in Mulligan's on Poolbeg Street and every eight days, the staff 'wind up Billy'. And in Fallon's in The Coombe, there's a photo of a couple on their wedding on the ceiling. The point of this? Well, the groom of said couple requests the pubs. He also frequents the floor after falling off his chair blind-drunk. He would then see his wife staring down at him, realise he's probably had enough, and stagger home.