AN INTRIGUING new app from an Irish developer is about to make road trips around Ireland even more exciting.

Sally Rooney's Normal People took the nation-- and beyond-- by storm earlier this year when it was released at the height of the lockdown.

The show was praised for its honest portrayal of young people in Ireland and the struggles they face, but while the world fell in love with Paul Mescal (Connell) and Daisy Edgar-Jones (Marianne), there was another star which received an honourable mention in most reviews: Ireland itself.

Set to the backdrop of Sligo's colourful towns and rugged countryside, as well as Dublin's iconic Trinity College, Ireland's magnificent scenery helped reign in audiences and keep them hooked until the final moments of the series.

Now a newly released app allows Normal People fans to get closer to the series than ever, featuring maps, locations and information about the show's most iconic scenes.

The 'Normal People Locations' app promises to allow fans to follow in Marianne and Connel's journey from Sligo to Dublin and beyond through the cafes, pubs, houses, streets, parks and beaches that feature in the show. 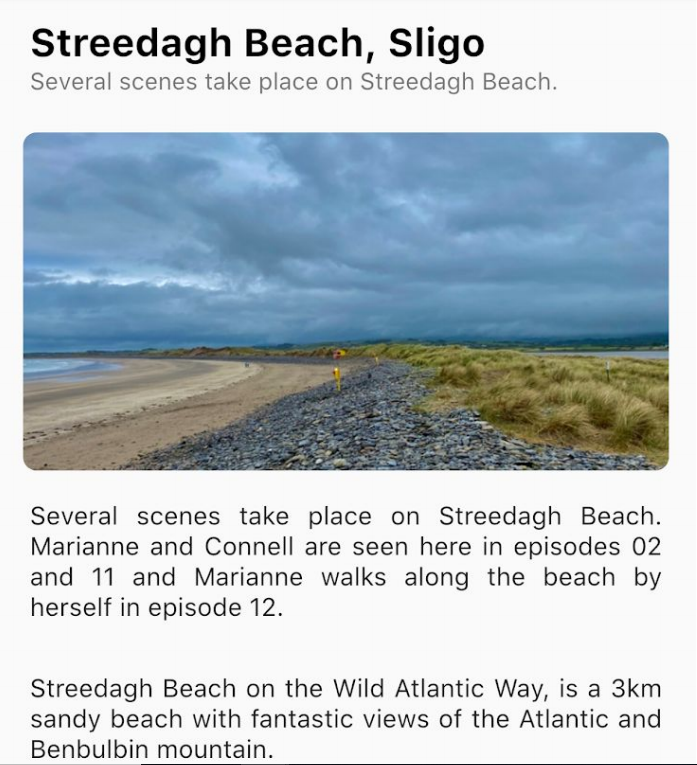 The app shares the location of the famous scenes along with some history and facts about each area (Image: Normal People locations app)

Developer Dan O'Connor spoke to us at The Irish Post where he explained what inspired him to create the app.

"I was born in Sligo Town and used to visit Streedagh Beach a lot as a child," Dan explained..

"It's a beautiful beach with a fascinating history; that inspired me to also include a small bit of the history behind a lot of the filming locations, so the app would have an extra depth for user." 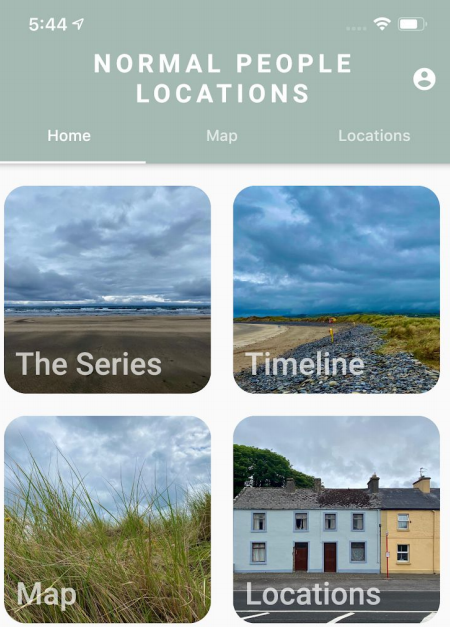 "I'm a big fan of the show and as the locations were such a huge part of what I like about it.

"I was curious to find out where they all were," he continued, "and I presumed others probably would be too.

"I've been talking to fans of the show on lots of different forums and fans from as far away as the Philippines and Alaska wanted to know more about the series and it's locations!" 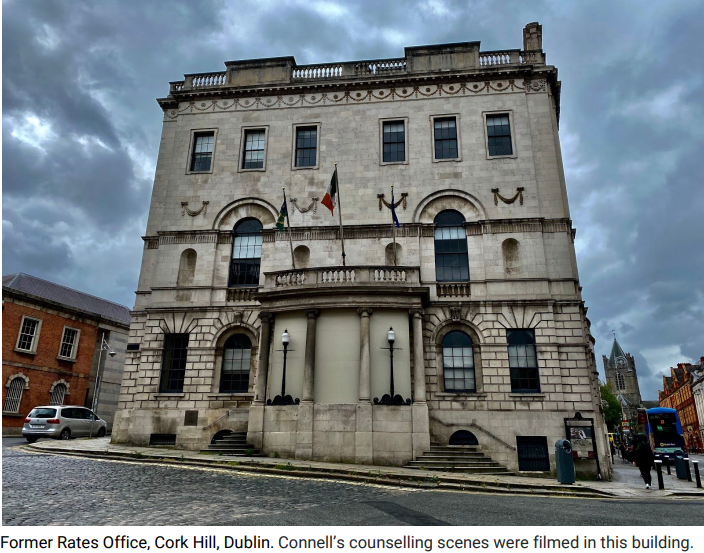 "It's a very Irish show that doesn't try to pander to an international audience, so in that regard I was surprised by its international success," he added, "but it does deal with universal themes that can resonate with anyone, and the whole cast gave great performances."

If you're an avid 'Normal People' fan, or just willing to take any excuse for a trip around Ireland, you can download the app free of charge on both Google Play and iOS.