ONE Irish mammy was left less than impressed after her son complained about her gone off soup.

Peadar Ó Baoill’s mammy put him in the sort of headlock Conor McGregor would be proud of in an attempt to stop him sharing the culinary mishap on Facebook.

Sadly she wasn’t successful, and since being posted yesterday the video of Peadar exposing his mammy’s kitchen nightmare has been viewed over 7,000 times.

“So the mother gave us soup for lunch… tasted a bit funny but didn’t expect to find what I did upon investigation,” Peadar wrote in the post.

“Along with a headlock McGregor would be proud of.”

The video shows Peadar grabbing the used Oxtail soup bag from the bin in an attempt to investigate his peculiar tasting lunch. 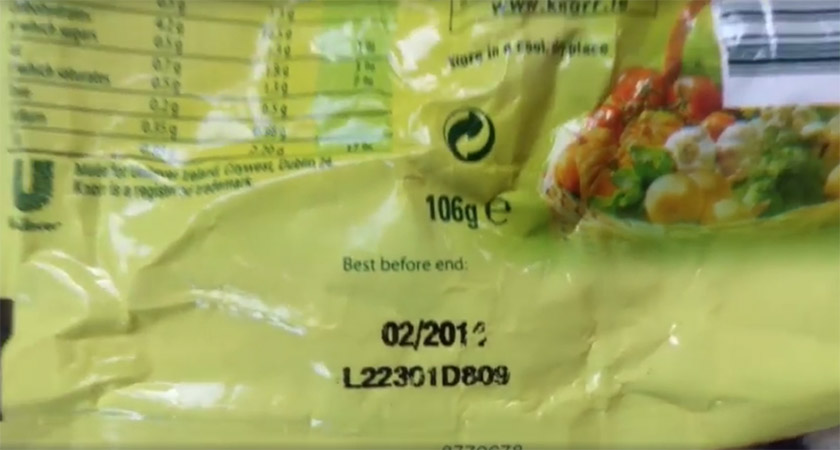 The offending label [Picture: Facebook]
That’s right, the soup expired all the way back in February 2013.

“I’m having to show people what you do to me,” Peadar quips as his mother proceeds to drag him into an MMA-style headlock.

Check out the hilarious video below…