IF you're wondering how to pronounce that, it's similar to 'leprechaun'. In fact, the clurichauns have a lot in common with the traditional 'wee-folk' of Ireland, not least the last syllable of their name.

Clurichauns are not leprechauns but certain characteristics have sometimes been merged when we sift through Irish folklore and literature. They're both described a small rascal-types who enjoy shoemaking and guarding treasure.

Think of them as the slightly controversial, badly behaved cousin of the leprechaun. 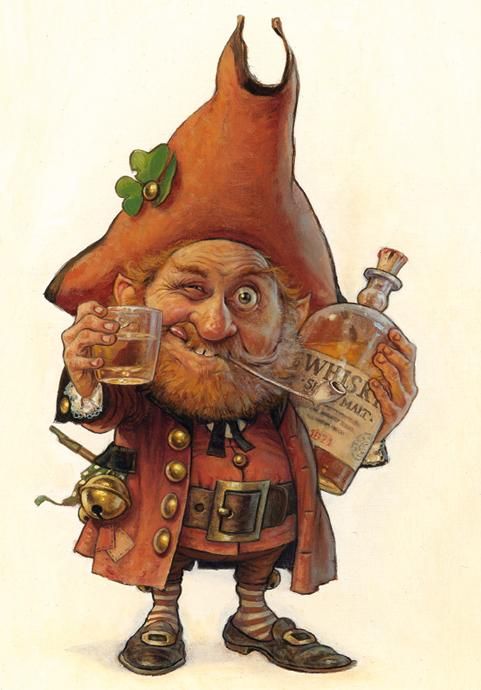 They were pranksters and jokesters and were very rarely seen without a jug of ale in their hand (I think I might know a few Clurichauns). Because of this, many believed they were simply drunk leprechauns on drinking sprees, but this isn't the case.

Such is their fondness for alcohol that they're typically spotted in wine-cellars and the like, and have even been known to 'haunt' them - or never ruddy leave them at least.

In the 1825 folktale "The Haunted Cellar", by Thomas Crofton Croker, they're described as "heavy drinking little fellows" with faces like "withered apples" and their noses are said to be plump and purple from all the boozing.

They can be merry and even quite charming, but they're pranks have been known to border on the unpleasant, at times. Due to their excessive drinking, they've short tempers and have little gauge - or care - for the troubles of others. So unless you want your booze cupboard cleared out, or your milk turning sour, or your eggs made rotten - I'd get the feck out of there.

They've been known to harm livestock  and even people should anyone stand in their way of their acts of debauchery. There are tales of sheep and cattle falling ill and family members catching the pox after 'disgruntling' a clurichaun. 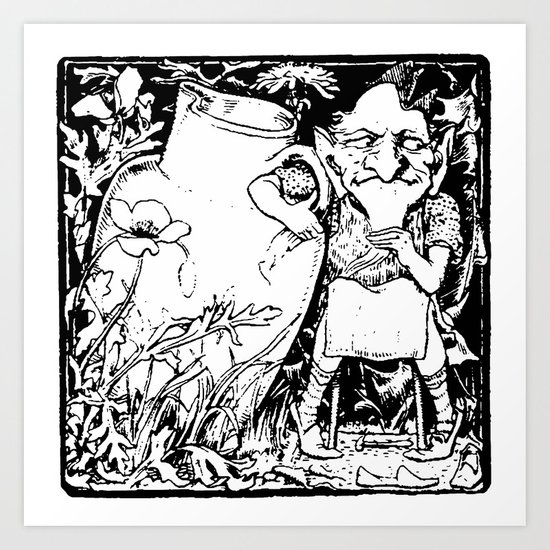 The legend of trying to catch a leprechaun actually stems from stories about clurichauns - it's argued. Clurichauns were known to carry magical purses which contained 'a lucky shilling' or 'spre na skillenagh', that always returned to the purse, no matter how many times it was spent (I could seriously do with one of those). Because of this coin, many mortals were seen trying to catch a clurichaun so as to seize ownership of the coin.

They're as hard to catch as they are to shake, mind.

Numerous tales of homes being tormented by clurichauns all tell the same story. If you ever found yourself plagued by a Clurichaun, the likelihood is that if you try to move house to get away, or try to otherwise get rid of him, it will have the opposite effect. Clurichauns are loyal creatures, and tend to attach themselves to families, mostly noble as they are the ones with the best wine cellar.

Such is their appetite for boozing.