A GROUP of Irish men who socialise together in a Hertfordshire club have taken on the challenge of climbing Croagh Patrick.

The men, a mixture of first and second generation Irish, live in Borehamwood, where they are members of The Crypt Catholic Social Club.

It was at the club that the idea to take on a fundraising challenge and climb the Mayo mountain – also known as The Reek – was born.

And by the time they got to the mountain they also had some additional climbers on board - from Cricklewood in north London and Waterford, Leitrim and Galway in Ireland.

The group decided to tackle the mountain to raise funds for Great Ormond Street Hospital (GOSH) as some of them had children who had been helped by the hospital. 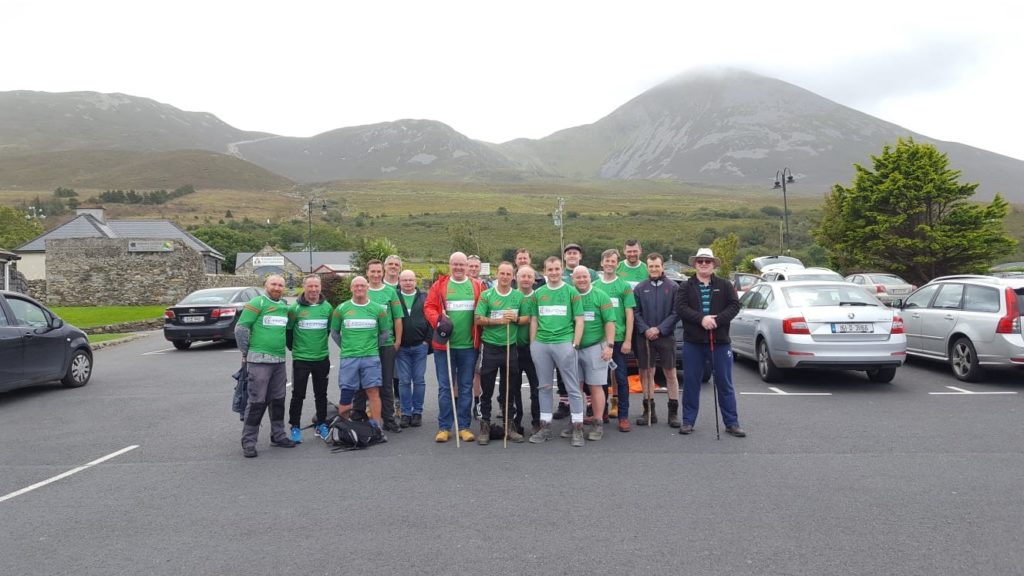 The Crypt to Croagh Patrick team ready for the challenge

They explained: “We did it because one of our number’s daughter hasn’t been too well recently and has been looked after by GOSH so he was very keen to raise money for them.

“Given that he has family in Mayo he felt that the climb would be a good challenge for us to do.”

They added: “Since then we discovered another one of us had a child also looked after by GOSH and we’ve been blown away by how many other people have been helped by them too.”

The team started with a target of raising £1,000, but after running a pre-climb Benefit Night at St Albans Irish Centre, which featured Ben Presley and Seamus Moore, they had made just over £2,000 before they even got to Ireland.

“We’d really like to give special thanks to Bernie and Kevin at the Irish Centre for all of their help, donations and support, it was a great evening which will be remembered for some time,” they said. 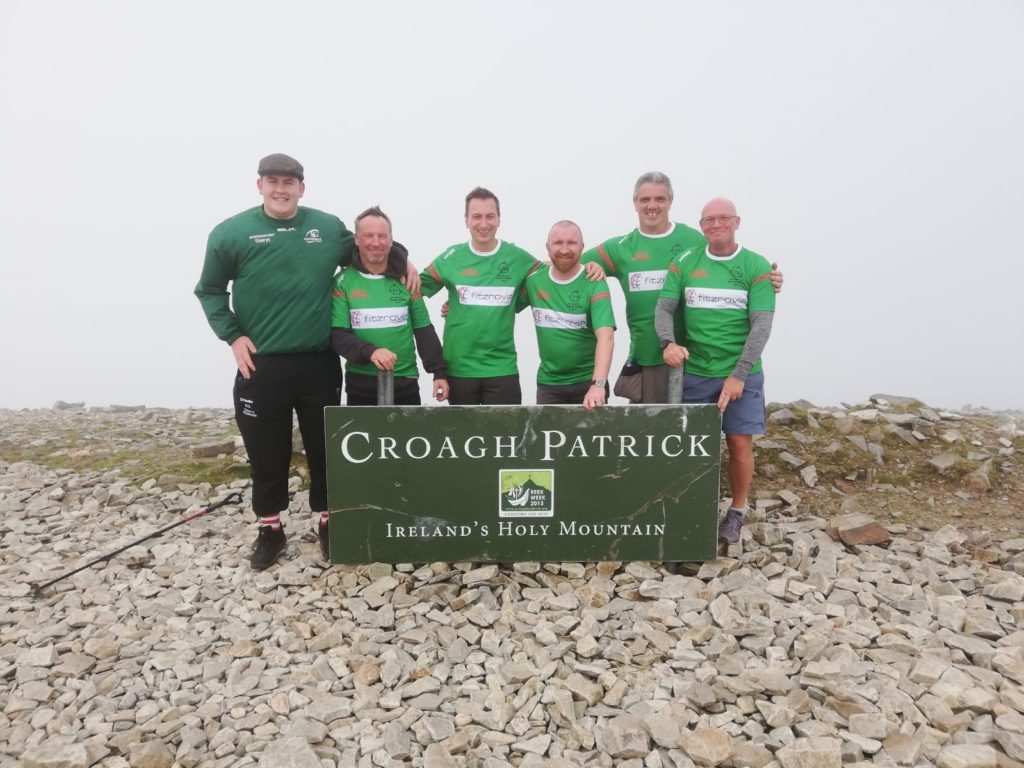 Since then The Crypt to Croagh Patrick team has successfully completed the climb and their fundraising total is now close to £6,000.

Regarding the challenge, the team explained: “We were very lucky with the weather, we were reliably informed it was the first dry day in Mayo for a month. 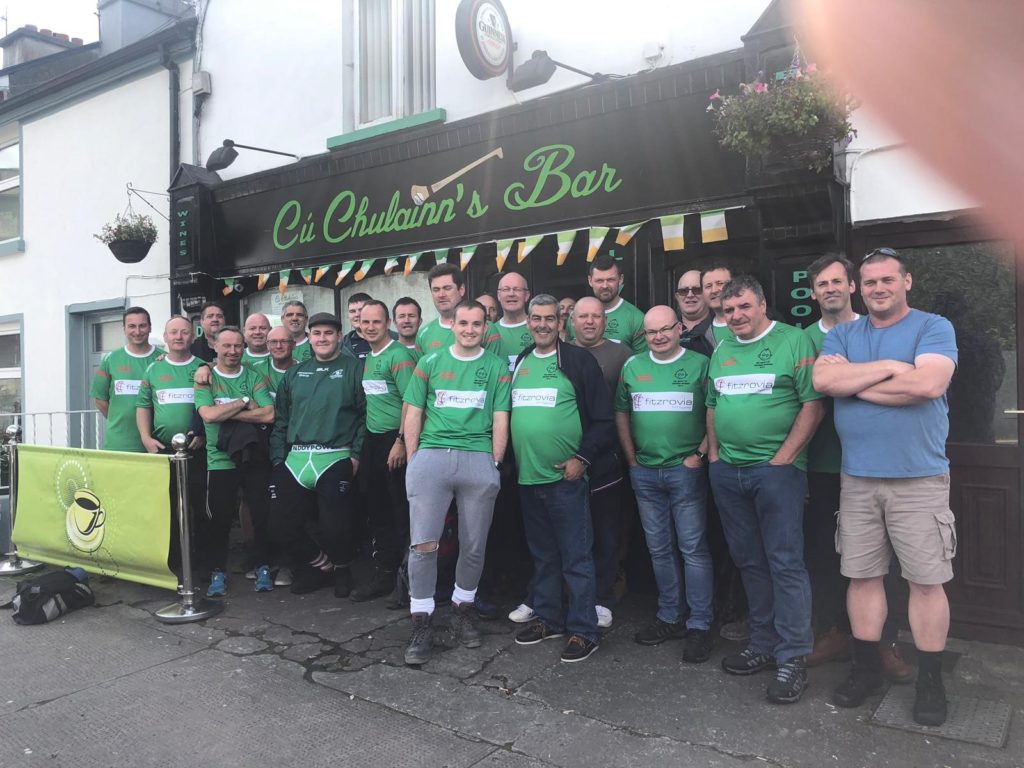 “We are also very happy to say that everyone who started the climb made it down without injury - however there were some sore legs for the rest of the weekend as we rehydrated around many of the pubs in Westport.

“Lastly we’d like to thank Eimear at Cu Chulainn’s Guest House who was the perfect host and kept us going with some great Irish Breakfasts – we couldn’t have done it without you.”

But the fundraising doesn’t stop there – with the team still hoping to surpass the £6,000 mark.

Keep up with their campaign at The Crypt to Croagh Patrick Challenge Facebook page.