How Racing Fans Can Enjoy Greyhound Racing During Lockdown

THE global COVID-19 pandemic meant that most sporting events were suspended for large parts of 2020.

Lockdown and social distancing measures put in place to try and stem the tide of the virus spreading meant that sports of all kinds were cancelled throughout the spring and into the summer. Some have since been allowed to start up again, but mostly behind closed doors without a live audience.

Greyhound racing was one of the first sports to start again following the implementation of new guidelines. In the UK, this was the first professional sport to re-start, providing fans with the opportunity to watch live races for the first time in almost three months, albeit from their own homes. However, fans have had other opportunities to enjoy some form of greyhound racing during lockdown.

Mike and Paul Campbell, two brothers from Highworth, developed a greyhound racing game that could be played online over Zoom. The brothers, one of whom is a programmer and the other an astrophysicist, are big fans of the greyhound racing scene in Swindon and wanted to come up with something that would allow people to indulge in gambling on racing while also connecting via Zoom parties. Virtual racing games like these have proven a big hit during lockdown.

The Zoom version of greyhound racing created by the Campbell brothers was an instant hit. Hundreds of people around the world experimented with the game within the first week of release, despite the only real advertising being word of mouth. After just over a week of the game being launched on the Zoom platform, more than 1,500 people from over 40 countries had accessed it. 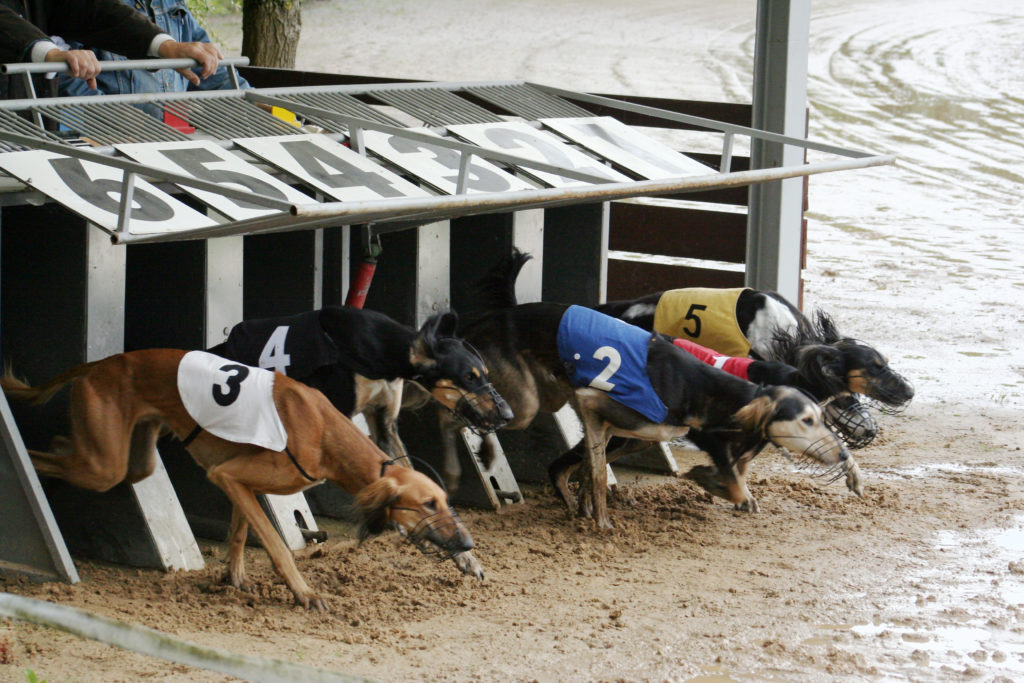 The formative idea for the game came about as an answer to the confusion of Zoom parties, where there are often multiple people vying for attention on-screen. The Campbells wanted to create something that would bring people together, but that could also run in the background, facilitating chat as well as play. The virtual races take place via the screen-share action, so all participants can place bets and then watch to see the outcome without interrupting conversations.

Small gatherings of people who wanted to check the game out were able to access it for up to five participants for free. After that, the game still cost relatively nothing per player, starting at £5 for up to 10 players and getting cheaper per person the larger the group size.

One person is required to set up the Zoom meeting and invite other players, then everyone who accesses the special link can join in the fun. The brothers are now hoping to communicate with Swindon Greyhounds to see if there is viability for including virtual racing as part of the overall greyhound racing experience.

One of the top trainers, Kevin Hutton, spoke of the financial hit taken by owners and trainers during lockdown as races were banned for an unspecified length of time. Hutton also commented on how excited his dogs were to get back to doing what they were trained to do from the first of June, and the importance for both canine and human participants of getting racing back up and running as soon as possible.

The first official race back after lockdown one was held at Perry Bar in tribute to NHS staff and key workers. Strict limits remained in place regarding the number of people allowed within the track confines at any one time, and gaps between races were extended to allow one group plenty of time to leave before the next arrived.

The race calendar for the year remains open but is under continual revision to ensure all government guidelines regarding health and safety can be adhered to. Some venues have managed to operate almost continually since the relaunch at the beginning of June.

Owlerton Stadium in Sheffield is one of the few that have been able to put enough health and safety measure sin place to be permitted to remain open. Punters entering the stadium are asked to wear masks and sanitise hands immediately after entering the turnstiles. They are then allowed to watch the races from socially distanced seating within the Panorama Restaurant, which overlooks the track.

Staff of the racecourse wearing PPE circulate the tables to take and deliver food and drink orders, and cashiers also circulate to take bets and distribute winnings. Customers stay in their allocated seats at all times to reduce mingling and ensure social distancing. General manager Matthew Hamilton stated that under the right circumstances, sport spectators could be among the safest, provided the facilities in question have the funds and capacity to adhere to regulations in the appropriate way.

With proper measures put in place, many other sporting venues are starting to begin opening the doors to a limited number of spectators post lockdown two. While the atmosphere within venues will naturally be more subdued with smaller crowds and fewer interactions possible, many will be pleased just to be given the opportunity to return to some semblance of normality. Should we enter another lockdown, at least virtual racing will still be available.