Tomorrow morning, just before 10am, the bright summer skies will darken as a rare solar eclipse occurs- the first one since 2015.

While it will not be a a full solar eclipse which would see the country plunged into darkness as though it were the middle of the night, the skies will become noticeably gloomy, and the sun will appear as though a 'bite' has been taken out of it.

Solar eclipses occur when the moon moves between the sun and the Earth, causing a shadow in the sun- a total solar eclipse is extremely rare, with the last one occurring over Ireland in 1724 and the next not expected until 2090. 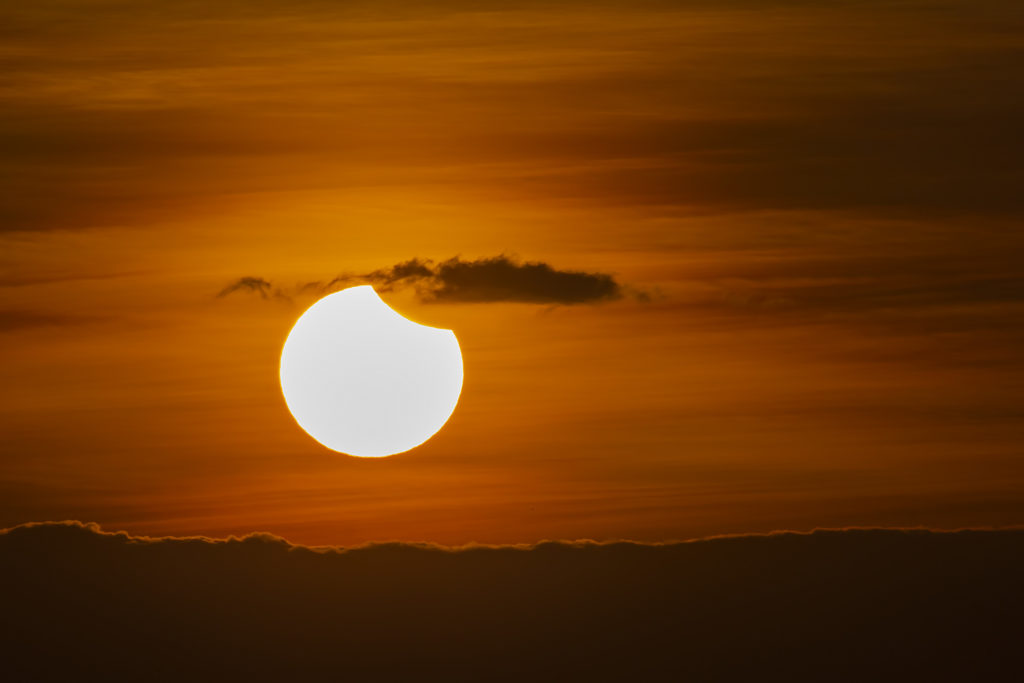 Tomorrow's eclipse, due to begin at around 10am, lasting until 12.30pm with the deepest eclipse occurring around 11.30am and best-seen in areas without cloud.

With the western half of the country expected to have heavy cloud tomorrow morning, those in the east, particularly the south-east, will have the best view- but you can also watch a livestream of the event by following this link.

This partial eclipse will be the deepest until 2025, Astronomy Ireland told RTÉ News.

It is extremely dangerous to look directly at the sun while a solar eclipse is occurring, either through a telescope or with the naked eye: to watch the eclipse safely, you can prick a hole in a sheet of cardboard and watch the sun's shadow projected on to a wall, ground or a second piece of paper.

You can check out a video on how to make your Solar Eclipse Projector below.