SIAMSA TÍRE – otherwise known as the National Folk Theatre of Ireland - launches a series of online workshops this week designed to teach traditional Irish tunes to musicians anywhere in the world.

“If you’ve always wanted to improve your knowledge of traditional Irish music, a four-week series of interactive online workshops starting on Tuesday, May 11, could be just the thing for you,” the cultural organisation states of its new initiative.

The workshops will be facilitated by Nicky McAuliffe, a musician who has performed, toured and taught music with the theatre for over 50 years.

Mr McAuliffe is respected the world over for his in-depth knowledge of Ireland’s musical heritage. 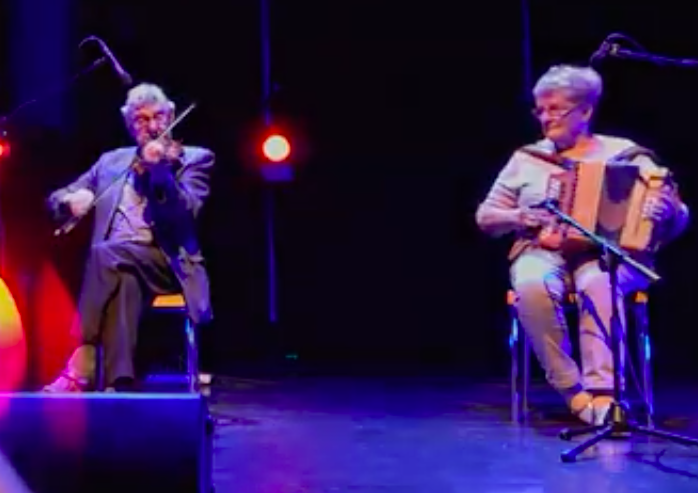 Nicky and Anne McAuliffe in action

He and his wife Anne were presented with TG4’s Gradam Ceoil Lifetime Achievement Award in 2019.

“The workshops are aimed at experienced musicians over the age of 16,” a spokesperson for Siamsa Tíre explained.

“Over the course of four weeks, Nicky will teach them traditional tunes while also sharing his insights into the tunes’ history, where they come from, and how they were named,” they add.

For further information or to book the Sharing the Tradition: Traditional Irish Music Workshops, which begin on Tuesday, May 11, click here.

Here is a taste of Nicky McAuliffe in action...