JOHN KELLY grew up in London with parents who loved all the Irish music favourites - Big Tom, The Dubliners, The Clancy Brothers.

When they weren't listening to Irish trad, Country or rock 'n' roll, they were dancing down the Galtymore.

It was this love of Ireland and its culture that inspired Kelly to become a musician.

Much of the Irishman's early life was spent in hospital due to a rare condition that meant he would be a full-time wheelchair user.

But his parents - his mother is from Athea, Co. Limerick and his father from Knocknasna, Abbeyfeale - never let that stop him from fulfilling his passions, encouraging him every step of the way. 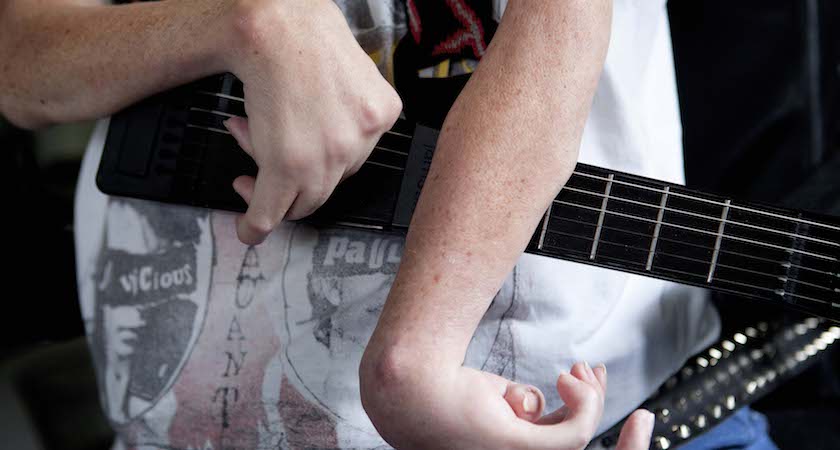 One of John's specially-adapted instruments

John went to a school for disabled people where his teacher also encouraged him to sing and play the piano.

The musician, actor and disability activist would perform at school concerts and later, when he was old enough, began performing in pubs.

Over the course of his career, he has sung Spasticus Autisticus at the 2012 Paralympic Games and performed on major stages around the world with artists including Herbie Flowers, The Blockheads and Linda Gale Lewis.

John has also adapted various instruments so he can play live. He refuses to let his disability get in the way - just as he parents and teacher never did.

He has now been revealed as the face of a new video campaign to promote equality.

Watch the video below

"When I was a kid I was given labels, I was told you're handicapped, because that was the language that was around in the 70s," he said. 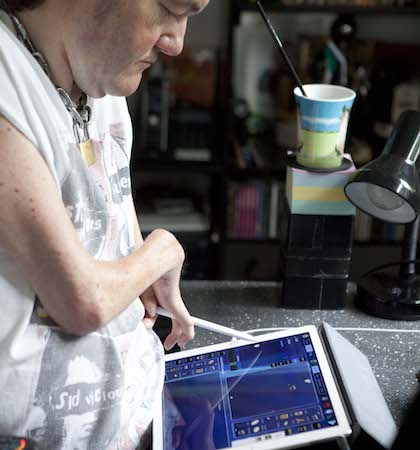 John Kelly is a talented musician

"To mum and dad I was their son, that was my identity, I was a kid and then all these other people come in and tell you what you are and you think 'I'm not really that, am I?'"

John hopes his video will help open up conversations around the word ‘disabled’.

Each tells their story and discusses their relationship with the label ‘disabled’ label and the stigma surrounding it.

"Our identity changes all the time," John said. "But little bits of it stick with us all the way through.

He added: “Disability for me is a human rights issue; it’s an equality issue.

"It’s about recognising my diversity, seeing my identity and getting on with it. We’ve still got a long way to go. Our voice still isn’t heard.

"When we accept each other, that's kind of alright, but I want to get to know you, to understand, to be mates, smile at you in the street, just be nice to each other, not tolerate, not just accept that we've got to share this planet with you.

"It'd be really nice to shake hands, have a conversation, make some music," he said.

“As disabled people, we’ve had enough. And we are going to fight - we’re not going to go away until we feel that we’ve got equality, that we can share the world together and we’re on equal terms.”

Speaking about his Irish roots in an Irish Post interview in 2015 he added: “Music is a really significant part of Irish culture and perhaps our biggest export.

"Irish people are steeped in music. It is in our blood. It was everywhere when I was growing up. My parents were always singing or playing records.

"They liked Irish traditional music, country and western, and rock and roll — so there was always Johnny Cash, Big Tom, the Dubliners, the Clancy Brothers, Wolfe Tones and Country classics.”