JACK the Ripper's final message to police just days before he killed Irish prostitute Mary Kelly has been put up for auction.

The notorious east London killer sent the postcard taunt warning that another murder was on the cards.

Days later on November 9, 1888, Mary Jane Kelly's severely mutilated corpse was discovered by a rent collector inside her bedroom at 13 Miller's Court in Whitechapel.

Kelly was the last of five woman known to have been murdered by the Ripper, who severed the Limerick native's throat down to the spine and emptied almost all of the organs in her abdomen.

It has long been assumed that the crimes ended because of the culprit's death, imprisonment, institutionalisation, or emigration.

The postcard, sent to Ealing police station in west London, reads: "Beware there is two women I want here they are bastards.

"I mean to have them my knife is still in good order it is a students knife and I hope you liked the half of kidney. 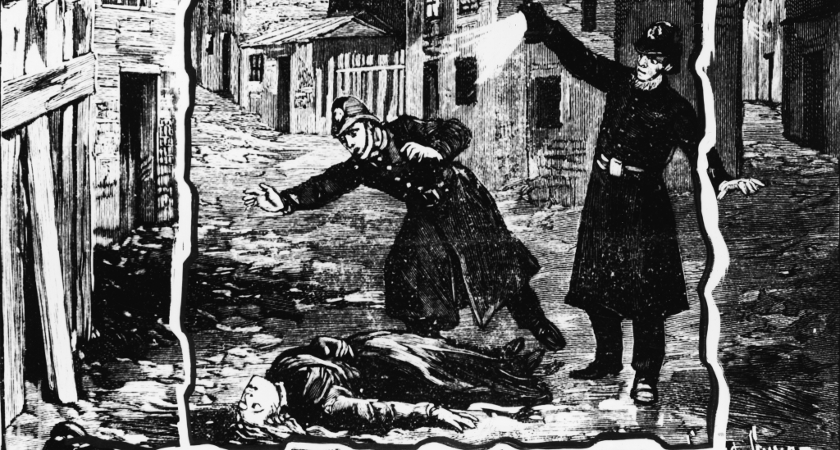 The Ripper murdered at least five women in east London between August and November 1888 (Picture: Wikimedia)

The owner of the note is the widow of a former Metropolitan Police officer, who was handed the closed Ripper file when he retired in 1966.

Doreen Hall, who is aged in her 80s, has decided now is the right time to put the disturbing postcard on the market – with an estimate price of £900.

"It makes you stop and think when you touch the card, it could have been handled by Jack the Ripper 130 years ago. It's a scary thought," said Mrs Hall.

Jonathan Riley of Grand Auctions, who are selling the macabre item, has consulted with high-profile Jack the Ripper experts who believe the postcard is authentic.

"The vendor contacted us and told us she had a postcard from Jack the Ripper," he said. "At first I suppressed laughter because I thought 'we've heard this before' but she then explained how she came to have it.

"The lady's husband was a policeman in the Metropolitan Police and when the file was officially closed on the Jack the Ripper case in 1966 he somehow managed to acquire the postcard and it has lay dormant in their home since then.

"The husband died some time ago and the postcard has remained tucked away in a drawer until now.

"This is a unique item – nothing like this has come up at auction before. 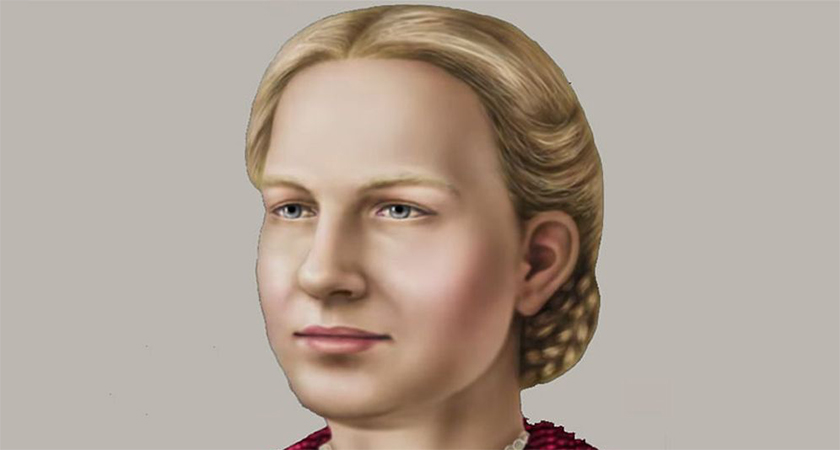 A reconstruction of Mary Jane Kelly's appearance before her murder and mutilation (Picture: YouTube)

"We have consulted the Jack the Ripper Museum in London and The Whitechapel Society, especially Stewart Evans, author of a book about Ripper letters and the authority on them.

"No such police related Ripper communication, and, with such good provenance, has been offered for auction in living memory, so we are dealing with a very rare artefact connected to a person who has never gone out of the news.

"The interest in Jack the Ripper grows every year because we will never get the answers".

But the topic continues to fascinate, fuelled by the steady release of books, films, documentaries and TV series.

Mr Riley added: "Jack the Ripper is far and away the most discussed serial killer in the world and is still big news.

"Nobody has ever discovered the identity of the Ripper, though many cranks and venturers claim they have done so.

"Our card is the first time a Ripper letter/card has ever been offered on the market for auction.

"Clearly many such epistles were written at the time, but none with police provenance have come up for sale, so it is unique in the auction world."

A US TV company has produced a documentary about the postcard – due to air later this summer.

The auction will take place in Folkestone, Kent on April 30.